Fay: When should the Reds call up prospects? 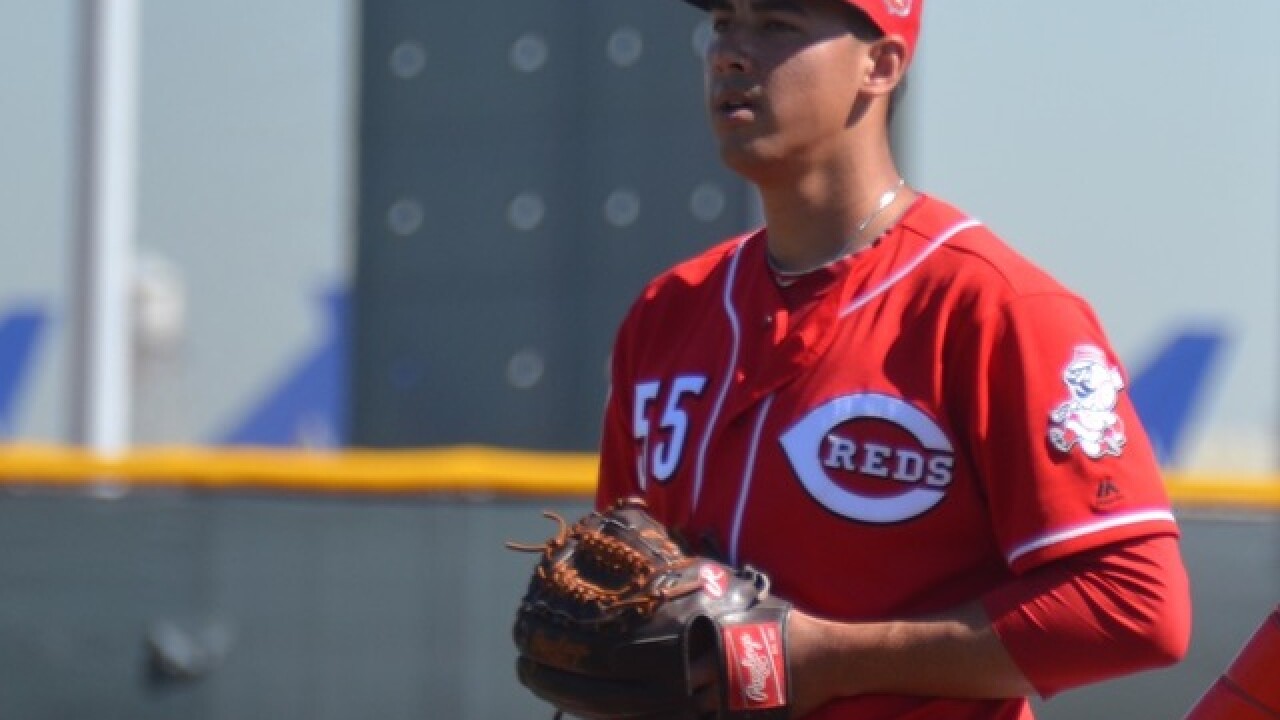 CINCINNATI — In a perfect world, you’d bring up prospects exactly when they’re ready.

Baseball, of course, is not a perfect world.

Peraza had the better spring, but the Reds had nowhere to play him. Stephenson is making Thursday’s start because Anthony DeSclafani is on the disabled list.

“Some time there’s just the necessity,” Price said. “We felt that last year, when we had a lot of guys hurt or running out of innings to pitch. We brought up guys from the minor leagues who probably weren’t ready at the time.”

Stephenson seemingly falls into that category. The Reds sent him down March 18. They gave him a second chance to make the team. But he allowed five runs in three innings in a March 28 start against Milwaukee. He walked the first three batters he faced.

Thursday’s outing is a one-start deal for Stephenson. He’ll almost certainly go to Triple-A after the start.

“We thought it was a good opportunity for him,” said Walt Jocketty, the club’s president of baseball operations. “He had a good spring up to the last outing. He learned something from that start. Hopefully, it’ll pay dividends (Thursday). We felt that we’ve seen enough progress in him that this would be a great opportunity -- day game, playing the Phillies.”

The alternative would have been to add a veteran journeyman type to make the one start. When you’re rebuilding, like the Reds are, it makes sense to go with the young guy.

The same could be argued with Peraza, the prize of the Todd Frazier deal. The plan was for Peraza to play second base, but that plan fizzled when Brandon Phillips refused a trade.

Peraza can play second, shortstop as well as outfield. There was a some thought of bringing him up as a super-utility type.

“We thought maybe we could get him four starts a week,” Jocketty said. “But he really needs to play every day. At some point, he may come up and move around. But at the start of the season, we thought it was more important that he go out and play every day.”

If Peraza tears it up at Triple-A, he could force the Reds’ hand. There comes a point where a player — particularly a talented one — has nothing to prove in the minors.

Peraza could reach that point.

“He’s getting close to that,” Jocketty said. “He had a real good Triple-A year last year. We just felt initially it was better for him to go out and play every day at least the first few weeks, month or so of the season.”

The Reds have other players who fall into the same class. Left-hander Reed and left fielder Jesse Winker could play their way into the big leagues.

Reed outpitched Stephenson during the spring. But Stephenson is on the 40-man roster, and Reed isn’t. Roster ramifications play into nearly every transaction.

The Reds will be facing the “when?” question a lot during the rebuild. It’s impossible to know definitely.

“It’s an imperfect science,” Price said. “You think about Ken Griffey Jr., you think about Mike Leake — guys that’s there’s a connectivity with Cincinnati. Junior played some Double-A ball in ’88, and then he makes the team out of camp in ’89 and he never goes down.

“Leake pitched in extended spring and the Arizona Fall League, and he’s in the big league with the expect of five or seven games in Triple-A.”

Griffey is the ultimate rarity — a first-ballot, near-unanimous Hall of Famer. Leake was the top college pitcher in his draft.

Stephenson was drafted out of high school. Peraza signed as a 16-year-old out of Venezuela. You have to look at more than numbers in determining if they’re ready.

“You really have to look at the physical component on how they’re able to play at this level,” Price said, “and the emotional component of whether they’re able to deal with that challenge of believing they can play here at a high level — and if they don’t, that the struggle or the failure isn’t going to stay with them and have them lose their confidence for significant period.”

As Jocketty said, this is a good spot for Stephenson. He’s pitching against the Phillies (a team rated below the Reds by many).

The last time the Reds brought up a No. 1 pick out of high school, it was Homer Bailey in June 2007. Bailey debuted against first-place Cleveland. He won that game. But Bailey ended up struggling in that call-up. He wouldn’t stick in the majors full-time until 2010.

Give what they know now, the Reds would probably have left Bailey in the minors longer. But only in a perfect world would they know that.