Whatever your budget, we've got a great Valentine's Day dinner spot for you. But reserve now!

An eclectic mix of 9 top tables in the region 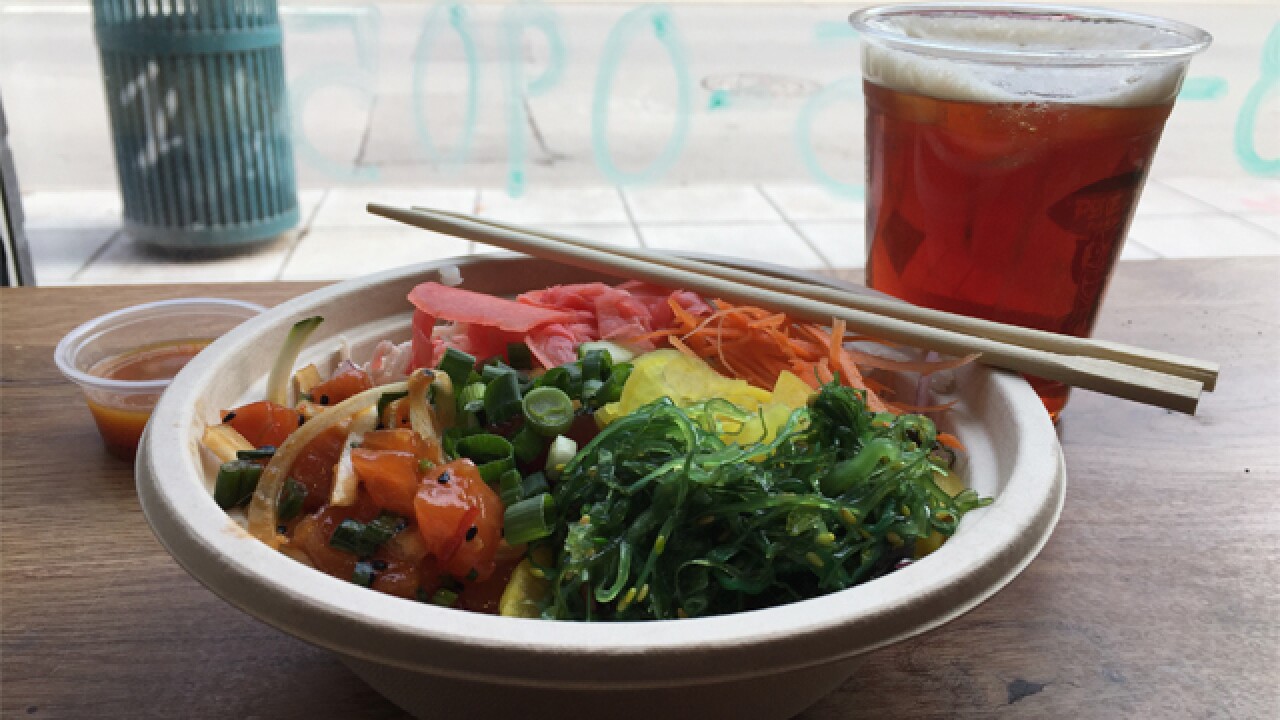 Copyright 2018 Scripps Media, Inc. All rights reserved. This material may not be published, broadcast, rewritten, or redistributed.
Provided

Beauty is in the eyes of the beholder, or so said Benjamin Franklin, David Hume and William Shakespeare in as many words. Ergo, there's really no "one size fits all" when it comes to dinner aux deux on Feb. 14.

From college-student budget to wallet-walloping haute cuisine, here's an eclectic mix of nine top tables in town for Valentine's Day. (We'll leave the reservations to you.)

L: When it's "go big or go home," just go to Restaurant L. Culinary mastermind and baron of bonhomie Jean-Robert de Cavel and his team will be offering a four-course selection that includes the following options: a lobster salad with blood orange and watercress; seared foie gras with cherries, parsnips and lentils; rack of lamb with red cabbage, sunchokes, goat cheese and chanterelle mushrooms; and a selection of bite-sized sweets. Dress to impress, preferably in something with a little stretch. You're gonna need it.

Orchids at Palm Court: In case you haven't heard, as of early February there's a new Gallic genius orchestrating all things edible at the historic Hilton Netherland Plaza. Be the first of your friends to try the brand-new menu designed by Maxime Kien, a native of the Cote d'Azur area. Kien, who also has cooked in London, Atlanta, Las Vegas and Cleveland, has a noted soft spot for Mediterranean flavors and seasonal cooking. Let's hope he also has big ideas for the small bites at the Palm Court happy hour.

Otto's: It always feels good to celebrate "where everybody knows your name." Mainstrasse mainstay Otto's neatly fits that bill for many of its neighborhood regulars, but destination diners wouldn't be remiss to make the trek south. The signature fried green tomatoes with housemade dipping sauce (akin to ranch), not to mention Otto's tomato pie with basil, are pure Kentucky comfort foods served with more than a dash of European bistro flair.

Muse: Even gluten-free vegans like to throw down on Valentine's Day -- or so we've heard. Ditch the juice bar and kale snacks and head to Muse in Mount Lookout. Its highly inventive dishes are sure to please more virtuous diners, as well as those of us greedy plebeians looking to tuck into something rich and tasty. Chef Jen Kempin will be serving both vegan and carnivorous multi-course menus including butternut gnocchi, sous vide local lamb shanks and a vegan pavlova (made from aquafaba, or chickpea cooking liquid) with wild blueberries.

O Pie O: "I'd like the pie heated. And I don't want the ice cream on top. I want it on the side." Thus began Sally Albright's hyper-specific dinner with Harry Burns in the rom-com classic "When Harry Met Sally." It stands to reason that Sally would totally approve of an entire restaurant devoted to foods encased in buttery crusts. But do yourself a favor and don't micro-manage the chef at O Pie O. Both the lemon bar and honey vinegar pies are a study in flavor balance while still being sweet enough to keep you well out of the friend zone.

Walt's Hitching Post: It's my dad's local favorite for a reason -- a killer bourbon selection (try the Willet Pot Still Reserve!), racks of ribs and whole chickens smoked on site, excellent steaks that won't break the bank and hearty side dishes of creamed spinach and mac-and-cheese. I love the old-school equestrian vibe, not to mention the fact that he always picks up the check.

Poke Hut: If high heels and high dollar aren't on the agenda this year, don't settle for soggy sandwiches or tasteless tacos. Pop into Poke Hut, the latest and possibly greatest thing to happen to homegrown fast casual in a long time. Engineers Baret Kilbacak and Sally Lin were inspired to try their hand at the restaurant business after Kilbacak enjoyed eating poke (rice, sushi-grade fish and seasoned vegetables) on a Hawaiian surfing vacation. Their version is a colorful, build-your-own sushi bowl -- ideal for a quick and healthy dinner before the evening's more, er, amorous activities.

Sartre OTR: Does your heart feel as black as your beatnik turtleneck this year? Yeah, mine too. Belly up to the bar at this existential Over-the-Rhine oasis and treat yourself to a hearty salad Lyonnaise followed by the steak frites (rare, please) and a glass or two of Bordeaux. Just think, your sarcastic-yet-sensitive soulmate might turn up two stools down, devouring the porchetta with Parmesan broth while hiding behind a tattered copy of "No Exit." Hell isn't always other people.