What happened to headline-making Cincy minister? 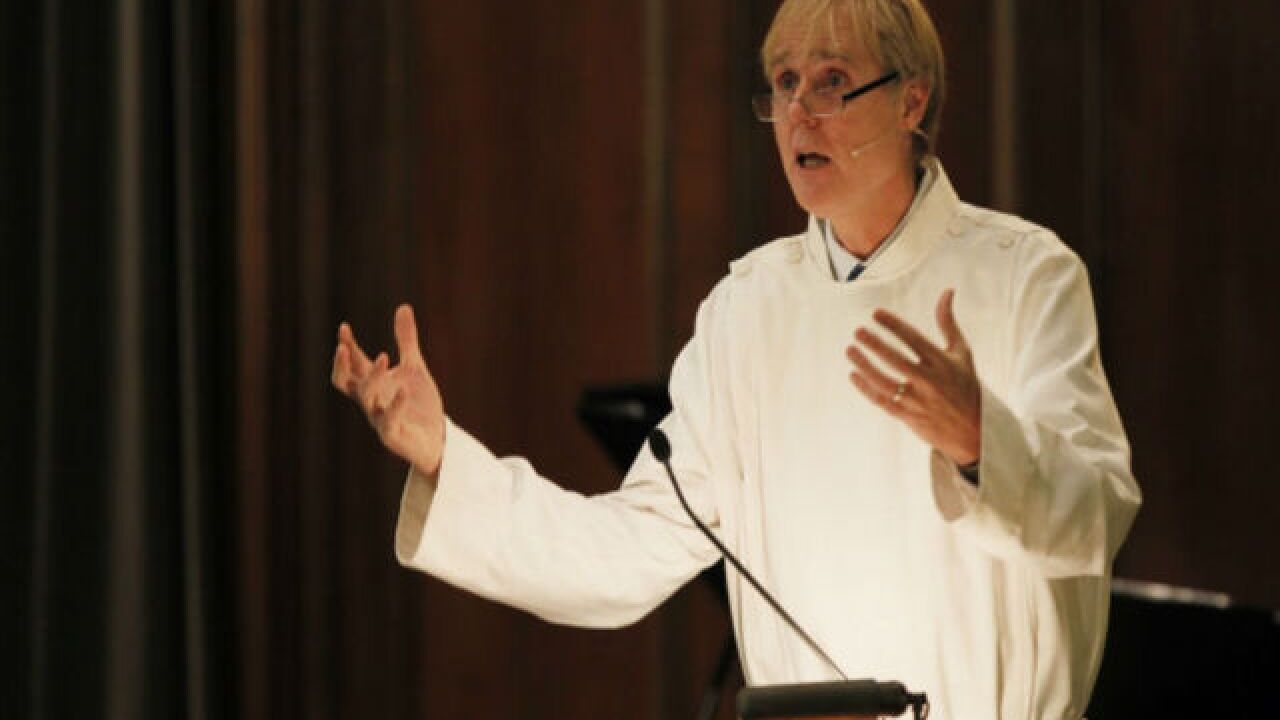 CINCINNATI -- On Sunday, Christians around the world will celebrate Easter, the day they believe Jesus Christ came alive after being put to death by the religious authorities of his day.

They will celebrate, too, at Lake Street Church in the Chicago suburb of Evanston, Illinois, where the Rev. Steve Van Kuiken is the pastor. Traditionally at the end of the Easter service, the congregation releases helium-filled balloons that float to the ceiling of the Gothic-style sanctuary, and slowly descend to the floor during the following week.

When he was the pastor of Mount Auburn Presbyterian Church in Cincinnati in 1983, he made national headlines when the local Presbyterian governing body defrocked him because he had performed marriage ceremonies for same-sex couples.

The Presbytery of Cincinnati, a group of 86 local churches that included Mount Auburn, voted to remove Van Kuiken as pastor of the church. Almost a year later, a higher Presbyterian church court, the Permanent Judicial Commission of the Synod of the Covenant, reversed that decision and reinstated him as a minister.

The vindication came a little late for Van Kuiken, who had already accepted a separation agreement from Mount Auburn, which he said included about a year’s worth of pay.

At that time, the Presbyterian Church USA permitted “holy union” ceremonies between same-sex couples, but nothing, such as an exchange of rings, that might cause people to confuse them with a real marriage ceremony. In those holy union ceremonies, ministers were not allowed to imply that they were blessing sexual intimacy, either.

“It’s a travesty,” Van Kuiken told the Cincinnati Post at the time. “Why do it at all, if that’s the case?”

After he left Mount Auburn, Van Kuiken served as pastor for a small group of former Mount Auburn members that called themselves The Gathering. They met initially at one another’s houses, then at the former St. George Catholic Church building in Clifton, then in an Over-the-Rhine storefront.

The congregation could only pay him for part-time work, so he took a job working in a halfway house in Over-the-Rhine for former federal prisoners. After about seven years of doing both jobs, he said, it began to wear on him, and he started looking for a full-time pastoral job.

He found one in 2009 at Rincon Congregational United Church of Christ in Tucson, Arizona. The only reason he’s not still in Cincinnati, he said, is he couldn’t find a church liberal enough for him.

Van Kuiken loved living and working in Tucson, he said, but it was a bit far from his grown daughters in Cincinnati and the relatives of his wife, Jennifer Hackman, who also live nearby.

Three years ago, he took the job in Evanston because it was closer to home, he said, but also because the congregation felt like a better fit for his beliefs. It’s officially part of the American Baptist Churches USA, which he said is the most liberal Baptist denomination, he said, but “it’s way to the left” of any other American Baptist church.

Visitors would recognize Sunday worship as being rooted in the Christian tradition, he said, with readings from the Bible, organ music and some familiar hymns. But they would also hear some Buddhist or Hindu readings, he said, because many of the church’s 200 or so members also identify with other religious traditions.

The congregation also believes strongly in working for social justice, he said, and the church has been “welcoming and affirming” toward gay and lesbian members since 1993.

Since the PCUSA defrocked Van Kuken, much has changed in that denomination and in attitudes about same-sex marriage in society at large.

In March 2015, the PCUSA agreed to change its definition of marriage from a covenant between a man and woman to one between two people. In June, in the case of Obergefell v. Hodges, the Supreme Court made same-sex marriage legal in all 50 states.

It surprised Van Kuiken how quickly things changed, he said, and he thinks that what he did helped move the needle a bit in the Presbyterian Church. He’s proud to have played a small role in changing society’s attitudes, and the rapidity of the change gives him hope for other social justice struggles.

“One thing I’ve learned is that it’s not hopeless. It can change,” he said. “All these causes we’re working for now, whether it’s racial justice, or universal health care, any kind of thing, we’re working for victories that we can’t even imagine will happen. It’s a very hopeful thing.”