What neighborhood matters most in the race for mayor, City Council? College Hill or Bond Hill 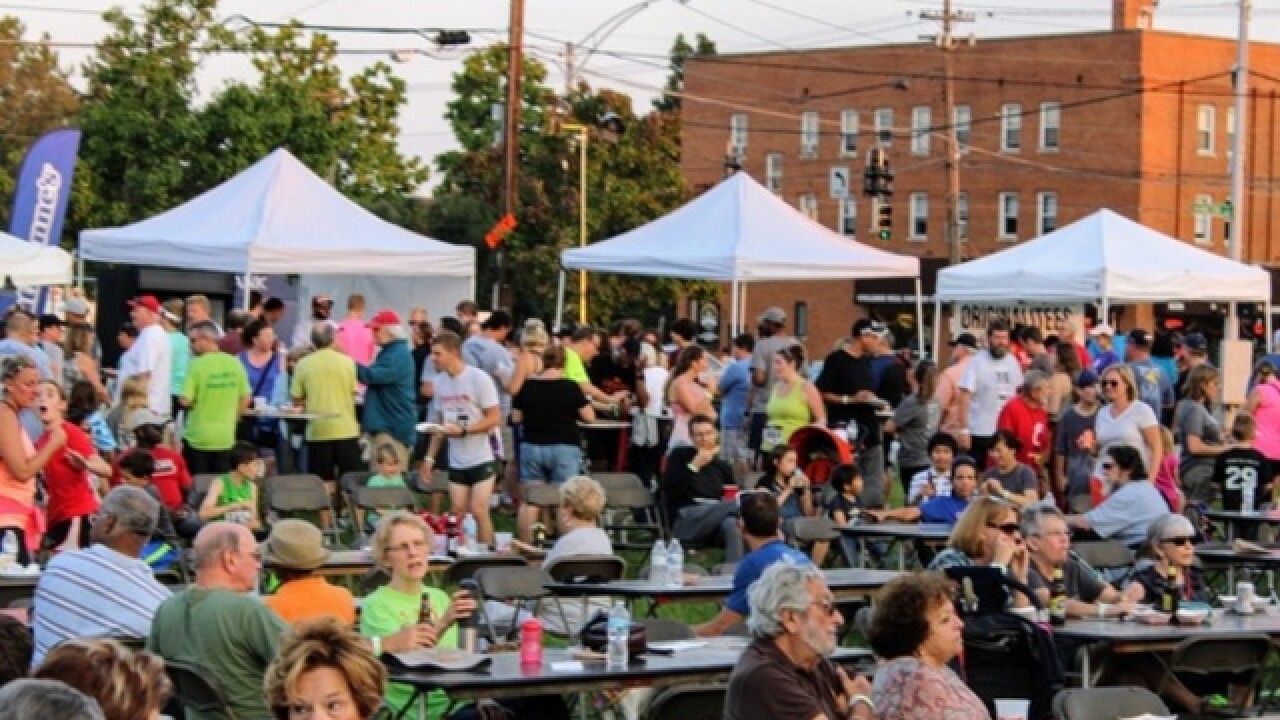 CINCINNATI -- Don’t be a no-show at the Pumpkin Patch Fall Festival and Pig Roast in College Hill in October. It could be political suicide.

“If you’re running for City Council, you should already know (the pig roast) exists and you should be there," said Seth Walsh, executive director of College Hill Community Urban Redevelopment Corporation. "And if you’re not there, it leaves you in a really bad position.”

Not only is College Hill home to one of the city’s largest voting wards, this eclectic neighborhood is a hotbed of political activism. That’s why it is considered one of the most important voting wards as city residents prepare to elect a mayor and City Council.

With the election only about six weeks away, candidates must be very strategic about where they spend time. Especially since more than 50 percent of the vote in the May mayoral primary came from just seven wards, according to political strategist Jens Sutmoller.

“You go where the people are and that’s what the candidates are doing,” Sutmoller said. "Time and time again those same seven wards, or top 10 wards, really do constitute such a large majority of the voting population of Cincinnati."

WCPO asked three political strategists to pick the most important of the city’s 26 voting wards. Here’s what they picked:

The diverse mix of people who live in Cincinnati’s northernmost neighborhood mirrors the makeup of the entire city, so College Hill’s Ward 23 is known as the predictive swing.

It could be the bellwether in the mayoral race between City Councilwoman Yvette Simpson and current Mayor John Cranley, and a good predictor of who wins City Council, Tighe said.

In the 2013 election, voters here correctly picked eight of the nine City Council winners, and some in order of the citywide votes they received.

"Ward 23 is the center of the universe," Sutmoller said. "Whoever wins College Hill wins elections."

That’s why candidates showed up in droves at the Blues and Brews Festival last weekend.

“It was a great litmus test,” Walsh said. “The candidates who get really warm receptions are the ones who have been here and know what’s going on.

College Hill takes local politics very seriously. So seriously that 15 of the neighbors there volunteered to plan a candidate forum on Sept. 26.

“We’re a priority for candidates," said Tina Stoeberl, owner of College Hill Coffee Company and Casual Gourmet. "And if they’re smart, they get that. We kind of decide who gets seated and you have to win College Hill, to win.”

“We have some real momentum going here and we want to … seat people who get what we’re doing,” Stoeberl said. “We certainly don’t want the brakes put on, at this point.”

The sheer size of Westwood’s Ward 26, the largest in the city, gives it a prestige all its own.

“It houses almost 10 percent of the voting population for the city’s registered voters,” said Westwood native and City Council candidate Henry Frondorf. “There are 217,000 voters registered in the city and 20,000 of them are in the 26th Ward.”

RELATED: Westwood is drawing residents from pricier neighborhoods -- and winning them over

That’s why candidates signed up early to serve beer at the Westwood Art Show and Second Saturday in September.

“They were either serving beer or walking around shaking hands,” said Xavier University government relations director Sean Comer. “In the beer booth, every hour a new candidate was coming in to serve beer.”

After years of decline, Westwood is now on the upswing as young homebuyers are attracted to the affordable housing stock. This traditionally conservative neighborhood is also becoming more diverse, making it a better indicator of overall election results compared to a decade ago, Comer said.

“I think the myth is that it’s very conservative, and that’s not the case,” Frondorf said. “I have both liberal and conservative friends.”

Yet Cranley won this ward in the May primary, which isn't surprising since he has a lot of support from West Side voters. He grew up in Price Hill, which is just south of Westwood. But Simpson did perform well in some precincts.

What do Westwood voters care about?

Slowing down traffic for the safety of walkers in the historic business district. And crime. While crime has improved dramatically, it still prevents Frondorf from getting a pizza delivery at his house past 6:30 p.m.

Another big obstacle for Westwood is its historically lackluster turnout on Election Day. The last time voters elected a City Council and new mayor in 2013, voter turnout in Westwood was just 22 percent.

The tremendous economic growth in Oakley and the influx of young professionals into Madisonville has boosted the diversity – and the importance – of Ward 2.

“It shows the makings of being a bellwether ward,” Tighe said.

The mayoral primary in May was extremely close here– just 9 votes separated Simpson from Cranley. They each claimed roughly 40 percent of the vote.

What happens in the general election, when voter turnout is much higher, is something strategists will watch closely.

“What’s so interesting about the second ward is they have this mix … Madisonville is traditionally an African American community and Oakley is full of young professionals, so that’s a very eclectic ward,” Tighe said.

Because it is so competitive, Cranley and Simpson will likely spend a lot of time here, Tighe said.

In fact, Cranley ran in Madisonville’s 5k race on Sept. 9 and Simpson attended the Jazz and BBQ Fest afterward.

“We always get a lot of attention, especially in a citywide election," said Bob Igoe, a longtime resident and business owner. "We’re a very important neighborhood because of our diversity,”

What are top priorities for Oakley and Madisonville voters?

In Oakley, the top issue is lack of parking for its growing entertainment district. But in Madisonville, the revitalization of its historic business district is top priority, Igoe said.

Madisonville residents aren't happy about the city’s slow pace on a mixed-used development that has been in the planning stages for years at the corner of Whetsel Avenue and Madison Road, Igoe said.

“We’re definitely a neighborhood where we have to have a reason to participate in this mayoral race,” Igoe said. “I think a lot of people feel they have to get engaged in it.”

The ethnically diverse Ward 14, which leans progressive, is another key spot this election season.

“Kennedy Heights especially, for a number of years, it was almost an identical outcome to what the election looked like, both council and mayor,” Comer said.

That’s a majority the Simpson campaign would like to keep.

“Our strategy is not only to hold that 50 percent, but increase that share,” said Simpson’s campaign manager Amanda Ford. “It’s been one of our top wards since the beginning.”

Pleasant Ridge is a mix of large stately houses and more affordable homes on tree-lined streets with a nearby recreation center.

“Pleasant Ridge is the most racially and ethnically diverse neighborhood in the city of Cincinnati, which we think is a strength,” said Greg Laux, assistant vice-president of the neighborhood’s community council.

What do Pleasant Ridge voters care about?

Traffic and pedestrian safety is the top issue here, with more people walking to bars and restaurants in a booming new entertainment district. Neighbors have posted signs along Montgomery Road, reminding drivers to slow down.

Justin Wilkey, treasurer and former president of Pleasant Ridge Development Corp., describes his neighborhood as “the perfect mix of everything you can get out of Cincinnati.”

While it’s a majority Democratic area, there are still some Republicans who could come out for Cranley, Tighe said. While Cranley is a Democrat, he tends to attract more moderates in his party, as well as Republicans who don’t have a GOP candidate for mayor.

“He needs to hunker down and knock on a bunch of doors out there,” Tighe said.

In fact, Wilkey saw Cranley stumping for votes on his street a few weeks ago.

For his part, Cranley is focusing on all of the swing neighborhoods, including Pleasant Ridge and Kennedy Heights.

“I certainly think the places you mentioned are likely to have more, for lack of better word, moderate voters, more swing, that are populated with people that aren't pre-disposed to vote for one or the other,” Cranley said. “I will certainly be spending time (there).”

While Ward 7 is not a swing ward – it is predominantly African American and it heavily favored Simpson in the primary – its importance cannot be overstated in the mayoral race.

“Ward 7 is the most important of all the wards,” Comer said. “It has seen the least amount of change over time, the same issues have persisted, and it has not seen the same type of investment other communities have seen.”

Heroin addicts walk up and down the streets.

Truckers, who come here for the prostitutes, have gone so far as to solicit girls waiting at the school bus stop in the morning, Pierce said.

“As soon as we started campaigning, Ward 7 was our top ward,” Ford said. “It was our top priority for phone calls, our first phone bank for the primary was here, and Ward 7 has always been a priority for canvassing.”

Looking back to the 2005 race for mayor between David Pepper and Mark Mallory, it’s easy to see why Ward 7 is so important.

“In 2005, David Pepper was winning all night long until the Ward 7 votes came in, and they came in last,” Comer said. “That’s what flipped the election – 4,000 votes for Mark Mallory and 500 for David Pepper.”

But those same Ward 7 voters helped Cranley defeat Roxanne Qualls and become mayor in 2013. The big question is how much of that support he can carry into this year’s election.

Voter turnout in Ward 7 is historically 30 to 35 percent, and Nelson is hoping to stay in the top part of that range this year.

While turnout was over 40 percent when Mallory won in 2005, Ford said, the campaign is unsure they can duplicate that.

“It would be truly great for us to see over 40 percent turnout,” Ford said.