What happens when federal agents launch a probe at an agency like the MSD? 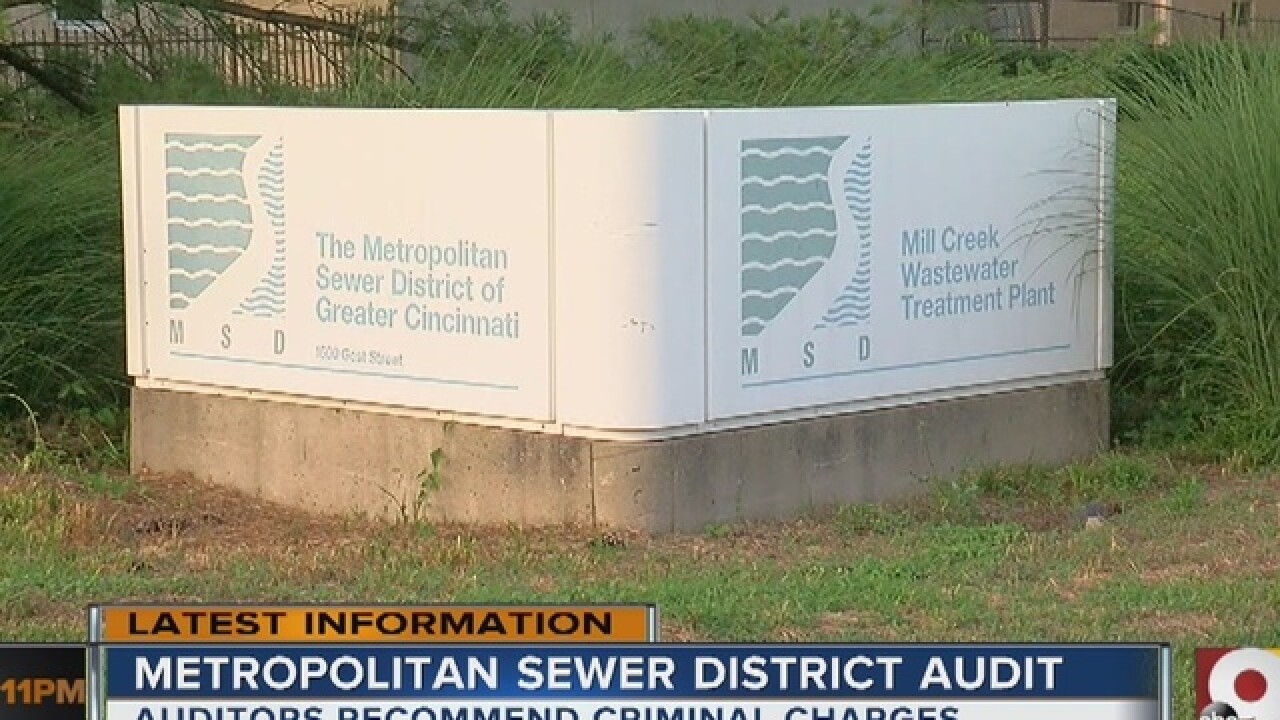 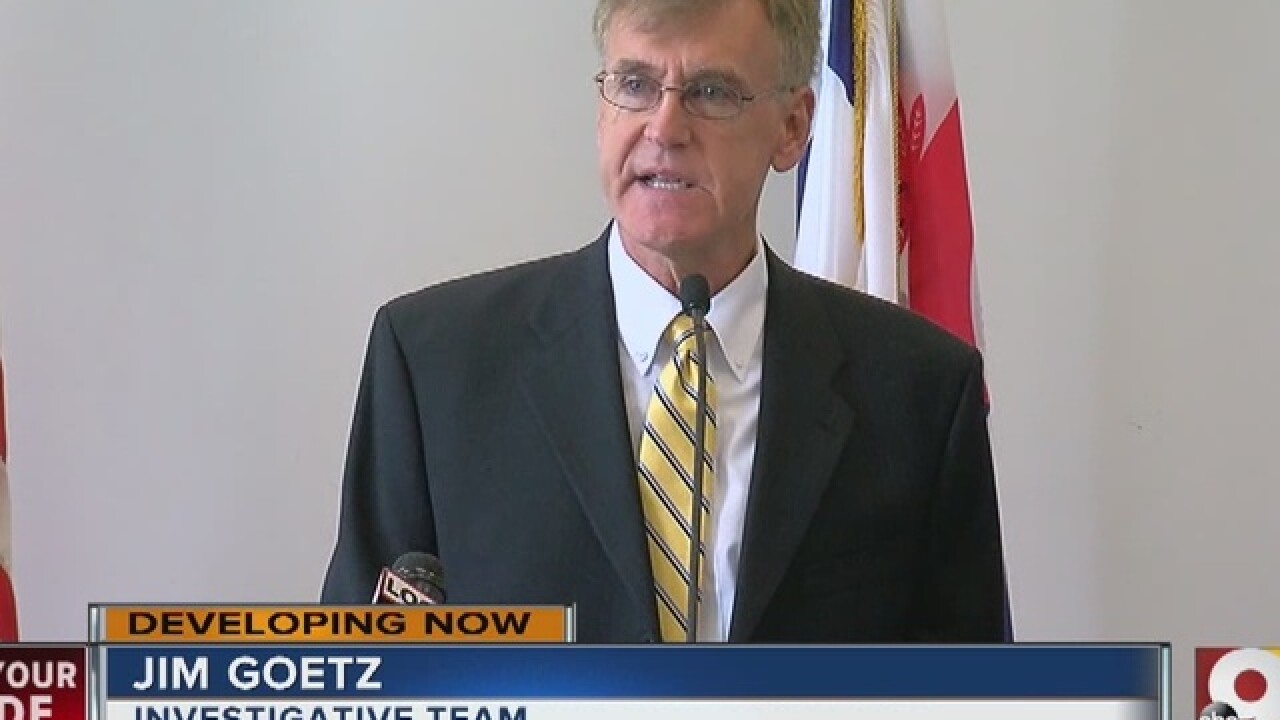 It could take many years for federal authorities to finish their probe of the Metropolitan Sewer District.

A white-collar criminal investigation that spans years, and involves layers of people and mountains of documents, is an enormous undertaking, experts said.

“Something like this could end up spanning half a decade,” said Ben Dusing, a former federal prosecutor who now handles white collar criminal defense cases at the firm he founded, BGD Law.

“This is an epic example – you have something that spans a number of years, that covers a lot of area in term of scope, and there are a lot of emails to recover and sort through,” Dusing said. “You’ve got your yourself a good old fashioned cluster here.”

On Tuesday the city released a 49-page audit blasting past MSD operations for poor oversight, ignoring city policies and potentially wasting millions over an eight-year period.

"This was an extreme example of contracting-out running amok," said City Manager Harry Black, who inherited the mess from his predecessor until he made changes in 2015.

Auditors did not say anyone broke the law at MSD, but they did urge further investigation by “an outside agency” to determine if a crime occurred.

This week Hamilton County Prosecutor Joe Deters said that the U.S. Department of Justice told him they are investigating the MSD, so he will wait until they finish before he launches his own probe.

“I wouldn’t read too much into the fact that the FBI has begun an investigation,” said Kathleen Brinkman, a former federal prosecutor in Cincinnati who handled white-collar and public corruption cases for 24 years before joining the Porter Wright law firm as a criminal defense attorney.

Auditors often suggest authorities look into their findings if they uncover anything questionable, she said.

“They look totally at the business view of it… They don’t have the full facts about what is in anybody’s mind,” she said. “It’s rare that auditors look at anything other than internal records. They will not be looking at personal bank records … to see if there was a sudden acquisition of wealth.”

No one in this case has been charged with any crime. None of the former federal attorneys interviewed for this story had any direct knowledge of this case. They have no idea the size or scope of the investigation, or how it will end.

But their decades of experience shine a light into what usually happens when federal agents launch a probe into a public agency.

“They’ve made it easy for the agents by preparing this report,” said W. Kelly Johnson, a former assistant federal public defender who now works at Porter Wright. “They’ve got a roadmap to at least know where some of the issues might be.”

The audit puts the blame for mismanagement on former MSD Director Tony Parrott and former City Manager Milton Dohoney. It was Dohoney who gave Parrott contract signing authority – essentially, total oversight and free reign over procurements and the MSD checkbook -- in 2007.

The bulk of the audit focused on the widespread use of consultants to fill roles that could have gone to city employees over the years.

But it also raised the issue of whether Parrott violated the city residency requirement by living in Butler County and falsified his annual financial disclosure statements. And it pointed to nepotism at an MSD internship program, where seven children or grandchildren of city employees were hired.

“We’re going to have to just wait and see,” Johnson said. “The feds wouldn’t share information with investigators doing this internal audit. So we don’t know how deep the feds are into this.”

Public corruption is taken very seriously by the U.S. Attorney’s office in the Southern District of Ohio, where a task force in Columbus specifically targets the crime, experts said.

“High priority public corruption cases are at the top of the stack when it comes to priority, both in terms of urgency and dedication of resources,” Dusing said.

At this stage in the MSD investigation, agents are likely trying to answer a number of questions, Brinkman said.

“Did somebody take a kickback? Did somebody make false statements to protect their job? Did somebody steer government contracts to somebody just as a favor or to a friend,” she said.

But emails are often the most valuable, experts said.

That’s because a key element in common white-collar crimes such as fraud or knowingly making false statements focus on a person’s intent, experts said.

“Was it intended to happen or did it happen by accident or did it happen despite best efforts of people? That has to be proven by circumstantial evidence,” Dusing said. “Rarely do they have an email saying, 'I’m intending to defraud the city.'”

Even if an investigation is public knowledge, agents may still use covert techniques to gather evidence.

“They can still wire people up to have conversations with others,” Brinkman said.

It could take years for agents to finish their probe -- unless they uncover obvious wrongdoing, experts said.

Once agents finish gathering evidence, it is up to the U.S. Attorney’s office whether or not to prosecute.

“Prosecutors are very powerful,” Brinkman said. “There is no bright line between what is considered lax or poor business practices, or absences of controls and safeguards, and when it crosses the line into criminal activity. It’s in eye of beholder - and the beholder is the prosecutor.”

“If someone at the FBI spends a million dollars in taxpayer money on executing search warrants and spending public resources to a significant extent, it doesn’t take a genius to figure out there is some kind of pressure to make that pay off,” Dusing said.