What does it take to be an 'investible' entrepreneur? Top startup leaders share their secrets 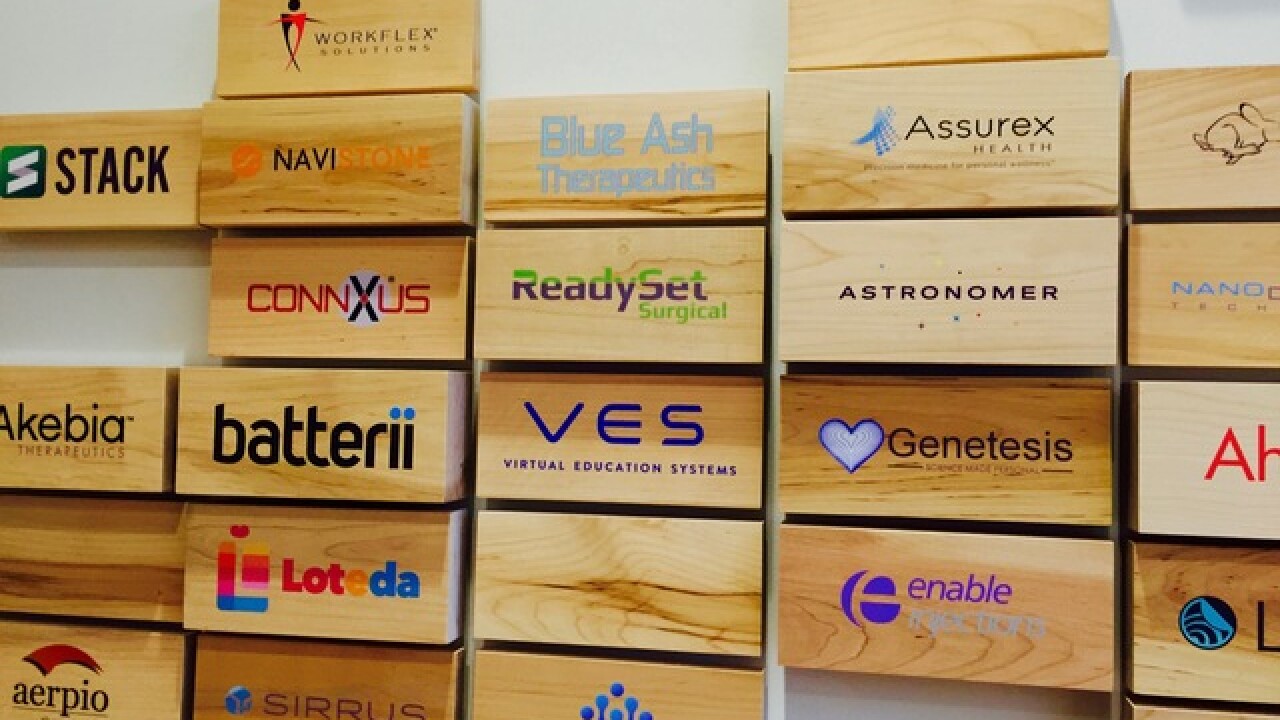 Copyright 2017 Scripps Media, Inc. All rights reserved. This material may not be published, broadcast, rewritten, or redistributed.
Provided
<p>The Cincinnati model is a community where our largest companies solve their toughest problems by turning to some of the brightest startups and entrepreneurs.</p>

CINCINNATI -- A shout rings out each time a new fund grows the pool of Cincinnati angel and venture capital.

Recent boosts include $20 million for follow-on investing from Blue Chip Venture Co., ideally with more to come from other firms.

It may surprise emerging entrepreneurs looking to join the startup economy, but area startup leaders agree that expanding the amount of accessible, available, Cincinnati-focused funding capital is just step one for growing the tech economy. In fact, entrepreneurs may be surprised to discover that their hardest work does not revolve solely around raising money.

So what is most important?

As local funding options increase, Cincinnati's startup leaders shared advice on what it takes to be an "investible" entrepreneur and achieve the goal of launching a successful company.

Tim Schigel, founding partner of Refinery Ventures, and former fund manager at Cintrifuse, Cincinnati's private-public support network for tech-based startups, is convinced that entrepreneurs have to make networking priority No. 1.

"Network, network, network," Schigel told WCPO.com. "Talk to as many people as possible to challenge your plan. You want people to shoot holes in your idea because it will make it better. The network will also help you recruit team members and make warm introductions to investors. Remember, investing is a relationship business. In the earliest days, investors are betting on you."

For Schigel, successful entrepreneurship relies on a deep understanding of the business problem your unique products or services will solve. It's about having a business strategy different from what's in the market, he said. Becoming an "investable" entrepreneur means building a problem-solving product that's indispensable to your customers.

Then, you'll be powerfully attractive to potential investors.

Considering that their offices share Union Hall's third floor, it's not all that surprising that Mike Venerable, president of CincyTech, a leading Southwest Ohio-focused seed fund, shares Schigel's opinion on founders needing deep, deep knowledge of the markets they seek to disrupt and transform with their new companies. In fact, Venerable believes the learning curve for entrepreneurs to be even steeper.

"Founders need to demonstrate that they are already actively digging into the market they are pursuing, seeking feedback on their concept and learning from those interactions," he said.

In looking for an investable entrepreneur, Venerable says, he and his CincyTech colleagues look for founders and CEOs with grit, perseverance and knowledge about their market.

"It's almost impossible to build a successful company from scratch," Venerable said. "So mindless perseverance is necessary."

Patrick Henshaw, director of development at Cintrifuse, cautions against falling into the overly safe mindset of a conservative Midwesterner.

"As an entrepreneurial community, we need to understand how to take more calculated risks," Henshaw said. after the Innovation Xchange, Cintrifuse's fourth annual event that connects startups, corporations and VC firms. "Now, I'm not recommending that people run off the side of a cliff with their arms flapping. I'm talking about calculated risks that source what's best about the conservative natures of Midwesterners.

"Local founders aren't interested in building an app for an app's sake," Henshaw said. "They're not building the next flappy bird game. They're interested in real ideas, products and services that actually solve problems."

Besides a Midwestern preference toward safe choices, other challenges are preventing Cincinnati-area entrepreneurs and founders from becoming "investible."

Don Aquilano, managing director at Allos Ventures, agrees that experienced leaders, especially those with a startup track record, and solid mentors can help emerging entrepreneurs understand the steps ahead of them. The challenge is finding enough of these experienced startup leaders in the Cincinnati area.

"The number of experienced managers of successful tech businesses can be limited depending on the company," Aquilano said. "However, it's improving. Each successful exit breeds better, more experienced entrepreneurs who can help new founders avoid speed bumps and potholes. These experienced tech leaders take thoughtful risks and drive more value than founders on their first go-a-round."

Gary Darna, co-founder of the Cincinnati-based startup CompleteSet, an online archive, map and marketplace for fans to buy and sell items including Star Wars collectibles, understands what it takes to be investable thanks to acquiring $1 million in seed funding from the M25 Group, a Chicago venture-capital firm.

Darna agrees with Aquilano and Henshaw about the importance of company founders assembling great teams. He also believes an investable startup must have traction.

"You must have preorders, customers, users and, best of all, revenue," Darna said. "Traction is important to investors because it begins to prove there's a market for the startup's product or service. Traction also demonstrates an entrepreneur's ability to execute."

Granted, local startup leaders like Aquilano may emphasize the importance of quality teams, a deep and passionate understanding of their customers, and strong networks, but the Allos Ventures managing director as well as his venture colleagues often return to the topic of the need for greater capital funding in the Midwest.

Luckily, support for area startups, from funding to connections to education and the possibilities of pilots with large corporations, continue to grow via homegrown agencies like The Ohio Third Frontier Entrepreneurial Services Provider (ESP) as well as outside investments from firms like M25.

"Cincinnati successes like the acquisition of Assurex Health and the phenomenal growth of companies like Everything But The House help convince outside investors that startups in Cincinnati have access to top talent," she said. "These successes will also create a new crop of entrepreneurs and continue to grow the Cincinnati ecosystem."

By ecosystem, Donohue does not mean separate silos of startups and big corporations coming together for select networking events. The Cincinnati model is something stickier.

"A great advantage to Cincinnati is the fantastic local entrepreneurial community as well as the highly engaged corporate community," Donohue said. "Continuing to build that ecosystem, where some of the largest companies in the world can solve their toughest problems by turning to some of the brightest startups and entrepreneurs in the world, is a recipe for success."

1) "Under-promise and over-deliver." -- Tim Schigel, founder and chairman of ShareThis

3) "Investors do not want to see a single guy or gal heading a company. They want to see the build-out of a quality team, a hustler, a hacker and a designer." -- Patrick Henshaw, director of development at Cintrifuse

4) "Be collaborative. Be transparent. Don't be one of those startup founders who feel entitled. That's a breath of fresh air for funders." -- Don Aquilano, managing director at Allos Ventuers

5) "Get to know which investors are interested in your area of business and have a passion for you to succeed. Those are investors most likely to align with your needs." -- Falon Donohue, VentureOhio CEO