He's a 'Superman' of cup stacking 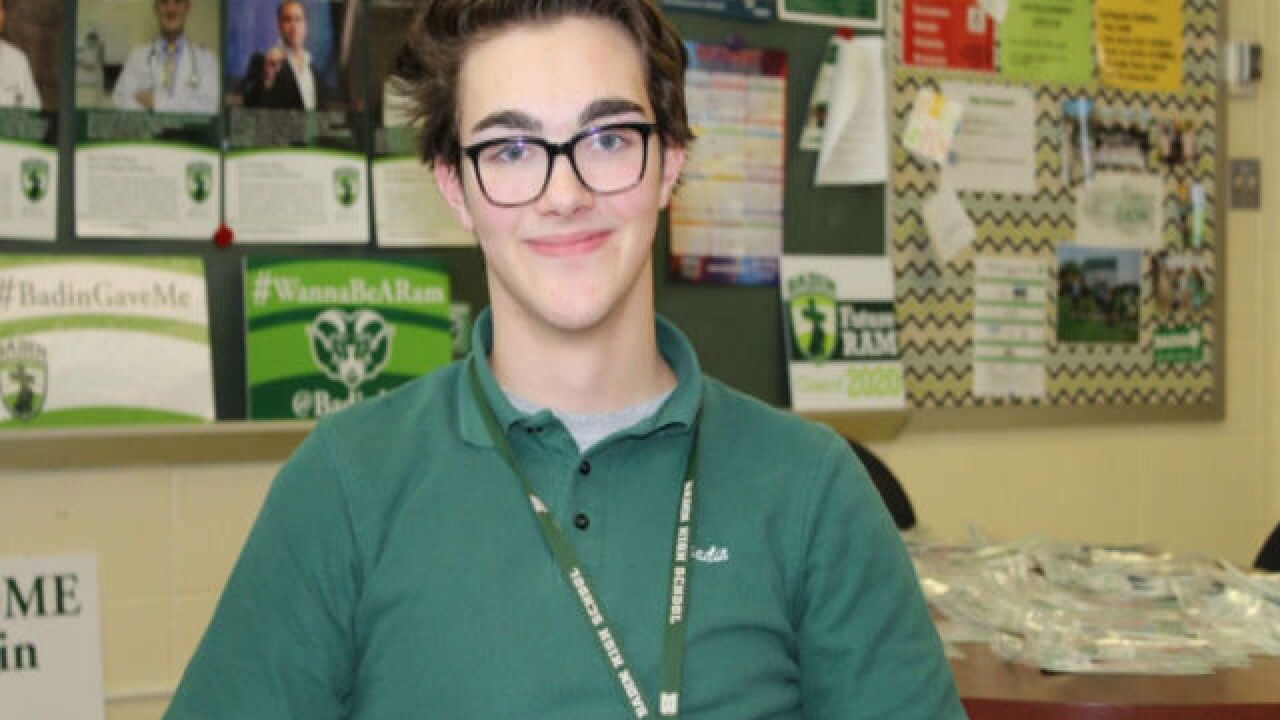 FAIRFIELD, Ohio -- To most people, a plastic cup is just a vessel from which to drink, but for Robert Weatherington, plastic cups mean competition.

The 17-year-old from Fairfield is part of the U.S. national team in sport stacking – the rapid-fire stacking and unstacking of specially designed plastic cups – and he will compete April 2-3 at the World Sport Stacking Championship in Germany.

Weatherington, a senior at Badin High School in Hamilton, was introduced to cup stacking during his fifth-grade gym class at Bethany School in Glendale. After the monthlong assignment was over, Weatherington realized he was the best stacker in his class.

“It was the first time in my life that I was the best one at anything,” Weatherington said. “I used to be really scrawny, and I was short and skinny. Everyone was better than me at all different kinds of sports. But I was a Superman at my own thing for once.”

Though he says he “bombed” at his first cup stacking competition in sixth grade, Weatherington persisted and continued practicing and competing at tournaments. As his ability improved, so did his confidence. Nike even paid him to use a brief YouTube video clip of him stacking in their 2012 Super Bowl commercial.

“My parents have always supported me 100 percent in whatever I wanted to do,” Weatherington said. “But I moved my room into the basement so they could sleep (while I practiced).”

Now that Weatherington is pretty far advanced in the world of cup stacking, he practices mostly to maintain his consistency and speed two or three days each week for two hours at a time.

“I am not the fastest, but I’m reliable,” Weatherington said of his stacking skills.

His consistency at various tournaments this year earned him his place among a group of 35 on the U.S. team. Weatherington said many of his closest friends come from the sport stacking community around the world, and those friendships are what keeps him engaged in the activity.

“If I hadn’t made all the friends that I have now, I probably would have burned out in seventh grade,” he said. “The tournaments are fun, but the social aspect of it is just amazing. If we all didn’t get interested in this very odd and obscure activity at the same time, then we would never have known each other. I am soaking up all the opportunities I can to meet with and interact with these people.”

Cup stacking is just one of Weatherington’s many extracurricular activities. He will attend Ball State University next year and plans to double major in dance and social work. He said he’s always had an interest in theater and acting, but his pursuit of dance began five years ago. He began taking lessons in various styles of dance and currently spends 13 hours each week in dance classes at West Chester Academy, musical theater and tap classes at University of Cincinnati’s College-Conservatory of Music, and additional lessons at Miami Valley Ballet Theatre.

Like most teens, Weatherington’s father, Wade Weatherington, said his son isn’t always motivated to clean his room or mow the lawn, but if he has an interest in something, there’s no stopping him.

“He is usually the first one up in the morning, and he starts playing the piano. That’s our alarm clock. He goes to school, and after school he spends several hours each night at dance and gymnastics. He gets home at 9:30 or 10, and then gets up in the morning at 5:30,” said the elder Weatherington. “I work a lot of hours as a doctor, and he works more hours than I do. When he gets time off, that is when he practices stacking.”

In addition to competitive dance, gymnastics and cup stacking, Weatherington also runs cross country and track (he has the school record in pole vaulting at Badin). He sings, plays piano, guitar and ukulele and performs at local bars on the weekends to earn money. Weatherington has mastered more than 25 different styles of Rubik’s Cubes (he can do the standard version in less than 20 seconds), he can juggle five balls at a time and he taught himself to ride a unicycle after spotting one in a store one day.

“When I have free time, I sort of have a bad habit of finding weird hobbies to get really good at,” Weatherington said. “I am left handed and, for the last four years, I only write with my right hand, so they are now at an almost equal level. There was no reason for that -- I didn’t break my hand or anything, it was just a goal I had.”

“I have Tourette syndrome and a couple of anxiety disorders, and I view all these disciplines, especially cup stacking, as forms of therapy,” Weatherington said. “I have always viewed these things that I do repetitively as meditation. So whenever I do stack, I am calmer when I am done.”

Despite a full load of non-school activities, Weatherington is also a diligent student.

“He is just so creative and so talented,” said Cindy Minton, Weatherington’s religion teacher at Badin. “I don’t know if I have ever had as talented a kid in class ever, and in so many ways.”