Revived area will be ‘a neighborhood living room' 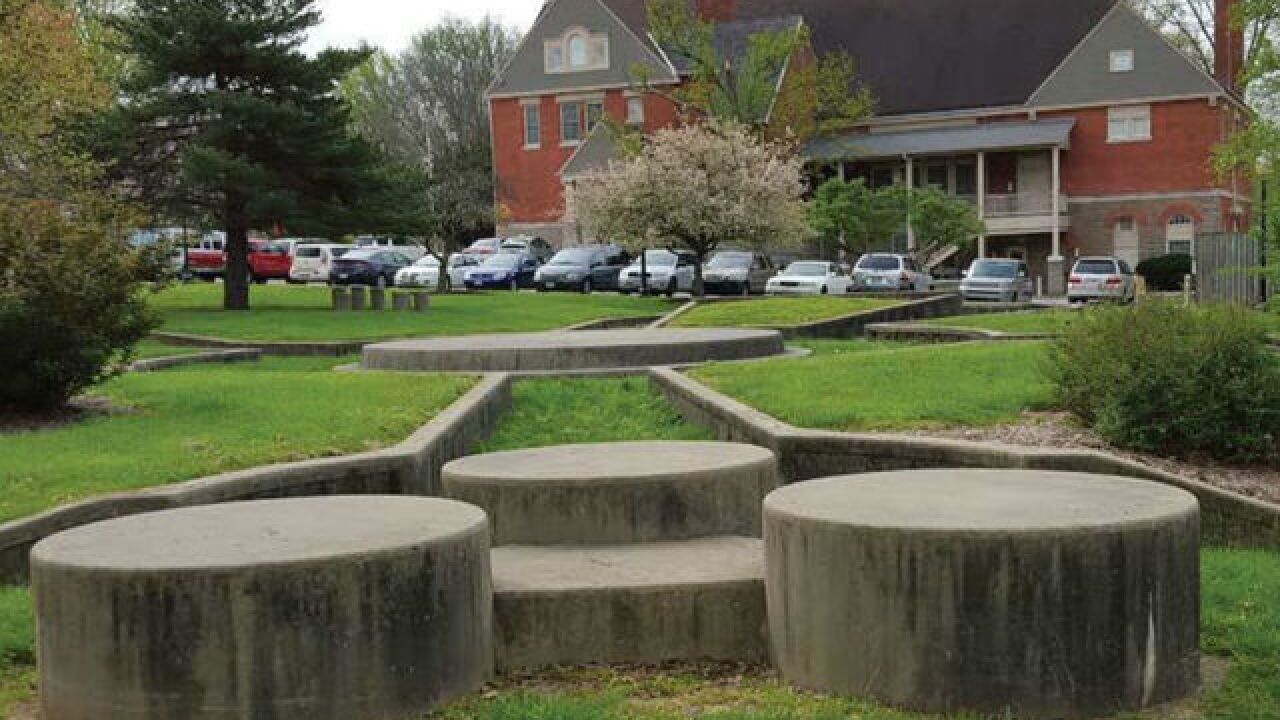 Copyright 2017 Scripps Media, Inc. All rights reserved. This material may not be published, broadcast, rewritten, or redistributed.
<p>Westwood is undergoing a major renovation of the area surrounding Town Hall, along with other improvements. This photo shows the current view facing Town Hall from what will be an amphitheater. (Photo provided)</p>

CINCINNATI -- Spring will bring a flurry of business openings in Westwood as work begins to revitalize Gaines Triangle and the public space around Westwood Town Hall.

The city of Cincinnati earmarked $4 million to renovate the property between Montana, Harrison and Epworth avenues, surrounding Westwood Town Hall, the historic building that serves as a recreation facility at the center of Westwood's historic business district. In the fall, as the community contributed ideas for the Gaines Triangle and Town Hall plans, a handful of businesses worked toward opening.

The Carriage House Screen Printing Co., which prints custom T-shirts, opened in the fall at 3103 Harrison Ave., just down the street from Town Hall. Lillywood, a home décor shop at 3024 Harrison Ave., has scheduled a grand opening for Feb. 11, and work is ongoing at 3018 Harrison Ave., the soon-to-be home of Muse Cafe, a highly anticipated restaurant set to open in 2017.

Meanwhile, Westwood Community Urban Redevelopment Corp. is contributing $45,000, a Duke Energy Urban Revitalization Grant, to speed up plans for West Side Brewing. The countdown clock on West Side Brewing's website puts the opening of the brewery and taproom at Harrison Avenue and Ruehlman Place at sometime in April.

By then, Cincinnati Parks officials and MKSK, the landscape and urban design firm working on the Town Hall design plans, expect to put the project out to bid.

"And then the bulldozers are showing up," said Elizabeth Bartley, executive director of Westwood Community Urban Redevelopment Corp. "It's going to be a very visible year."

Groundbreaking on the Town Hall site is expected to happen in June, with work wrapping up by the end of 2017. Depending on weather, some finishing work, such as landscaping, might continue into spring 2018.

Westwood, with about 30,000 residents, is the city's largest neighborhood. A variety of community organizations have been working on the Town Hall plans and helping collect residents' ideas for the property. After a lengthy design process, city parks officials and Westwood Coalition approved a final plan in the fall.

It keeps Town Hall's historic character and entrance; however, the 15 parking spaces and drop-off area shift to the west side of the building to open up space for an amphitheater and children's play area. The drop-off area also will provide space for food trucks and vendors during festivals such as the Westwood Art Show, now in its ninth year. Additional electrical outlets also are planned, an important practical improvement, said Leslie Rich, co-founder of Westwood Works, a community organization that runs the art show and other events, including regular Beer Gardens like the one coming up Jan. 21.

"There's one outlet outside the building right now," Rich said. "We've made it work. The limitations have made us get creative, but we're very excited about the Town Hall improvements, and making it the most usable space for the community."

While Westwood CURC works on developing the abandoned firehouse that links to the park site -- Bartley said a restaurant could open at the property in 2018 -- the Westwood Coalition is creating plans to improve lighting and landscaping throughout the historic business district. Westwood CURC has secured a $300,000 grant for street improvements across from the park.

Meanwhile, Westwood Works IS RICHalready thinking about the types of community events that could happen in the revitalized park.

"After the Town Hall is finished, that's not the end of it," Rich said. "We need to be part of making that space attractive and fun. We're looking now at what programming that space looks like."