Ohio's trying to grow some farmers 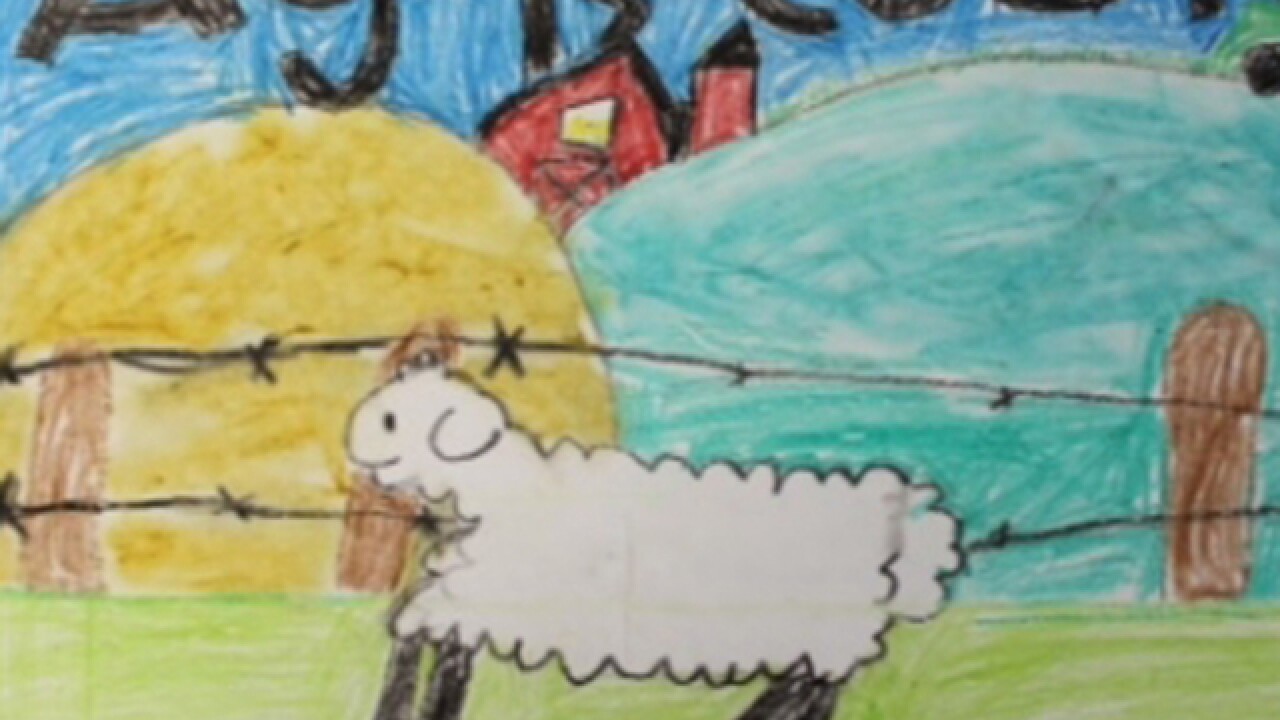 “Firefighter” is a perennial. “Astronaut” rose with the Cold War and seems to have cooled in recent years.

So what are the professions school children aspire to in these early years of the third millennium?

The Department of Agriculture is hoping for the latter. And it's doing its best to boost those numbers with its "Ag is Cool" program.

In 2011, in an effort to plant the ag bug in kids’ minds, the state agency, along with the Ohio Farm Bureau, began hosting an essay and art competition that calls on school children to express why agriculture seems cool to them.

Kids are invited to submit artwork on this theme, and fourth-graders will be admitted to the Ohio State Fair for free — and given a chance to write an essay about why ag is cool. (See details below.)

It may sound comical, the hayseed as hipster, but it’s serious business for state government — as well as sustainable growers and anyone seeking to shape the way food is grown and raised.

Agriculture is the biggest industry in Ohio, but in keeping with national trends, the numbers of farmers and farms is dropping. And the age of farmers is rising.

Nationwide, the average age of farmers — defined as people who own their own agricultural enterprise (even if they lease the land) — was 58.3 years old in 2012, according to United States ag-census figures. (The USDA counts as a farm any basic food-producing business that earns more than $1,000 per year.)

Meanwhile, farms have been getting bigger and fewer, and farmland has contracted.

Who will grow our food and tend the livestock in 20 years is a question that’s being asked at every level of agriculture.

“Agriculture is Ohio’s No. 1 industry,” said Ashley McDonald, Ohio Department of Agriculture spokesperson. “We’re constantly trying to make sure that we’ve got enough food to feed the population that’s always growing. … We want to sustain it and grow it, and we’re going to need future farmers.

“It’s important for us to get kids while they’re young, to get them thinking about maybe a career in agriculture, whether it’s food production or farming or food processing or even veterinary medicine.”

The idea is that agriculture is not just a lifestyle choice or a way to live out family tradition — it’s a career path and an important public service.

But this is an idea that ag professionals believe cannot be left to germinate on its own.

While the ODA is primarily concerned with conventional farming, sustainable/organic agriculture organizations have been posing the same questions about the future of farms and farmers in the state.

Lauren Ketcham of the Ohio Ecological Food and Farm Association said the agency has been focusing particularly on helping young farmers break into the business with a variety of programs that offer mentor-pairing, farmer-farmland pairing and education.

Ketcham said OEFFA helps farm beginners at the point where their interest is already piqued. For organic and sustainable farming, the cool factor often comes with the territory — with organic practice’s potential to repair environmental damage, offering food that’s produced with fewer chemicals and machinery. The average age of organic/sustainable farmers is about 10 years younger than for conventional farmers, according to the USDA. What’s needed isn’t so much awareness as help getting in.

“What we’re seeing,” Ketcham said, “is that (organic) farming interest among young people is strong, but there are significant barriers to entry for farmers wanting to get into that occupation and trade, including accessing farmland, student loan debt, the capital intensiveness of beginning a farm business, and the diverse set of skills from business skills to financial skills to technical skills that farming requires. … It’s an expensive thing to start a farm. … What we do with our program work is try to address some of those barriers.”

OEFFA does outreach, attending trade shows and presenting their own conferences and other events. The organization hosts an annual farm tour series at sustainable/organic farms, in partnership with Ohio State University and other nonprofits.

“We draw lots of new faces to those events every year.” Ketcham said, “because the tours are free and don’t require pre-registration. We open the doors wide every summer with those.”

Fourth-graders will be admitted free to the Ohio State Fair this summer in Columbus if they bring proof of their fourth-grade status (i.e., a report card). At the fair, they will have an opportunity to write an essay on why ag is cool. Winning prize is $500.

Meanwhile, children in kindergarten through 12th grade can submit visual artwork — such as painting, drawing, photography — “that’s a visual interpretation of why agriculture is cool to them.” The deadline is June 6. Winners will be honored in a ceremony at the state fair, to which they’ll also get free admission.

For more information, go to the Ohio Department of Agriculture’s website.