We like craft beer. We like brats. So what do you get if you blend the two? Cincy Beer Brats

Intoxicating mix brings out the best of the wurst
Posted: 6:00 AM, Jun 10, 2016
By: Kevin Eigelbach, WCPO contributor 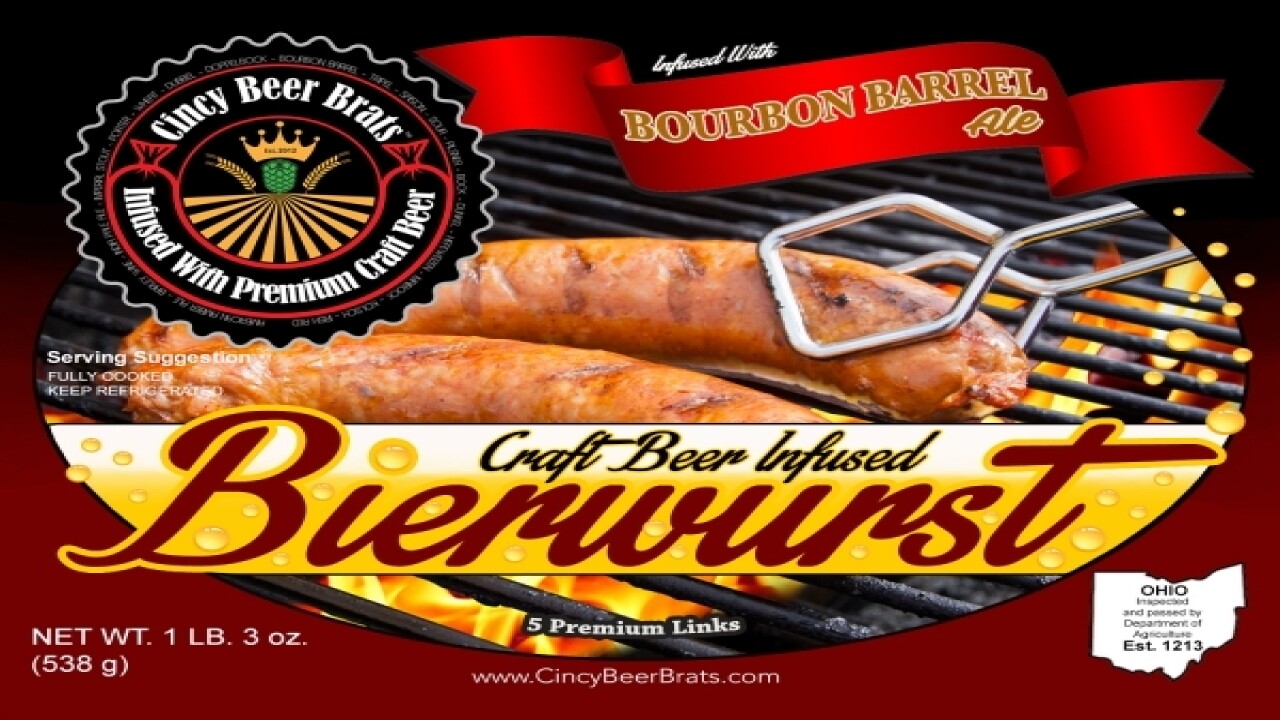 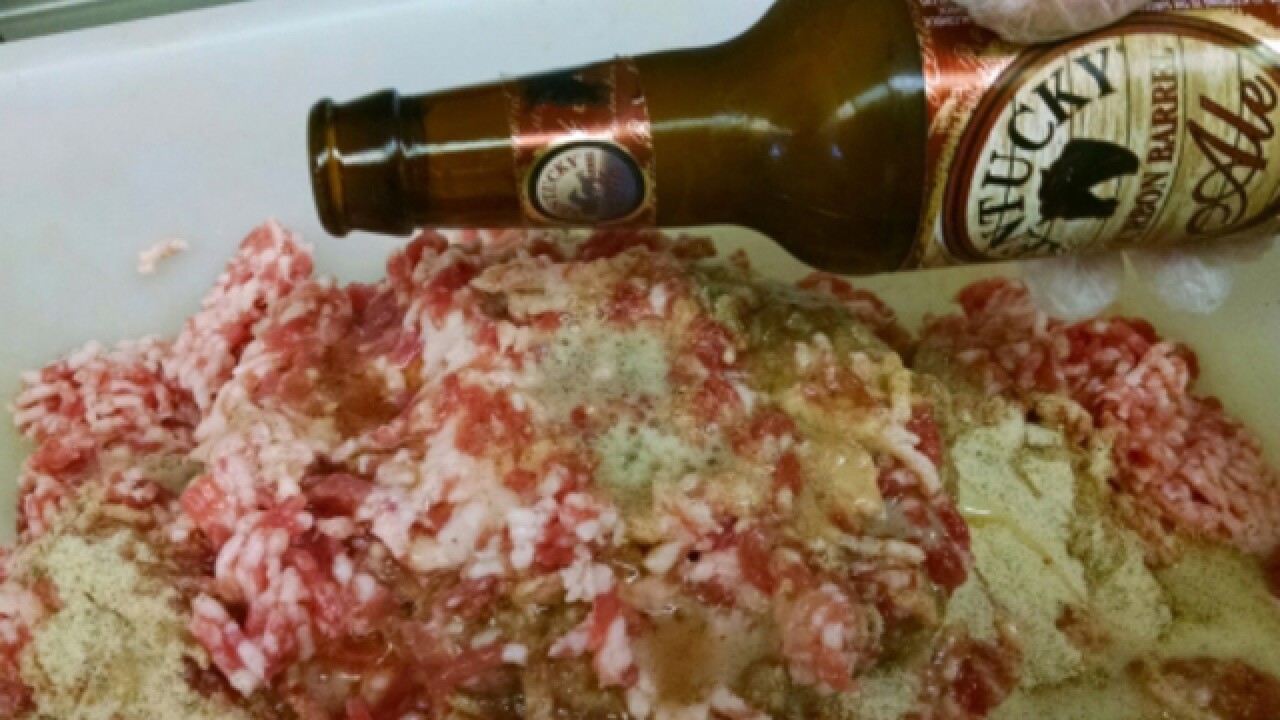 Cincinnatians love beer, and they love pork products. So they really ought to go for bratwurst infused with beer.

That’s the way it seemed to Mason resident Tony Lang, 49, when he created Cincy Beer Brats two years ago.

“Cincinnati was founded on pork,” he said. “Its heritage is Porkopolis and brewing. We set out to come up with a recipe that put both together.”

What sets these brats apart?

Initially, Lang worked with MadTree Brewing Company to create a line of five brats. Now, he said, he works with most of the craft brewers in town, including Dogberry Brewing in West Chester.

Lang has made brats using Dogberry beers, said Dogberry CEO Tony Meyer, but the two companies have also done some cross-promoting of each other’s products.

“His product is top shelf as far as I’m concerned, Meyer said. “We’re happy to have him come and sell his food here.”

Unlike some other manufacturers, Lang marinates the meat for 24 hours before putting it in cases. “That allows it to take on the character and flavor profile of the beer used in the infusion,” he said.

The brats are all longer than a standard hot dog bun, Lang said, because he hates it when he buys a brat and it’s no longer than a hot dog.

Because they’re made by hand, and the business is small — Lang is the sole proprietor and employee — he also does one-off brats for special occasions, such as the one he’s doing for Braxton Brewing Co.’s block party June 18.

“Our turnaround time is about 36 hours,” Lang said. “As long as I have the beer on Monday, I can have the brat done on Thursday.”

How does he sell them?

At several local retailers, including Luigi’s Olde World Market in West Chester (for a complete list see http://www.madtreebrewing.com). They’re also sold through the Cincinnati products website cincy2u.com. And, they’re also sold wholesale to about half a dozen restaurants and brew pubs, Lang said.

Those include Rivertown Brewing Co. in Lockland, where customers at the barbecue restaurant love buying the brats Lang has made using the brewery’s lager, stout and other beers, Rivertown Dream Facilitator Lindsey Roeper said.

That partnership started about six months ago, after Lang told Rivertown he wanted to make a beer brat using Rivertown’s Death Beer, a Russian imperial stout brewed with ghost peppers.

“We really loved the quality and flavor” of those brats, she said.

Because they’re made by hand with premium beers, Cincy Beer Brats cost more than regular bratwurst. A 4-pound box of Kentucky Bourbon Barrel Ale brats, Lang’s best-seller, costs $66.99 at cincy2u.com, which amounts to $16.70 per pound.

Is he making money?

He is the only investor, he said, and he’s put in between $7,000 and $10,000. He works out of an office in his home, and he does the company’s marketing and maintains its website himself. He also does the sales calls, the relationship-building and the product demonstrations.

He partners with a local packer, whom he declined to name, which marinates the pork and encases it. He then labels the packages, and has them shipped via a local independent distributor.

Short-term, Lang plans to build the brand and its quality locally. But long-term, he would like to get the product into larger retailers, such as Kroger.

He’d also like to work with a larger craft brewer to create a product that can be distributed nationwide.

He thinks he’s perfected the production process, he said, and now all he has to do is scale it up.

“That will depend on orders,” he said.