Why these kids raised $25K for an 'Iron Giraffe' 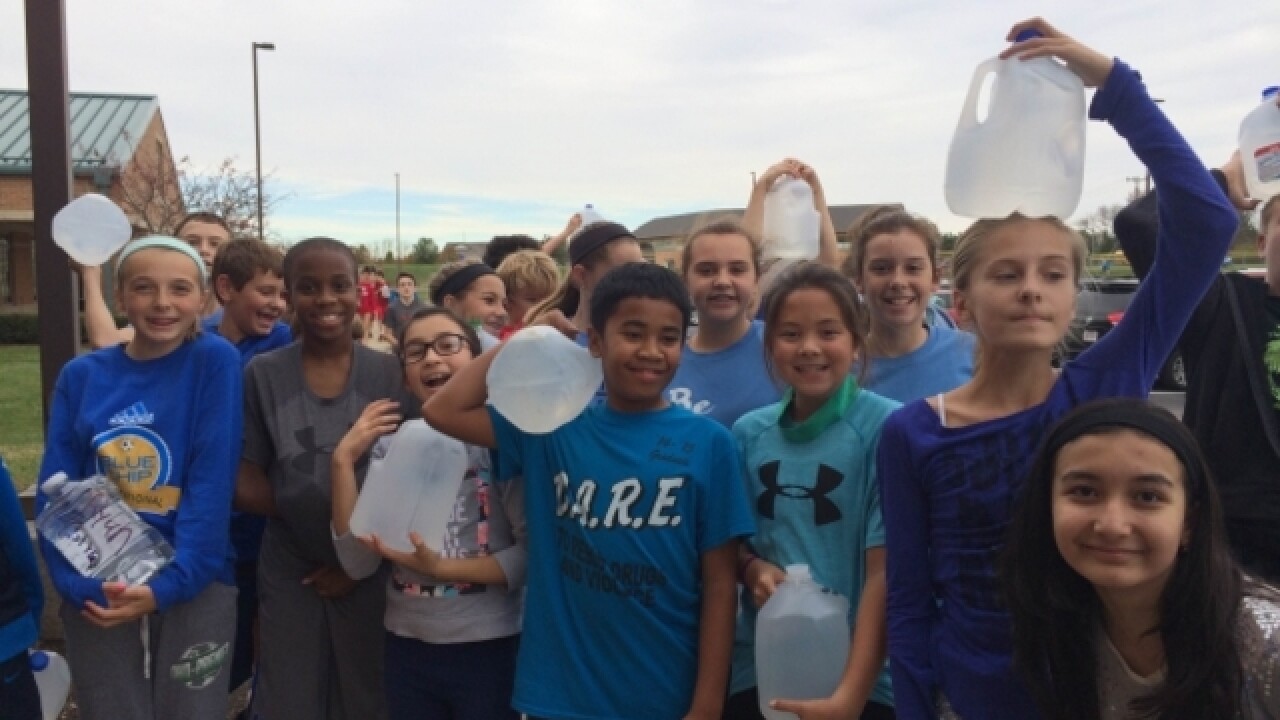 <p>Columbia Intermediate students raised money for Water for South Sudan by walking a mile around their school carrying unopened jugs of water, among other initiatives. Provided</p> 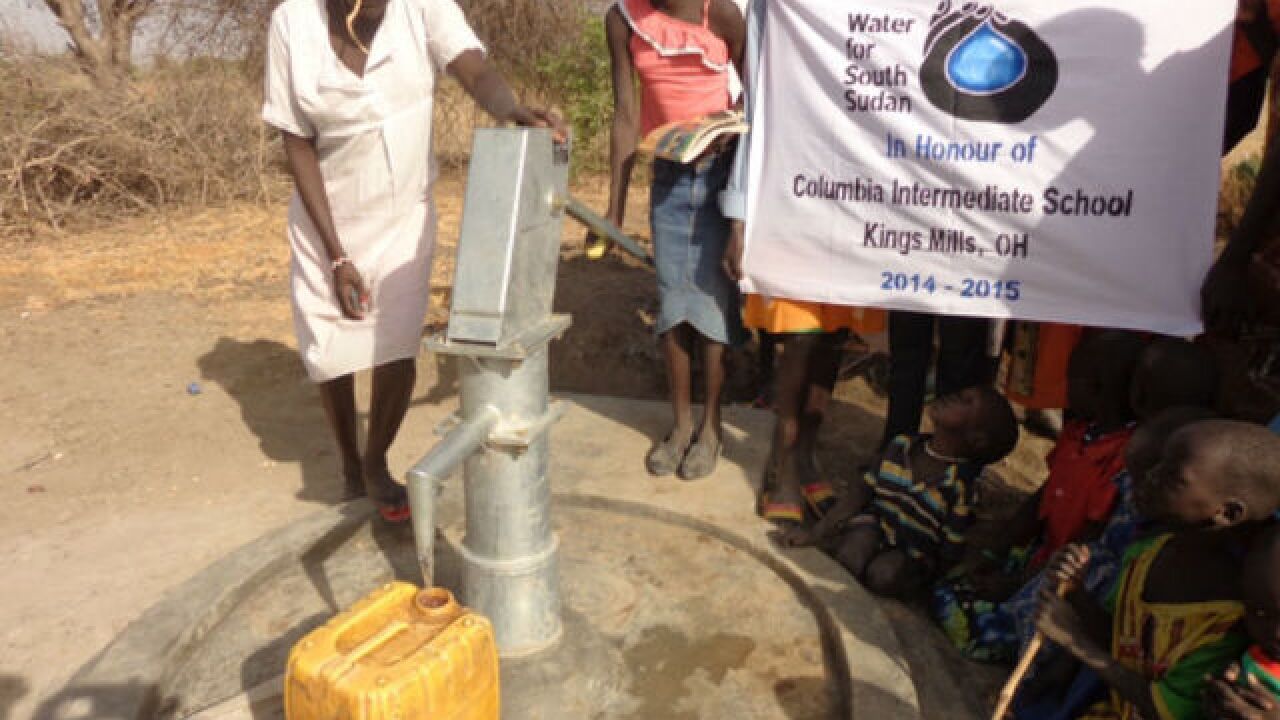 DEERFIELD TOWNSHIP, Ohio -- One week after World Water Day, Kings students will receive recognition for their contributions in bringing clean drinking water to others.

On Tuesday, Salva Dut, who inspired the book “A Long Walk to Water,” will visit sixth-grade and junior high students who helped raise more than $25,000 for his nonprofit corporation Water for South Sudan Inc.

“It was just amazing that we were able to do that,” said Shelley Bogaert, principal of Columbia Intermediate School.

Linda Sue Park’s “A Long Walk to Water” tells the story of Salva Dut, who at age 11 fled Sudan in the midst of a civil war. As a teenager, he led 1,500 other “lost boys” through the Southern Sudan desert to a refugee camp in Kenya. His true story is interwoven in the book with that of a fictional character named Nya, who walks miles each day to get water for her family.

Dut came to the United States in 1996 but returned to Sudan in 2002, upon learning his father was ill from water-borne disease. In 2003, he founded Water for South Sudan Inc. in Rochester, New York, to raise money to drill wells, which supply fresh drinking water in the country.

South Sudan achieved independence from the Republic of Sudan in 2011, making it the world’s newest country.

“The first year I read it aloud to students, and they immediately wanted to know what they could do to help,” Kleis said. “I had no idea they would react that way.”

It was so close to the end of the school year that there was no time to organize fundraisers, but the students’ desire to help sparked an idea.

Kleis and Mueller again read the book aloud in the fall of the 2013-14 school year, as part of a “social injustice” unit. With a second-quarter theme focused on social responsibility, the sixth-graders, like those who preceded them, were inspired to help those in South Sudan.

“They have been so passionate and inspired to make a change,” Kleis said.

Students have done various fundraisers each year since, including bracelet and water bottle sales, filling out pledge sheets and walking a mile around their school carrying unopened jugs of water.

In 2014, Water for South Sudan representatives introduced the Iron Giraffe Challenge, calling on schools to raise at least $1,000 to help purchase a new drilling rig. The drilling rig, dubbed an “iron giraffe,” costs $500,000.

Schools that meet the challenge are entered into a drawing, with three prizes for the top winners: a visit from Salva Dut, a visit from Linda Sue Park and a 20-minute Skype call with Salva Dut. Three schools will be selected for Skype calls.

“We get calls and emails all the time of people asking if Salva can come and visit their school,” said Lynn Malooly, executive director of Water for South Sudan.

Because Dut lives in South Sudan and visits the United States only a couple times a year, he doesn’t typically visit schools. Communication from Africa is unpredictable as well, so a small number of large-scale Skype calls are arranged only when he is in the U.S.

Water for South Sudan representatives also created an Iron Giraffe Super Challenge, to raise at least $25,000, with the promise of a visit from Salva Dut.

“We weren’t sure anyone could make it,” Malooly said. “We were astonished that Columbia did it and that they did it so quickly.”

While the students raised about $15,000 through fundraisers, $10,000 in grants from Ethicon, a division of Johnson & Johnson, offered a significant boost.

“I’m so proud of all the kids and the staff and our community for rallying around us and making this happen,” Bogaert said.

Because seventh- and eighth-graders took part in fundraising in previous school years, and because community members played a significant role in raising money, Dut will visit multiple locations Tuesday.