Half of the high-priority jobs have gotten funding
Posted: 7:00 AM, Feb 15, 2018
By: Roxanna Swift | WCPO contributor 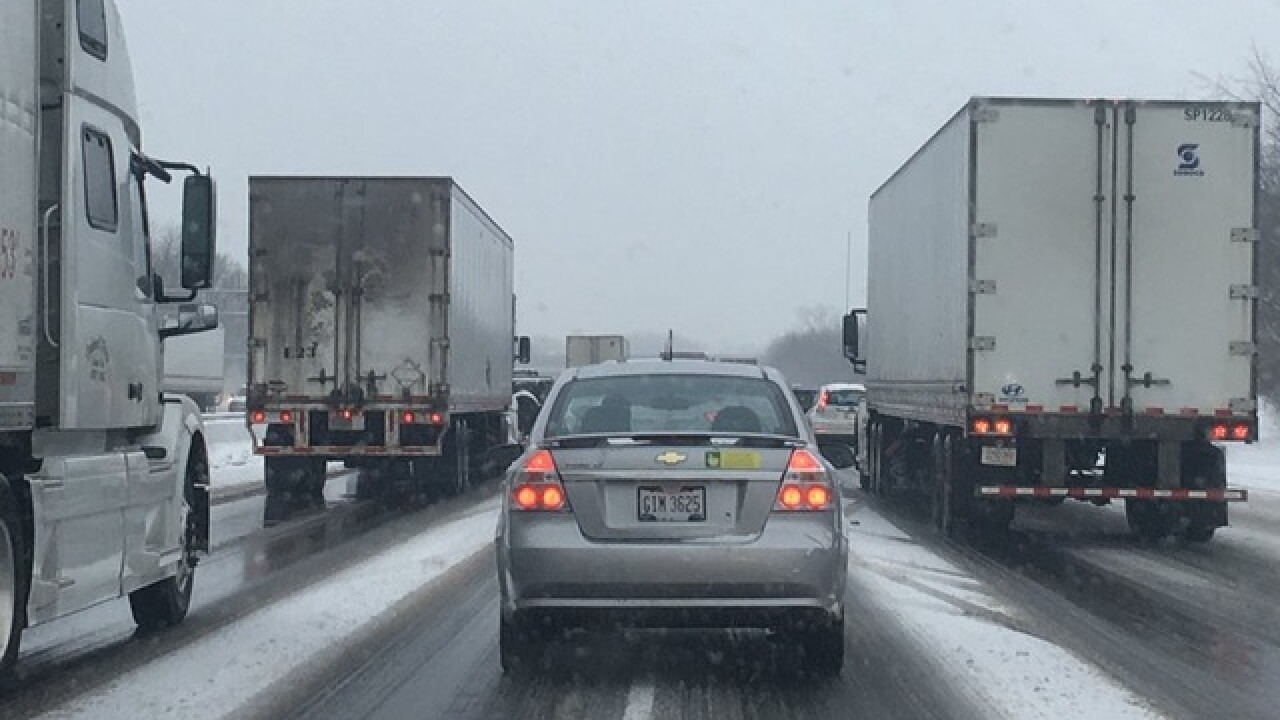 Copyright 2018 Scripps Media, Inc. All rights reserved. This material may not be published, broadcast, rewritten, or redistributed.
Ashley Zilka | WCPO

Warren County transportation officials are midway through a long-term improvement plan and about halfway through the plan's high-priority projects.

The Southwest Warren County Transportation Study, completed in 2005 by the Ohio-Kentucky-Indiana Regional Council of Governments, outlines a 25-year vision for the county's roads. The study included 19 road-improvement recommendations at an estimated cost of about $305 million.

"Southwest Warren County was undergoing a rapid increase in population," said OKI deputy executive director Bob Koehler. "County leaders wanted to see what they could do to get out ahead of that."

Periodically updating long-term plans is a common practice among municipalities and transportation departments, but the frequency and expectations vary. Transportation entities in Kentucky are expected to create comprehensive plans every five years, but those in Southwest Ohio aren't required to.

"It just depends on the leadership and timing and other constraints that they may have," Koehler said.

Of the 19 projects recommended in the Southwest Warren County Transportation Study, eight are considered high priority. The county has secured funding for four.

The Warren County Engineer's Office completed a portion of a project to widen and connect Bethany Road to Mason-Morrow-Millgrove Road in 2011. The office also managed a project to widen Butler-Warren Road between Tylersville and Bethany roads in 2011.

In 2015, the engineer's office completed multiple improvements at the interchange of I-71 and Fields Ertel Road. These included adjusting traffic signal timing, adding a new northbound lane on Mason-Montgomery and adding a new exit ramp from I-71 north.

Another high-priority project is currently underway to create a full interchange at I-71 and Western Row Road.

"We're very pleased with how these projects have been coming along," Warren County Engineer Neil Tunison said.

Funding is one of the main challenges in completing the projects.

"It's really difficult to find funding for these type of projects," he said.

The projects that have received funding so far have totaled about $81 million.

With more vehicles getting more miles per gallon and no recent increases in gas tax rates, revenues from fuel charges offer limited support for maintaining and expanding roads, Koehler said.

Factors other than construction also affect the cost of road projects. Obtaining right-of-way for widening roads is particularly expensive.

Breaking improvements up into multiple projects has helped in some cases to make projects less daunting and keep costs down. Reconstructing the interchange at I-71 and Fields Ertel would have cost an estimated $150 million, but the three smaller projects to improve the interchange cost about $21 million.

"We were able to kind of tailor-make projects to fit each of those problems," Tunison said.

Engineer's office representatives still aim to pursue most of the recommended projects from the transportation study, but some have taken a backseat or been nixed altogether. County officials no longer plan to extend Western Row Road as was recommended. They also have decided not to pursue a project extending Waterstone Drive.

"We do have other projects that we would like to move forward," Tunison said.

In addition to the four high-priority projects that have received funding, transportation officials pursued a medium-priority project to add an extra lane to a portion of Mason-Montgomery Road.

Tunison said he also hopes to pursue a medium-priority project to widen state Route 63 between I-75 and state Route 741.