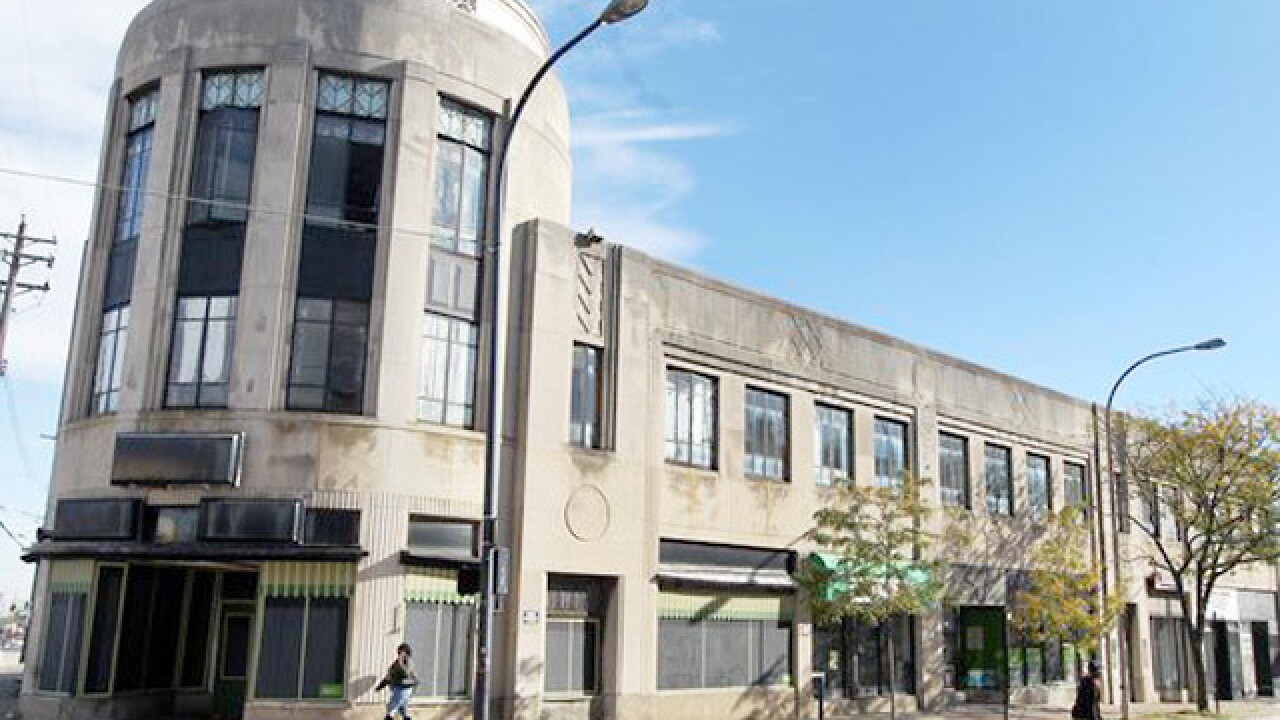 <p>The Paramount building, built in the 1930s as part of the Paramount Theater development at Peebles Corner in Walnut Hills, has been empty for several years. It's the heart of a redevelopment project called Paramount Square. (Matt Koesters | WCPO contributor)</p>

CINCINNATI -- A potentially transformative project in Walnut Hills hinges on whether or not it receives enough federal tax credits.

If the Walnut Hills Redevelopment Foundation gets good news this fall, Paramount Square may become a reality. The $15 million-plus project near the intersection of East McMillan Street and Gilbert Avenue would add about 20,000 square feet of retail space and 40 apartments.

“It would bring a lot of new small businesses online in the neighborhood,” WHRF Executive Director Kevin Wright said.

If it moves forward, it would be the second neighborhood revitalization project on which WHRF has partnered with real-estate developer the Model Group. The first, nearby Trevarren Flats, was completed early this year, adding 30 apartments and about 7,000 square feet of retail space to the south side of East McMillan.

Paramount Square’s future depends on New Markets Tax Credits, which will not be announced until sometime in October or November. The credits are awarded to community development entities such as the Cincinnati Development Fund, Cincinnati New Markets Fund or Uptown Consortium. WHRF and the Model Group would partner with a CDE to gain access to the tax credits.

A CDE partner for Paramount Square has not yet been chosen, said Jason Chamlee, project manager with the Model Group.

“We’re in multiple pipelines,” he said. “Our strategy is to cast a wide net.”

If completed, the project would add population density to the neighborhood while attracting retail, restaurants, bars and small offices, said Chamlee, who described Paramount Square as a “move-the-needle type of project.”

“We could have a transformative impact on Peebles Corner,” he added.

WHRF purchased the centerpiece of the project, the historic Paramount building, in October 2015 with the help of the city and the Cincinnati Development Fund. Paramount Square would include several other buildings along East McMillan Street, Gilbert Avenue and St. James Avenue, some of which are owned by the city.

Paramount Square has no confirmed tenants yet, Wright said.

“We’re talking to some people,” he said, “but nothing that’s quite ready for public consumption.”

Paramount Square was awarded about $2 million in state historic tax credits in December 2015. Because the project area is within the Peebles Corner Historic District, it also qualifies for about $3 million in federal tax credits. All told, the project would be funded with a mix of city dollars, city loans, direct debt, direct equity from the developer and tax credits, Chamlee said.

If the project gets the funding it needs, construction on the project would likely begin in March 2017, Wright said.

ABOUT THE PARAMOUNT BUILDING

Built: 1931 on the site of the high-end Peebles grocery store, which had closed as a result of the Depression.

Developer: Wurlitzer family, namesake of the famous Cincinnati-founded musical-instrument company. Among its products were theater organs.

Opened: As RKO Paramount with 2,100 seats

Fate: The actual theater has been demolished. (There’s a CVS where the entrance stood.) The surviving building housed stores and offices. It was known for many years as the home of Will’s Pawn Shop.