Groups work to bring fresh produce to community
Posted: 7:58 AM, May 19, 2017
By: Roxanna Swift | WCPO contributor 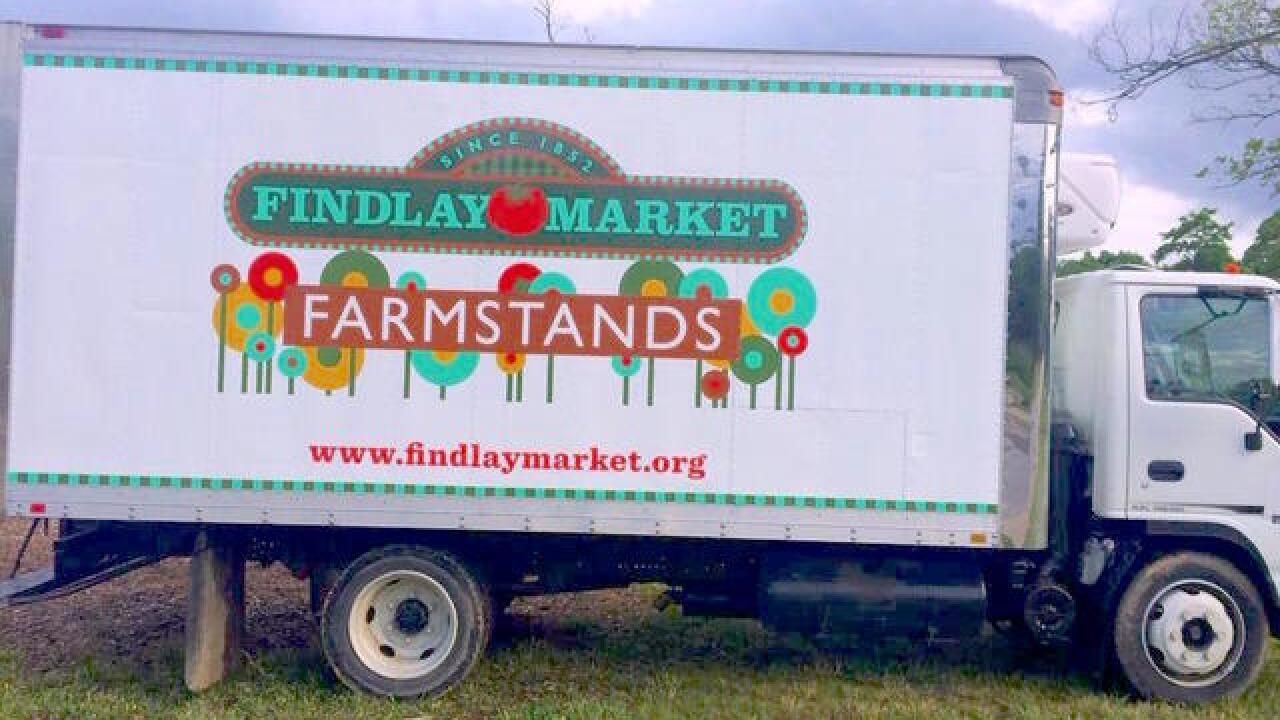 Copyright 2017 Scripps Media, Inc. All rights reserved. This material may not be published, broadcast, rewritten, or redistributed.
<p>Findlay Market operates three farmstands in Cincinnati from June until October. (Photo provided)</p>

CINCINNATI -- Findlay Market Farmstands organizers hope to be part of the solution providing fresh food this summer in a community some say has become a “food desert.”

The farmstand’s Walnut Hills location will kick off its fourth season June 1 in a new spot: in front of the recently closed Kroger store at 954 East McMillan St. The Kroger Co. closed the store in March when the chain opened its new Corryville location .

“With Kroger being gone, I think people are obviously looking for a resource to get their produce,” said Gary Dangel, healthy outreach coordinator for the Walnut Hills Redevelopment Foundation.

For an individual with a car, the 1.3-mile drive to the Corryville Kroger likely isn’t much of an imposition. However, for those whose main modes of transportation are buses and walking, it can be more of a challenge.

“Getting to a larger grocery store is very time-consuming for them,” said Tomi Sauerhage, local foods representative for Findlay Market.

The farmstand aims to fill some of the gap, particularly for community members who don’t own cars. Findlay Market representatives partner with Our Harvest Cooperative to provide local, organic fruits and vegetables at farmstands in communities with limited food access.

According to the USDA , a “food desert,” or low-access community, is one in which “at least 500 people and/or at least 33 percent of the census tract’s population” lives more than a mile from a supermarket or large grocery store.

Findlay Market Farmstands operate one day a week between June and October in Walnut Hills, Evanston and Price Hill. The Walnut Hills location is open Thursdays from 4 to 7 p.m.

The Walnut Hills farmstand has operated at two previous locations, most recently selling produce at the corner of Taft and Kemper roads. This year’s relocation will free that space for a permaculture garden. The move also will put the produce in a spot with an existing association to fresh food.

“People were already used to shopping at Kroger, so we wanted to move any other food programming to that location because we knew that people could get there easily,” Sauerhage said.

Dangel hopes to coordinate another produce provider to set up shop on Sundays as well.

“The farmstands aren’t going to be the only solution, but we can be part of the solution,” Sauerhage said.

Keeping the surrounding area active could be another key factor in encouraging residents to take advantage of the mobile markets and their offerings. Food tastings and even community bike rides departing from the former Kroger may help to encourage that, Dangel said.

He’s looking beyond the East McMillan location for solutions, too. He hopes to increase fresh fruit and vegetable offerings at Walnut Hills convenience stores through a partnership with Closing the Health Gap.

Community representatives also are scaling up urban agriculture efforts in the area. “You can’t replace the Kroger, but we’re trying to do a bunch of little things,” Dangel said.