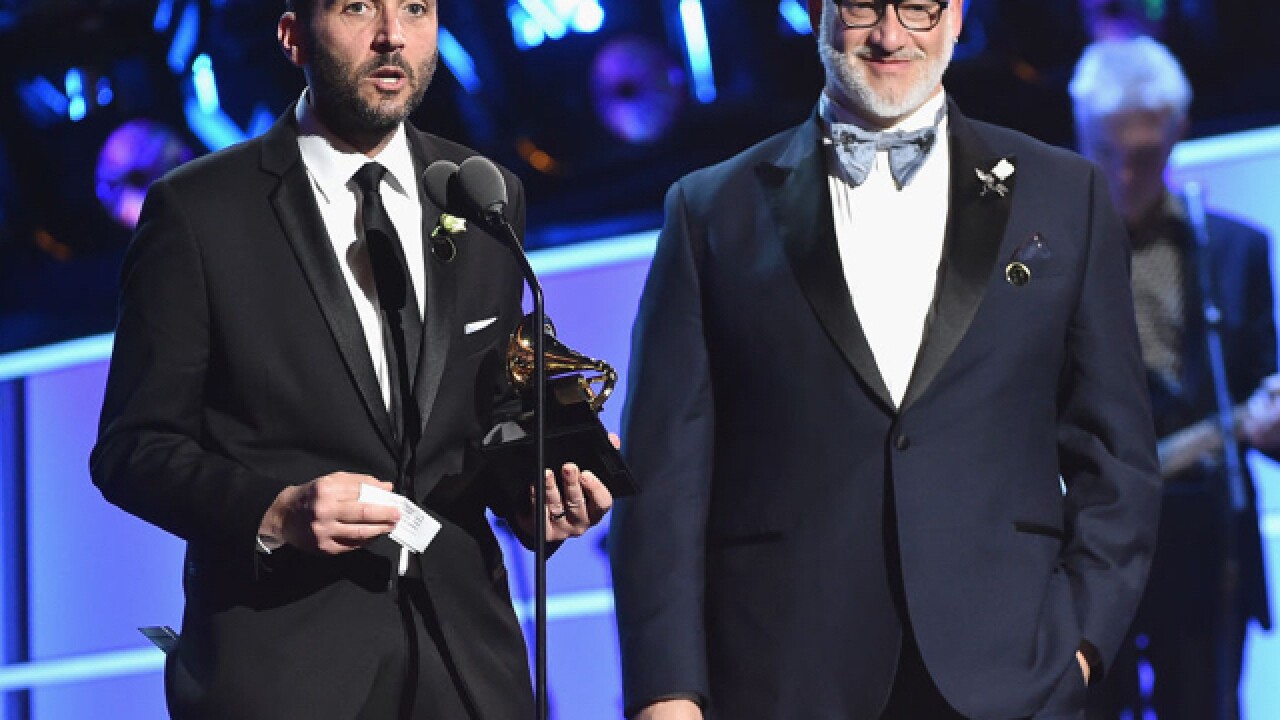 "It's astounding," said Pescovitz, 47. He shared the award with his colleagues, graphic designer Lawrence Azzerad and Tim Daly, manager of the legendary Amoeba Music record store in San Francisco, for their work on “The Voyager Golden Record: 40th Anniversary Edition.”

The Walnut Hills High School and University of Cincinnati graduate (and a longtime friend of this writer) called the award a capstone to a lifetime spent gazing at the stars, obsessively collecting books about the cosmos and listening to albums made by artists from every corner of the globe.

Pescovitz and Daly cooked up the project nearly three years ago as an homage to the 1977 NASA probe that launched into space with a carefully curated golden record featuring a message for any extraterrestrial intelligence who happened upon it. The disc included some of Earth's greatest music, from Bach to Chuck Berry to Solomon Islands panpipes, as well as sounds of birds, a train, a kiss and more than 100 images to give our space friends a sense of who we are.

"I remember going to the planetarium -- when it was at the old Natural History Museum -- and it was always this wondrous experience," said Pescovitz. That's when the museum was housed on the same ground as WCPO's current location. "As a kid you use your imagination all the time, but you don't often pause to look up at the stars and think about what lies beyond our planet."

Pescovitz is one of seven children who grew up in a rambling, castle-like home in North Avondale. He also credited his late brother, transplant surgeon Mark Pescovitz, for inspiring the project via the hours they spent building and firing off model rockets and watching endless NASA launches.

"I remember being 7 years old and hearing that they put this record up in this spaceship as a message to extraterrestrials, and it sparked my imagination," he said. "And I also remember for a minute when I was young fantasizing that I could have a career as a musicologist, even though I didn't really know what that meant then."

In a further testament to how Cincinnati shaped him, Pescovitz said that it's not irrelevant that the electronic media program at UC he was part of in the early 1990s was housed in the Conservatory of Music.

"I was surrounded by music even then," said Pescovitz, who is a managing partner of the technology and culture blog Boing Boing and a research director at the nonprofit Institute for the Future. "In that division I really learned about media theory and culture and communications and this idea of the power of technology as an extension of humanity that directly informed my interest in what I'm doing and directly relates to the project."

The elaborate box set was the subject of a wildly successful 2016 Kickstarter effort that vastly outperformed the team's expectations, with more than 10,000 backers pledging in excess of $1.3 million to bring it to life. For a $98 pledge, purchasers received the cloth-covered box with a gold foil inlay cover, three translucent gold vinyl LPs, a full-color hardback book with essays and images, a lithograph of the Voyager golden record cover diagram and a digital download card with all the tracks.

"The Voyager record lies at the intersection of science and art and is intended to spark the imagination and connect us to our humanity and a sense of hope for a better tomorrow," said Pescovitz.

He added that his son, Lux, has requested that the golden gramophone trophy be displayed next to his turntable so he can gaze at it while listening to his favorite David Bowie albums on vinyl.