Voting, empathy, peace and an end to gun violence: 9 takeaways from Clinton's speech at NAACP 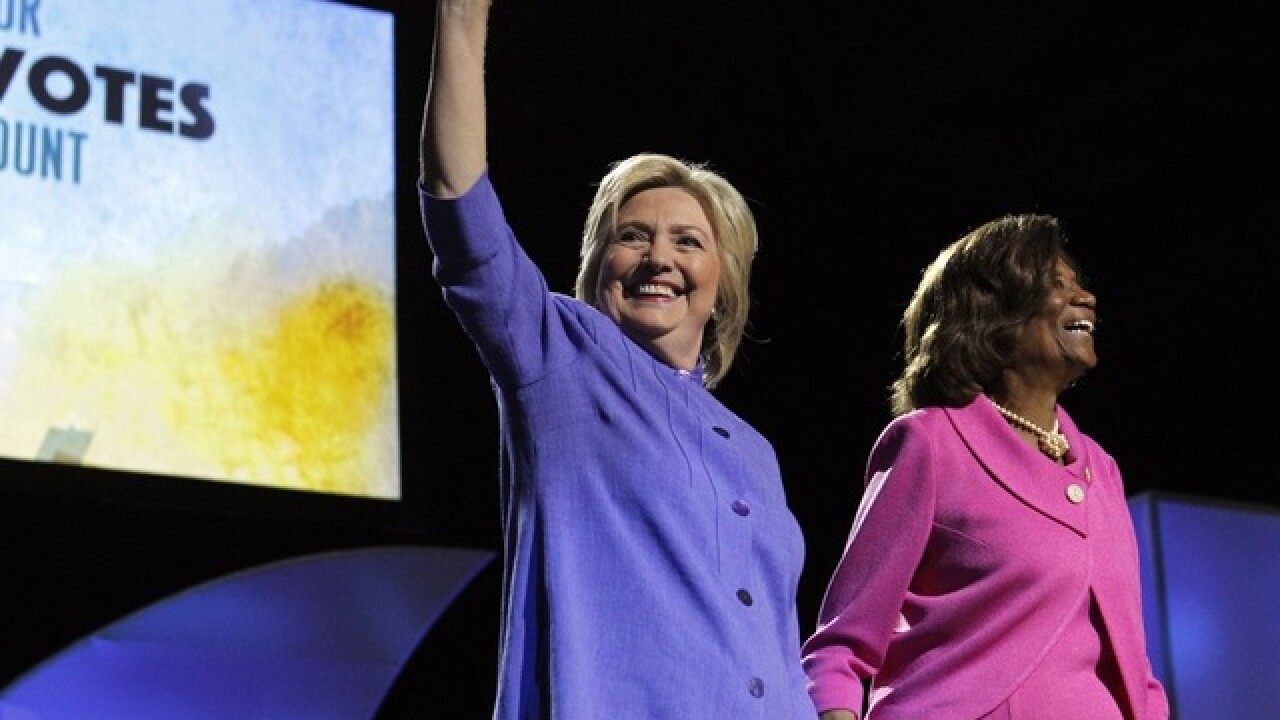 Presumptive Democratic presidential nominee Hillary Clinton seemed to strike a powerful chord with the NAACP Annual Convention attendees on Monday, with several standing ovations, loud cheers and a crowd of fans in front of the stage taking cellphone photos.

While Clinton didn’t drop any major news during her speech to some 3,000 people at the Duke Energy Convention Center, she seemed to know exactly what the crowd wanted to hear.

“My opponent might have a different view but there is nowhere I’d rather be right now, than here,” said Clinton, in the first of many swipes against Donald Trump.

She accused him of demeaning women, playing coy with white supremacists, insulting Hispanics and forbidding the rental of his New York apartments to blacks in 1973.

We asked attendees what they thought about her speech; see what they said below:

The NAACP also invited Trump, the presumptive Republican nominee, to speak at the convention, but he declined the invitation.

“Donald Trump cannot become president of the United States,” Clinton said. “It’s not just a huge loss for our democracy; it is a threat to our democracy. That’s why we have to work to get the vote out this fall.”

But Clinton also spent a large portion of her speech talking about the recent violence and racial tension nationwide and how she would inspire unity and healing.

“We all need to do the best we can to walk in one another’s shoes,” she said. “Every race needs to come together as one nation. It’s what makes our country endure. At times like these we need a president who will pull us together and not split us apart.”

Clinton arrived nearly an hour late, and while it forced the NAACP to juggle their schedule, the crowd didn’t seem to mind when she emerged on stage hand in hand with longtime civil rights activist and NAACP board member Hazel Dukes while her theme music, “Fight Song,” by Rachel Patten, played loudly.

Here she is - @HillaryClinton at @NAACP @WCPO pic.twitter.com/KHyLx1N6CA

Experts predicted that Clinton could best reach the crowd by announcing specific policy changes. And she did that. She targeted a series of specific criminal justice reform measures – requiring accurate data be kept on deaths that occur in police custody; creating national guidelines on the use of force by police, and supporting independent investigation of fatal encounters between police and civilians.

The crowd responded very enthusiastically when she spoke of these changes.

Clinton walked a fine line of showing empathy for law enforcement who have been killed in recent weeks, and the shooting deaths of black men by officers that has ignited racial tension nationwide.

“The senseless killings must end," Clinton said. "Everyone is safer when there is respect for the law, and everyone is respected by the law.”

Flag Reminiscent of the Past

At the entrance to the auditorium before Clinton’s speech, NAACP organizers handed out posters reminiscent of its historic flag: “A man was lynched yesterday.”

A group of attendees holding a sign reading, "A man was lynched yesterday." @WCPO #NAACP107 pic.twitter.com/djz1AvoIt4

Between 1920 and 1938, the NAACP flew a simple black and white flag from the window of its New York City headquarters when a lynching took place, as a reminder of the racist murders occurring in the South. It seemed nearly everyone in the auditorium had a flag, either resting on their laps or laying at their feet.

Her campaign is hosting more than 500 registration events this week nationwide, from minor league baseball games to barbershops, with the goal of registering three million voters. She also pointed to a recruiting booth in the hall where her campaign was hiring paid organizers.

After speaking at the NAACP, Clinton traveled to the University of Cincinnati where she met with campaign volunteers.

How to Reach Millennials?

Also out to register voters is the group NextGen Climate Ohio, which sponsored the simulcast of Clinton’s speech on Fountain Square.

“The millennials have the capacity to outvote baby boomers, but only if they get excited and turn out to vote,” said David Miller, spokesperson for the group. “Millennials care very deeply about climate issues and we want to capture that.”

The group plans to make 60 to 70 visits at college campuses across Ohio and use PokemonGo to reach millennials.

Perhaps one of the most moving moments of the speech happened when Clinton said in a quiet voice, “Another hard truth at heart of this complex matter. Many African Americans fear the police.”

She was quickly met with a rumbling chorus of, “yes,” from the crowd. She responded:  “I can hear you."

Clinton touched on a number of issues important to black voters, such as gun violence, unemployment, health inequities and better re-entry programs for those who leave prison.

“America wants to be the land of second chances," she said. "But so many Americans never had a first chance to begin with. So lets give everyone a fair chance at rebuilding their lives."

Ohio Sen. Sherrod Brown, who is on the short list of Clinton’s vice presidential picks, took the stage at the NAACP two hours before Clinton. The crowd gave an enthusiastic applause to his speech.

Here’s an excerpt: “Its disheartening for us in America in 2016 that there’s still a need to defend the affirmation that black lives matter.”