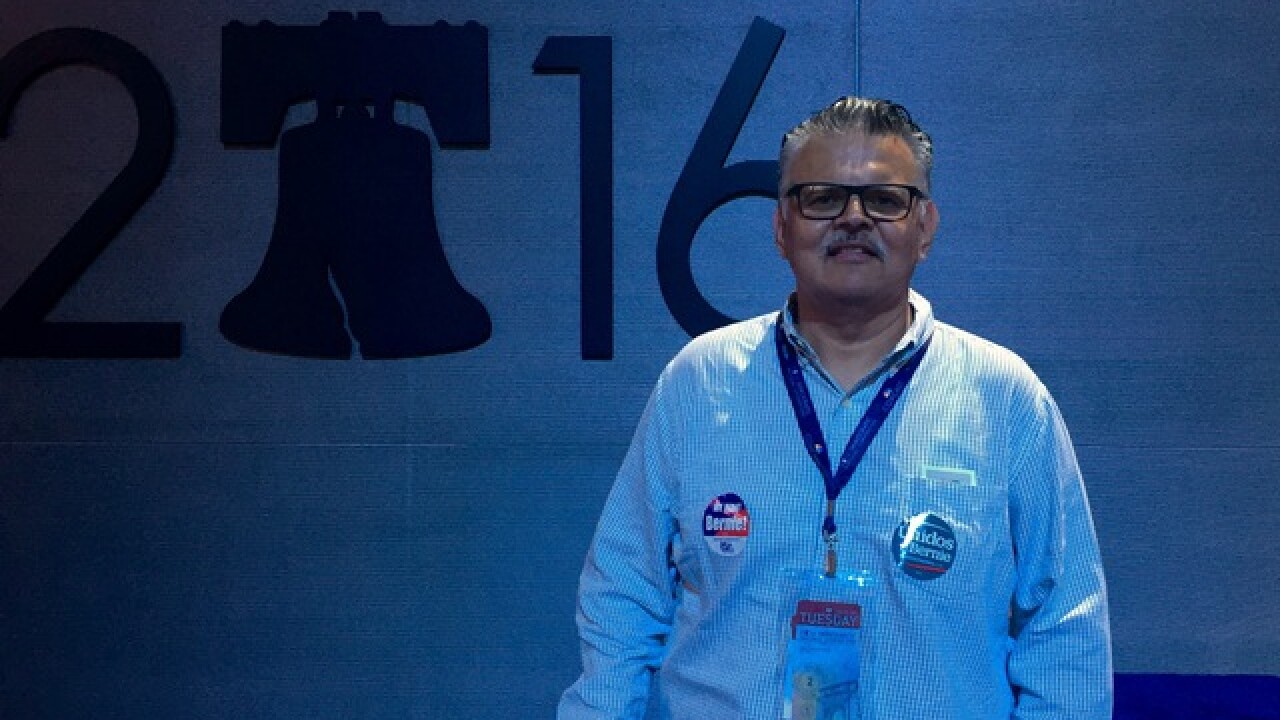 PHILADELPHIA -- WCPO took to the streets of Philadelphia and asked people to explain, in one sentence or less, why they support Vermont Sen. Bernie Sanders or presidential nominee Hillary Clinton at the Democratic National Convention.

Listen to hear who they're supporting and why.

Henry Huerta, 62 of Whittier, California, said Bernie Sanders has inspired young voters, including his own daughter who is a Sanders delegate.

Phil DeNicola, Whitehill, 61, of San Antonio, Texas, is voting for Hillary Clinton because he said she’s the most qualified candidate.

Zenaida Huerta, 17, of Whittier, California, said she supports Bernie Sanders because he focuses on environmental issues.

Judy Whitehill, 65, of Murfreesboro, Tennessee, anticipates Hillary Clinton will "work with politicians to get work done."