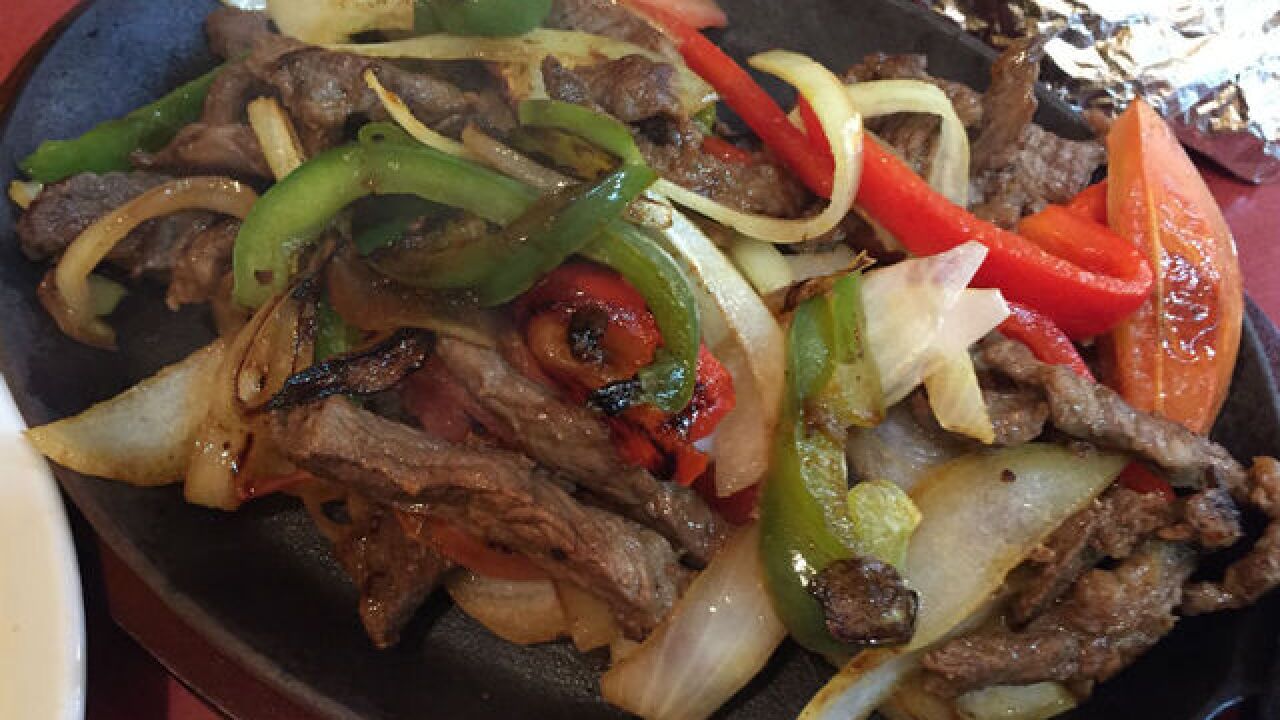 My favorite places are the spots I find by accident.

Four of us were planning on seeing a friend's band play in Cheviot, and we needed to eat (and drink!) beforehand. Initially, we were planning to go to the Incline Public House, but it was a little crowded -- and we were very hungry.

I got out my phone and tried to find something nearby that wasn't quite as popular and that wasn't a chain. It didn't take long to find our destination, right around the corner in the burgeoning Incline District of Price Hill.

Veracruz is a tiny, unassuming Mexican restaurant in the heart of Price Hill, which has a significant Mexican population. It's a family affair: One of the kids waits tables, Dad cooks and they do catering. The menu has some items that you may not see at other places, such as tortas and chilaquiles, and weekend specials such as menudo (tripe soup), caldo de res (a Mexican beef soup) and ceviche (fish cooked in citrus).

When we sat down, we were served a gigantic bowl of warm, freshly made tortilla chips and salsa. I would have no shame in making those chips, the queso one of us ordered and guacamole my dinner. The chips were as fresh as possible with an addictive crunch, and the salsa had a little kick. Queso fundido was rich and cheesy, and by the time our entrees came, all four of us were stuffed. But in the interest of discovering a new restaurant, we made the sacrifice to eat a bit more -- and trust us, we were not disappointed.

We each ordered an entree from different sections of the menu. Fajitas were a generous portion of chicken with vegetables, served sizzling hot at the table. They weren't remarkable, but if you're a fajita fan, they will not disappoint. Enchiladas verdes were full of chicken and covered with homemade green sauce and thick slices of avocado and onion. A steak Tex-Mex taco sounds like it wouldn't quite be a meal, but one taco was plenty. It was filled with steak and topped with lettuce, tomato, cheese and sour cream -- this wasn't your standard chain Tex-Mex taco.

The standout, however, were the chilaquiles, which are more of the homemade tortilla chips cooked until slightly soft in salsa rojo, topped with onions, beans, cotija cheese and a fried egg. I'm used to getting these at breakfast but they were a tremendous dinner, as well. Entrees run around $9 and come with beans and rice. The eatery also has some American items, like wings, mozzarella sticks and hamburgers, but I doubt I'll ever try them -- it is a Mexican place, after all.

Happy accidents are the best, and this one left us all eager to try more of Veracruz's offerings. We'll be back to try one of its weekend specials, washed down with Jarritos.