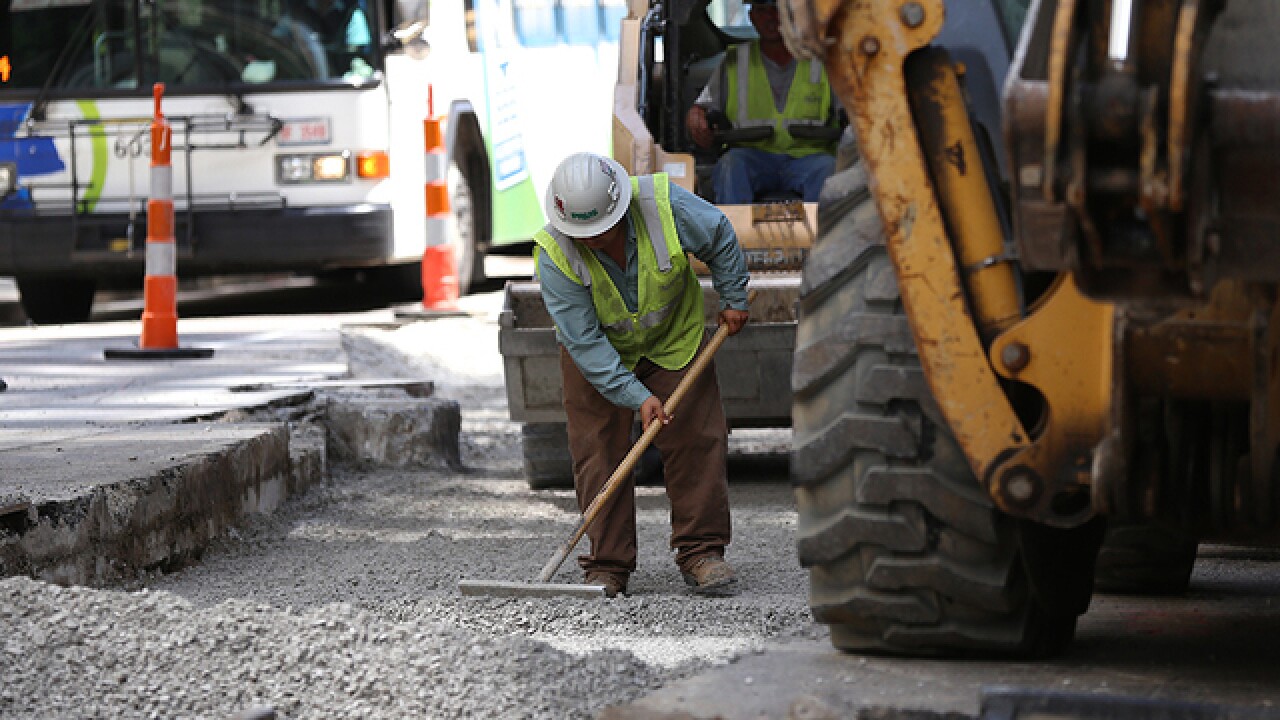 While Cincinnati leaders celebrate huge gains in the number of city contracts awarded to women- and black- owned businesses, Hamilton County leaders hope to play catch up and start working more with small or diverse businesses.

Budget cuts five years ago vaporized a county office devoted to tracking and recruiting minority-owned and small businesses to bid for county contracts. Now Democrats, who retained control of the Hamilton County Commission in January, hope to revive the office later this year.

Small and diverse local businesses have likely missed out on the chance to compete for county government contracts over the last five years, critics like Gene Ellington, who runs an economic and inclusion consulting firm in Cincinnati, said.

“It suggests that diversity and inclusion was not a top priority,” Ellington said of the county commission’s decision to phase out a minority contracting office in 2012. “The county has opportunities now to create an inclusive program that would allow minority-owned and small businesses to participate in some major projects that it has going on.”

Ellington believes now is a crucial time for the county to ramp up its diversity and inclusion efforts when it comes to contracting. A new coroner’s office and the $3 billion overhaul of the local sewer system means local businesses have a lot of county money – and contracts – to compete for in the coming years.

Little is known about how many diverse businesses the county uses for purchasing or construction projects. The county hasn’t consistently tracked its use of small, minority- or women-owned businesses in recent years since the office – then called the Office of Small Business Development -- folded.

That could impact how many businesses, overall, compete for the county’s government dollar on every purchase from office supplies to new construction.

When more businesses compete for contracts it can translate to more competitive pricing for local taxpayers.

“It’s just good business,” Aluotto said. “Any business wants to make sure that the number of contractors who know how to do business with your entity is robust as possible.”

Certain county-backed projects have tracked minority-owned and small business use. For example, the county partners with the city, which has an inclusion policy for contracts, on The Banks project .

But Ellington believes if the county ramped up efforts, it could be using just as many minority, women and small businesses as Cincinnati does for projects.

That turnaround came just a year after city leaders vowed to award more contracts to minority-owned businesses and roughly two years after they created an economic inclusion director position.

“The city is a pretty good example of how you can do this and do it well,” Hamilton County Commissioner Denise Driehaus said.

Driehaus said a diversity and inclusion office will be funded in this year’s revised county budget, which will be ready by March 31, but did not have a cost estimate for establishing the office available yet. She wants to see a full-time employee run the office, which will focus on diversity efforts with contracting as well as the county’s workforce and volunteer boards.

“We’re trying to diversify everything that we come into contact with,” Driehaus said in an interview with WCPO. “Can we do better here? It’s a very broad strategy.”