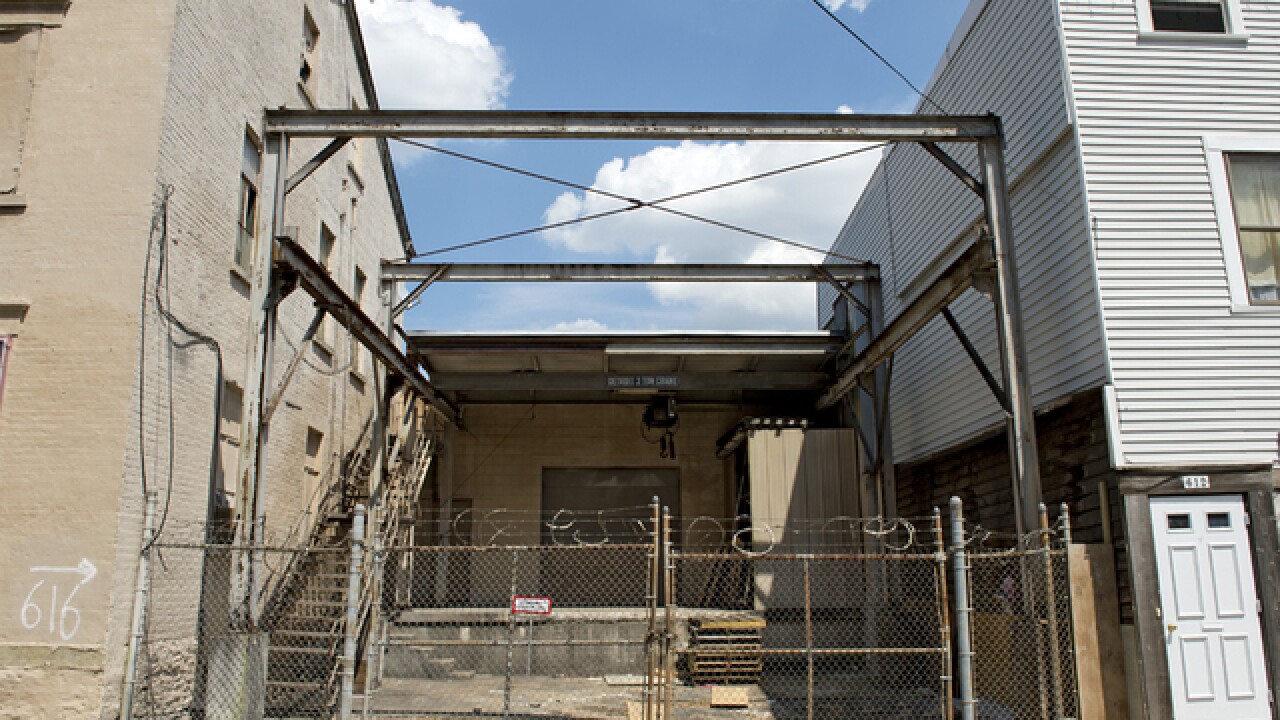 Copyright 2018 Scripps Media, Inc. All rights reserved. This material may not be published, broadcast, rewritten, or redistributed.
David Sorcher
Mark Ruberg, Casey Miller and Cam Mitchell are working to launch an aquaponics farm that will grow lettuce, greens and herbs on the site of an old, vacant manufacturing building located in Lower Price Hill. The loading dock area and current entrance to the abandoned building will need some renewal. Photo:David Sorcher 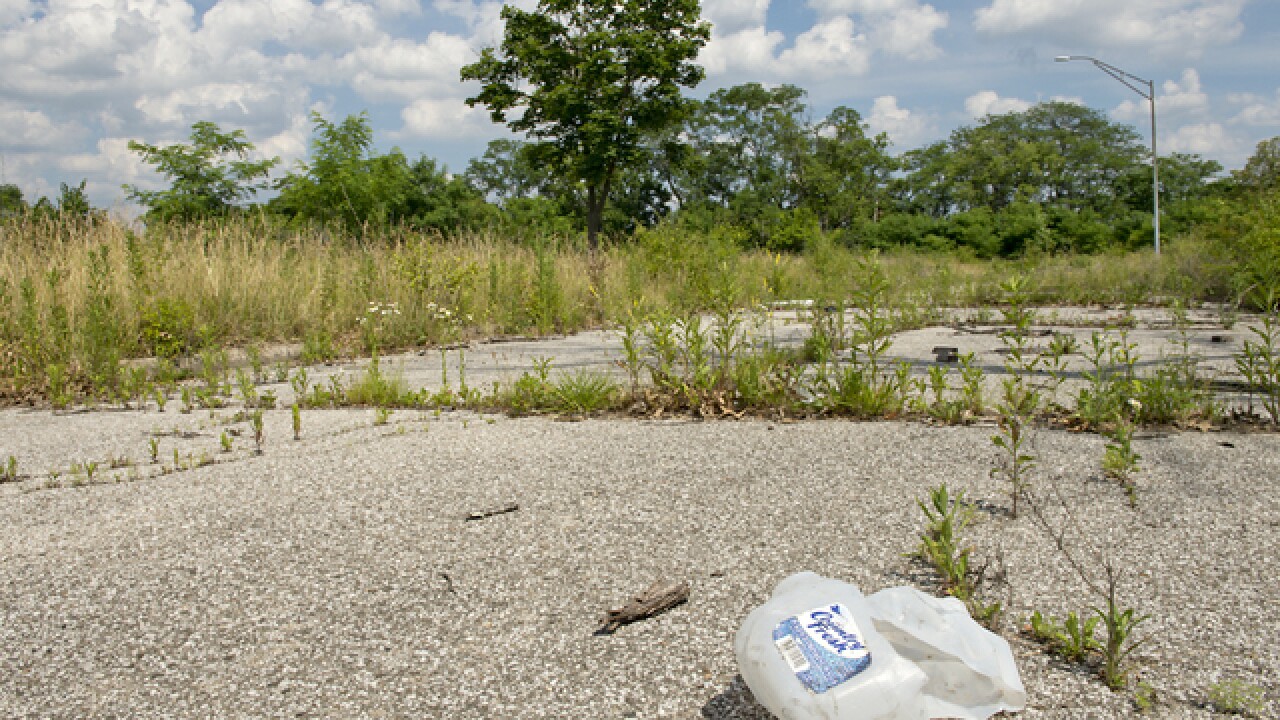 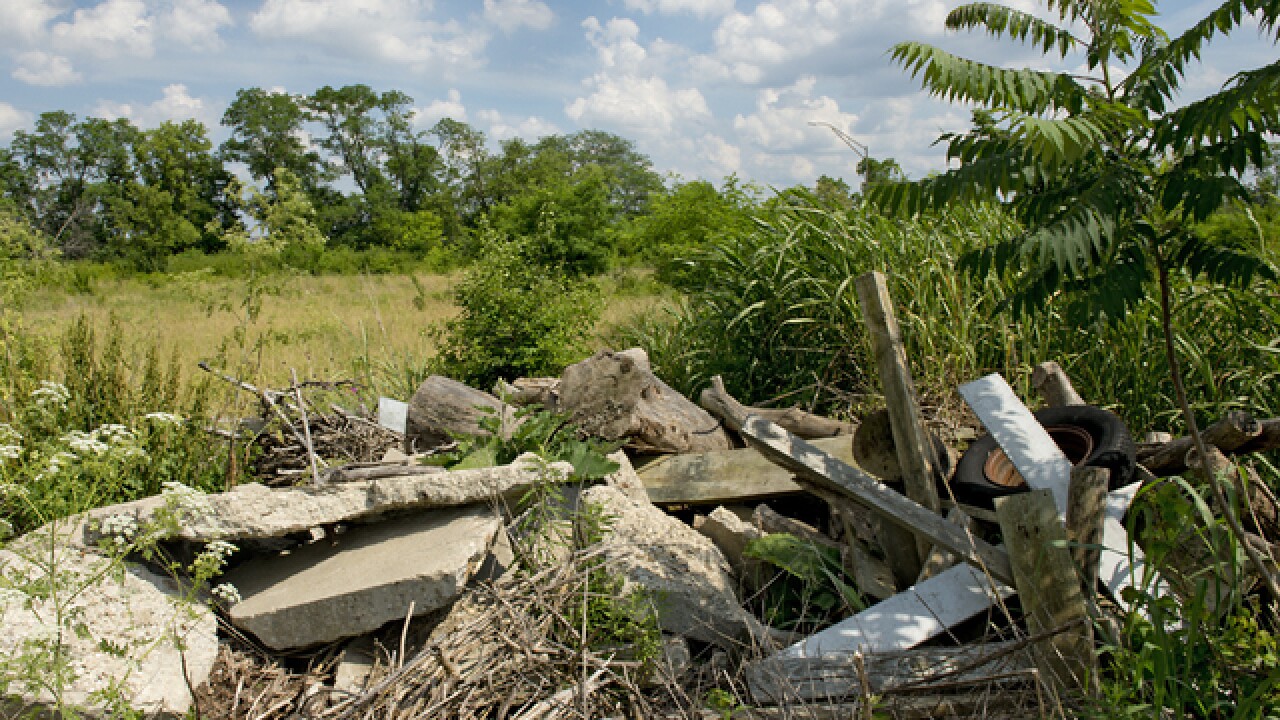 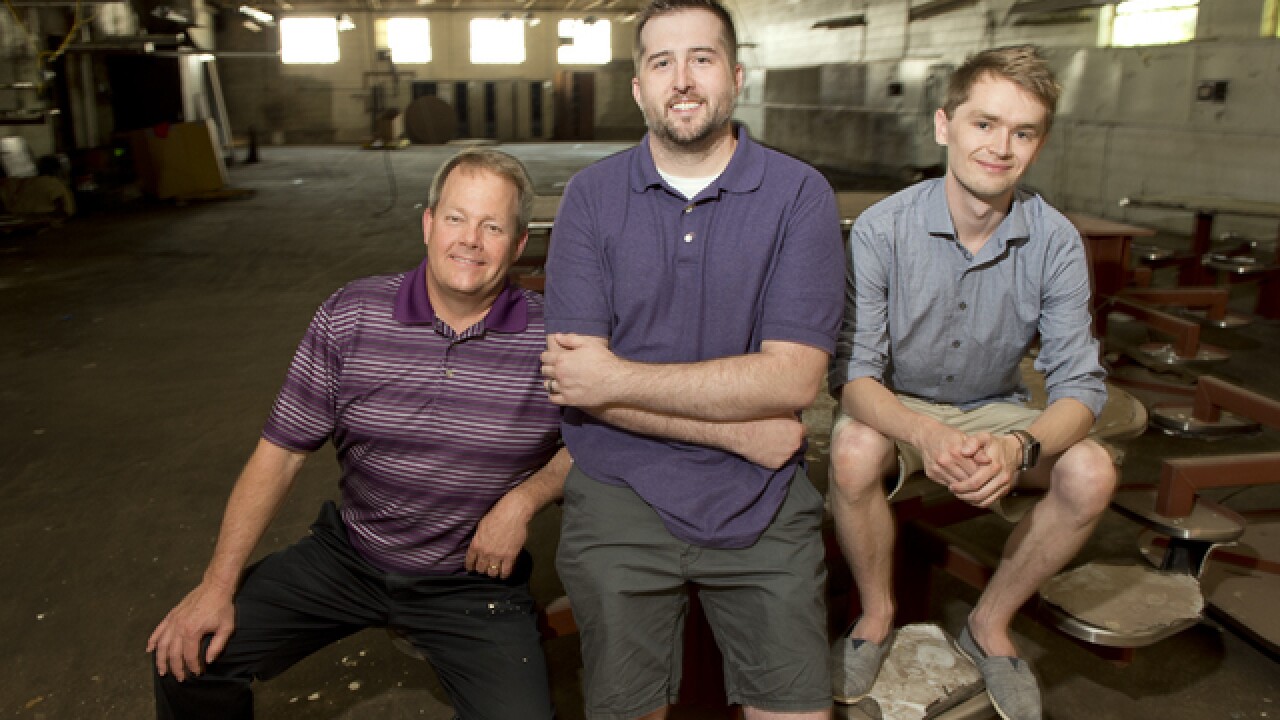 CINCINNATI -- What if rotting, vacant homes and abandoned, overgrown lands in some of the city's neighborhoods were transformed into urban farms growing fresh produce?

Cincinnati City Council is considering a new pilot program that could flip as many as 10 vacant parcels of land into gardens ready for planting anything from herbs to cucumbers.

Supporters believe the humble start to this project could ultimately alleviate some of the city’s most stubborn problems: food deserts, unemployment and blight.

“It will assist in taking that blight, that was a negative, and not only improving the look, but providing sustenance to the area as well,” said Cincinnati City Councilman Kevin Flynn, who proposed the program.

City crews have struggled to keep up with mowing and weeding the more than 1,000 properties – some of them condemned or abandoned by their owners, Flynn said.

That leaves neighbors frustrated with unkempt eyesores that abut their homes.

“It got me thinking: Rather than it being a burden on the city to have to pay to maintain these spots … let’s give them to somebody that will maintain them and how about we plant some fruits and vegetables in these vacant spots?” Flynn told WCPO in an interview last week.

The motion he wrote calls for the city to develop a plan to convert urban farms on city-owned land, identify potential properties, and look into any costs the city might have to consider when launching the program.

His proposal passed with the full support of council earlier this month.

The program could cost some money – providing water access for farmers interested in the land, for example – but Flynn believes the city could pursue grants or make money to sustain the program by selling or leasing lands to interested farmers.

The biggest cost has been staff time and running soil tests to ensure yards are safe for planting.

But the program has cost taxpayers far less than maintaining those properties. Minneapolis was even able to lease out crumbled properties destroyed by a tornado for community gardening.

“It’s been a pretty reasonable program to manage,” said Tamra Downs Schwei, the local food policy coordinator for the city of Minneapolis. “It’s really a benefit to the city that people are coming in and actively attending to the gardens.”

Farms in a warehouse?

The dusty manufacturing building in Lower Price Hill that has sat untouched for over a decade, filled with old, empty toilet tanks and lunch tables, looks like the last place you'd choose to grow hundreds of pounds of lettuce every year.

But when Casey Miller first set his eyes on the big, open warehouse and shipping docks, all he saw was “potential.”

Miller, an urban farmer, is working to clear out the old space and create an aquaponics farm that would use droppings from live fish to fertilize and grow greens and herbs. The system also uses less water than traditional farming because it recycles the water between the fishponds and the plants.

“Hopefully in six months to a year what we have is a full-fledged, indoor farm,” Miller said. “It’s going to take a space that has been vacant for quite some time and turn it into something that’s vibrant, populated, and something that could end up being a destination.”

Miller is part of a team that’s fundraising $250,000 to launch the farm, which will run as a nonprofit. The group is renting the space from BLOC Ministries, which took over the blighted building from the city.

Once the farm is up and going, he hopes to sell produce at farmers markets to local grocers and restaurants.

The farm could hire as many as 20 people and, eventually, open up for tours to the public or schoolchildren – Oyler Elementary sits just two streets away.

Their plan could be used a blueprint for the city and other farmers interested in turning vacant land into property, Miller added.

His partner, Mark Ruberg, asked the city to include aquaponics farming in its recent motion so vacant buildings could be considered for the program.

“I hope it opens up the floodgates for other (farm) projects to come down; it could have a domino effect,” Miller said. "There a lot of spaces around the city that can be used for these projects.”

A solution for blight

Those are areas where blighted properties are easier to find than access to fresh produce.

Urban farms in those neighborhoods could have a big impact, Flynn said. He hopes farmers or nonprofits that take advantage of the program hold small markets or offer up deals on fresh produce for neighbors.

“A lot of these vacant areas are in areas identified as food deserts,” Flynn said.

English Woods, for example, has acres of barren, grassy land since a housing complex there was demolished a decade ago. The lot is currently owned by Cincinnati Metropolitan Housing Authority.

Flynn thinks it’s the perfect site for an urban farm. Studies conducted by both the University of Cincinnati and Xavier have also suggested the land could be used for agricultural purposes.

“If the land is cultivated and used, it’s going to be a much prettier site,” Flynn said.

A farm beats the shattered glass, stray beer cans and discarded tires that currently adorn the fenced up English Woods land, said Larry Eiser, the president of the WestCURC Redevelopment .

His group focuses on redeveloping Westwood, but he worries what visitors will think if they pass through the English Woods to get to his neighborhood.

“With it fenced up, it just looks like an area in transition. It doesn’t send a great message for folks driving through,” Eiser said. “We’re very interested in the gateway neighborhoods coming into us being positive.”