University of Cincinnati and racial justice during Santa Ono's tenure: Progress and tumult 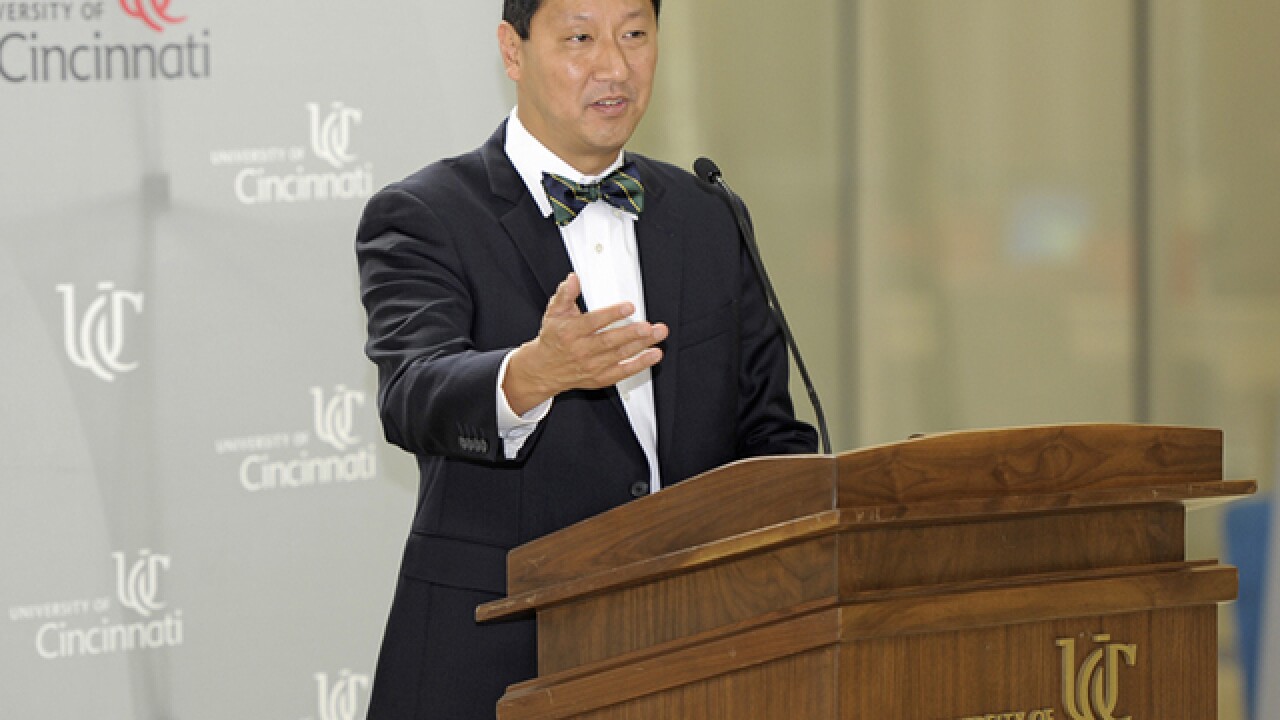 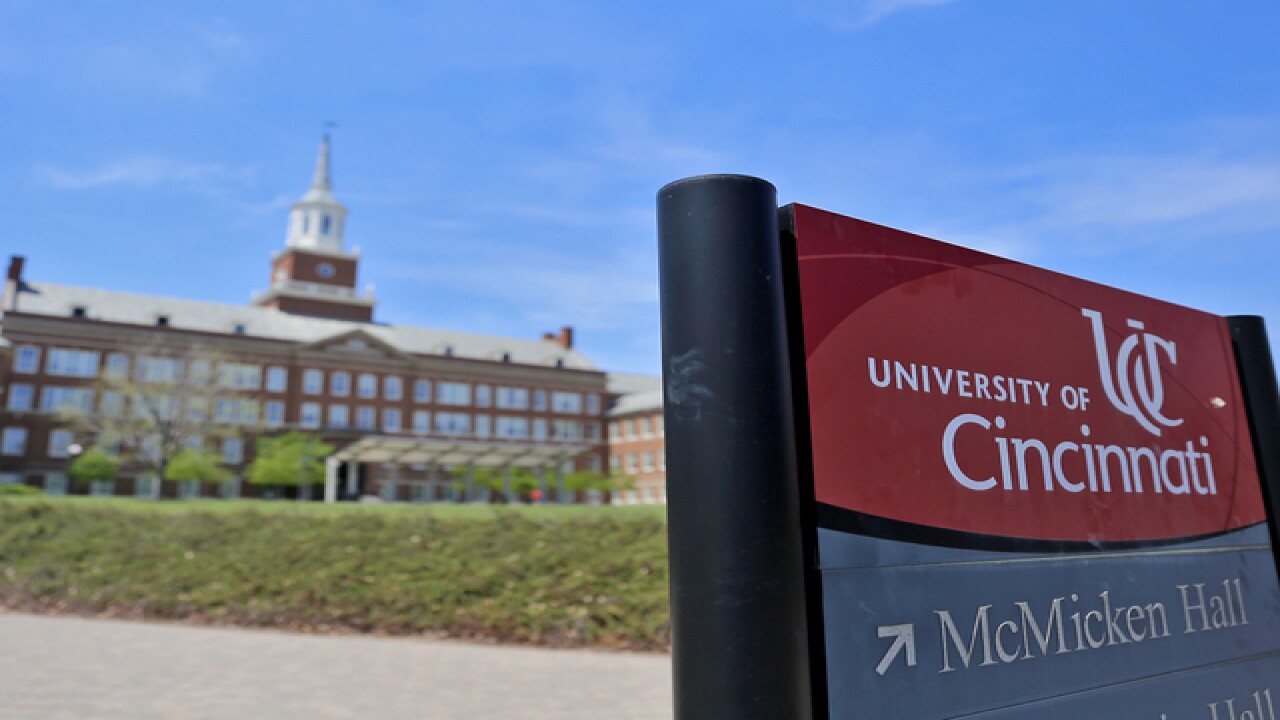 CINCINNATI – By most measures, Santa Ono's four-year tenure as University of Cincinnati president was an unqualified success.

Enrollment hit record levels, the endowment soared by $200 million and the UC community, from his top lieutenants to undergraduate students, praised Ono for instilling new pride and energy, exemplified by the ubiquitous Twitter hash tag #hottestcollegeinamerica.

But one question draws no consensus: Did Ono and UC do all they could to boost low numbers of black students, faculty and administrative leaders?

Diversity and inclusion, particularly as they pertain to African-Americans, grew more urgent during Ono's tenure in the wake of three racially charged events capped by the July 2015 fatal shooting of Samuel Dubose, an unarmed black motorist, who prosecutors say was killed off campus by a white UC police officer, Ray Tensing. He faces trial this fall on homicide charges.

The nationally condemned killing followed the 2014 demotion of Dr. Ronald Jackson from his post as the first and only black dean of the college of arts and sciences, which was preceded in 2013 by the anonymous distribution of a racist cartoon that lampooned Jackson and Carol Tonge, his assistant dean for Recruitment and Retention Initiatives.

The three events lit a fire under student and faculty efforts to make UC a more inclusive institution, including the formation of the Irate 8 and Black UC groups.

The administration also acted, ordering a full review of the police department, which led to firing the police chief and other major steps at reforming the department.

"The status quo is 4 percent (black faculty), and that's clearly not good enough," Mack said. "But I think the university has made some strides to make some positive changes."

The association is working on a proposal that would make it easier for minority faculty members to participate in diversification efforts without being penalized in their quest for tenure. They're also seeking participation from white and other faculty members in pushing diversity.

"If I push the initiative, then it almost looks like I have a horse in the race. When my colleagues push it, then it alleviates that perception," Mack said.

The board of trustees has diversified, with this year's appointment of Robert Richardson, an African-American, as chairman. Kamree Maull, the student trustee, is black, as is Mitchell Phelp, student body president, who also has a seat at the table of board meetings.

Jackson, the former dean, has stayed at UC as a tenured professor teaching communications and has continued advocating for minority inclusion.

He praised Ono's performances in community outreach, "town and gown" relations and social medial. But he sees inclusion and diversity efforts, particularly of African-Americans and other U.S. minorities, as a major blight on Ono's presidency.

"This university has been unfriendly to minorities. You see it every time an African-American is hired into a major supervisory role," Jackson said. "We are not a university that is ready for a black dean. We have a possibility of hiring black people, but our rank and file faculty are not ready to be led by an African-American."

Jackson said UC leaders lacked the courage to add a required course in diversity and inclusion, which he said could go a long way toward addressing prejudices that students and faculty may harbor.

"It's still a place that breeds racism, and we have to build a climate where we hold everyone accountable for justice," Jackson said.

And he wants to see UC recruit minority students across the country more aggressively.

"If you want to keep up GPAs and other standards of excellence, you go after the people who are excellent. It doesn’t make sense that you don't. Places like Harvard and Ohio State University are coming in and taking Cincinnati's best black students. They don't make any excuses about it," he said.

For Samuel Burbanks, who is pursuing Ph.D. in education, the flat or falling numbers of black students and faculty show a lack of genuine effort.

"There's been little (Ono) has done to deal with that issue. And very little bringing black faculty in," Burbanks said. "Those are things that he's been pressed about as far back as 2013."

Burbanks dismisses the creation of the Black Faculty Association and other efforts.

"Those things didn't mean a lot to me because I don't think they were sincere. They were ways of putting out fires so that the university didn't look bad in the public light," he said.

Administrators take great issue with the depiction of their efforts as mere public relations.

"I want people to know that we are on a mission, and that mission is to make the University of Cincinnati a destination for diverse talent," Chief Diversity Officer Bleuzette Marshall said. "We want people to come here from all walks of life to learn, to work to grow and to thrive."

She said faculty members are working to embed diversity and inclusion throughout the curriculum, with four steering committees developing strategies to create inclusive classrooms, incorporating diversity into the general education framework, faculty development and creation of courses and modules.

"I want to make sure that our black faculty are tenured and published, and I want to remove all obstacles in the way of that goal," Marshall said.

She said UC is in stiff competition for talented black faculty and students with universities across the country, some which can simply outbid the institution.

"Everyone is looking for talented students. There's competition. We also have (local) students who want to experience something other than Cincinnati," Marshall said. "I'm fine with people being upset with the progress we've made, but to say that there hasn't been any progress is a knock on all the hard work being done. We have made progress."

Perhaps no one has a longer view of how racial justice has evolved at UC than Eric Abercrumbie, director of diversity and VP of student affairs who came to campus in 1972.

"Back then, all you had to do was reach out your hand, and you could feel the racism everywhere," he said.

Ono's performance? " He's been the best president we've had that's dealt with the issue of diversity and inclusion," Abercrumbie said.

He gives Ono a B+ on diversity and inclusion, withholding an A only because he didn't stick around longer to see some of his initiatives bear fruit.

"We've had presidents who would never come at all into our themed areas like black cultural centers, attend black student programs. He was a person who was visible," Abercrumbie said.

He rattled off a list of positive steps, including expanding the role of Marshall as chief diversity officer; increasing the number of Turner scholarships that support minority students; and hiring black women in leadership roles like chief legal counsel and vice president of student affairs.

"Even though it wasn't successful, give him credit for hiring the first black dean over the college of arts and sciences (Jackson)," Abercrumbie said.

"I don't think you can question (Ono's) desire to help people no matter who they are. We're losing a person with a real heart and soul," he said.

For Abercrumbie, the ultimate test of the impact a university president or any potentially great leader has had in his lifetime will be whether mourners at the leader's funeral "all look like him."

He remembers going to one UC president's funeral and being the only black man there.

His prediction for Ono's funeral? "He would have a rainbow coalition up in that bad boy."