UC's Jacob Evans will likely play in the NBA in the near future -- but how near? He's not saying 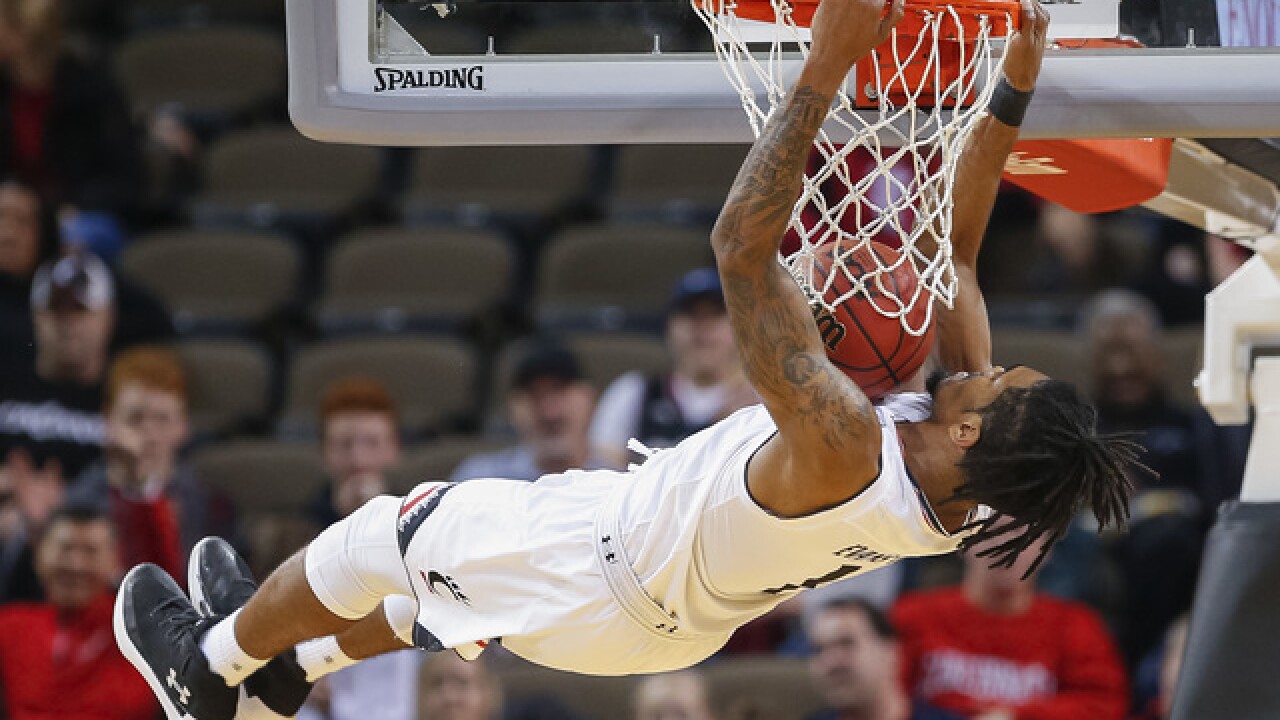 Image copyright 2017 Getty Images. All rights reserved. This material may not be published, broadcast, rewritten, or redistributed.
Michael Hickey | Getty Images
<p>Jacob Evans of the Cincinnati Bearcats dunks the ball against the Arkansas-Pine Bluff Golden Lions at BB&T Arena on Dec. 19, 2017 in Highland Heights, Kentucky. </p> 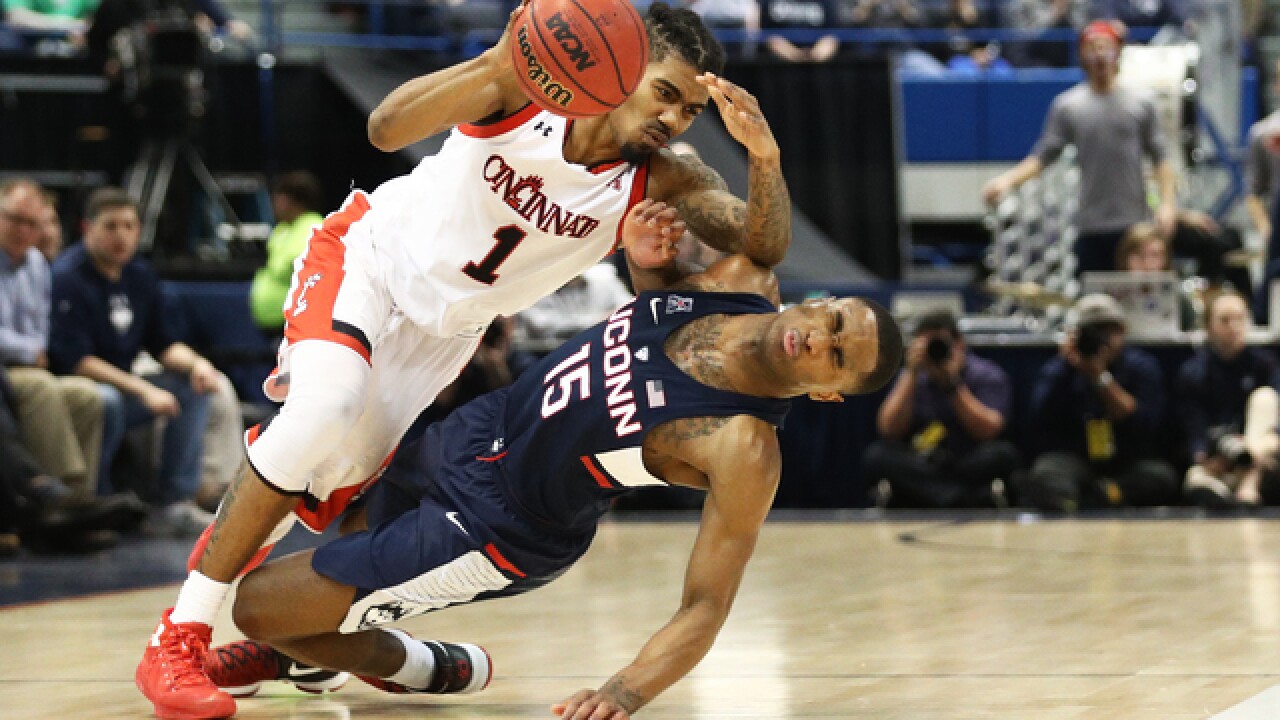 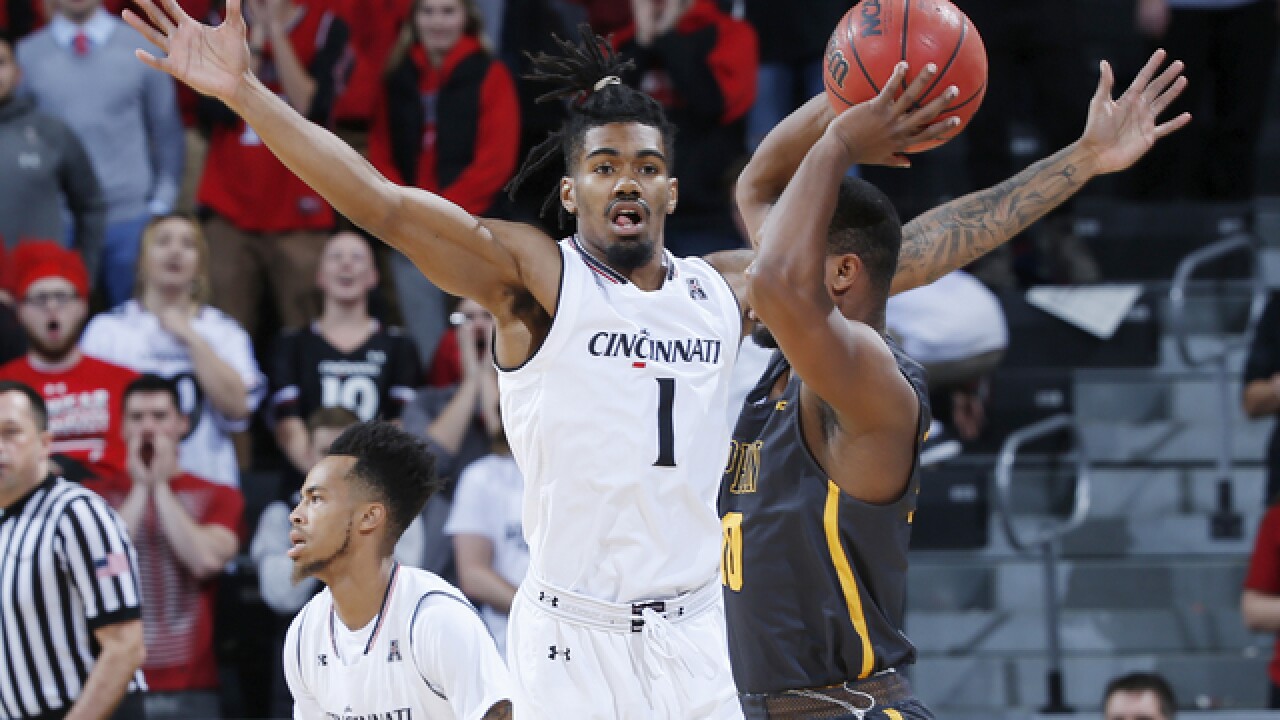 CINCINNATI -- Before every practice, during warm-ups, Jacob Evans looks up at the banners that list every past University of Cincinnati player to make it to the NBA.

The junior guard can't wait to add his name right under Sean Kilpatrick, and it's probably only a matter of time before it happens.

"I look up and see the names, and it's just a reminder of where I want to be," Evans said. "I just try to push myself to reach those goals and that dream."

Evans just doesn't know when he will declare himself eligible. That's a decision that will come after the season.

His focus right now is finishing strong with his team and taking the No. 11-ranked Bearcats as far as they can go in the postseason, he said.

Cincinnati (25-4) holds a one-game advantage in the American Athletic Conference following Sunday's home finale win against Tulsa. Evans leads the team in scoring with 13.4 points per game and is second in steals with 1.4 per game.

Kilpatrick, a guard for the Milwaukee Bucks, was the last Bearcat to go to the NBA -- a guard like Evans, but not as well-rounded a player in college.

UC coach Mick Cronin can't even compare Evans to any of the other players on those banners. Most of the modern-era players were big guys or high-scoring guards who lacked certain tools that make Evans so special.

"(Pacers guard) Lance (Stephenson) and Kilpatrick were great scorers and so was (former Lakers guard Nick Van Exel), but Jake is more of an all-around player," Cronin said. "He can pass, he can rebound, he defends, he blocks shots, he can score. I think his strength is his ability to do everything, and we don't really have anyone up there in modern times like that. He does everything for us."

Take Thursday's game against UConn, for example. Evans had four assists, a steal, a rebound and a block before even attempting a field goal in the 77-52 win. His first shot from the field was a missed 3-pointer with 3:56 left in the first half and the Bearcats leading by 13.

Cronin emphasized after the game that he needs his top scorer to make shots and add more than four points to his team's stats if the Bearcats are going to make any noise in the postseason, but even when Evans is not making baskets, he is contributing in big ways. He finished with six rebounds, a game-high five assists and two blocks.