Tyler Williams has a unique perspective on the Colerain-St. Xavier rivalry 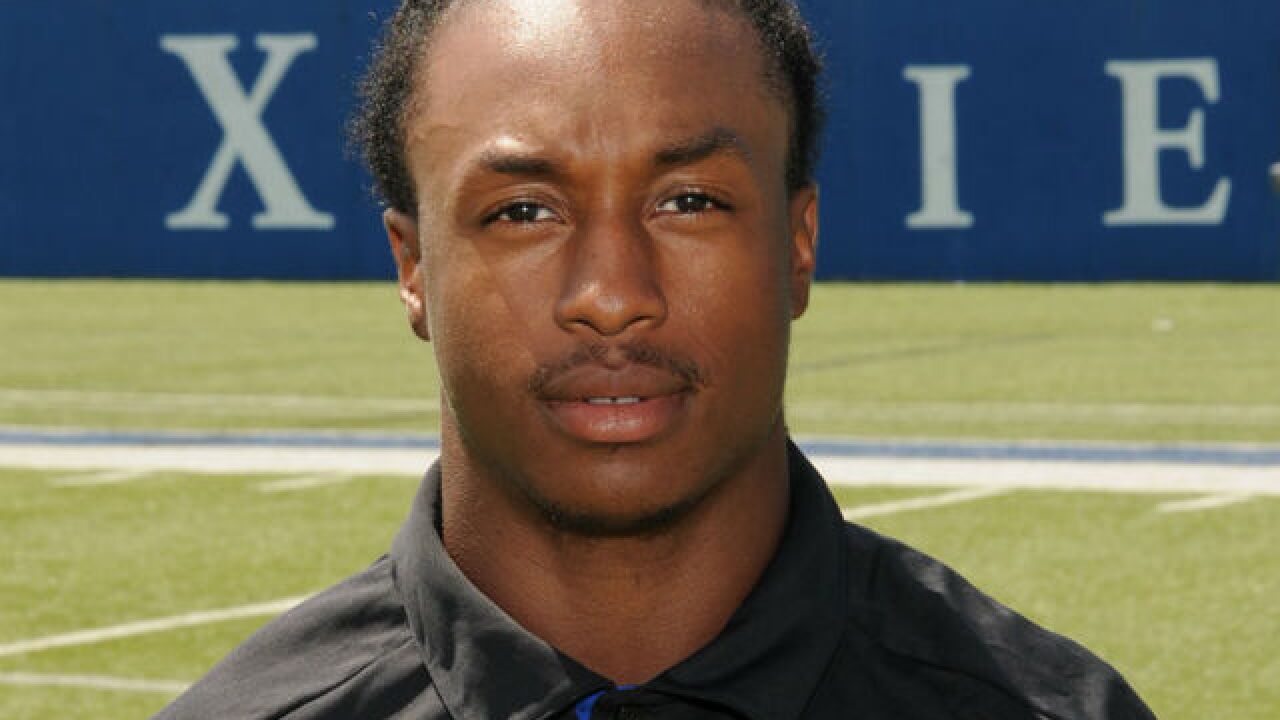 But the proof that Williams ran down the sideline past now-NFL star Luke Kuechly for a 48-yard first quarter touchdown in the 2008 Skyline Chili Crosstown Showdown at Nippert Stadium was too good not to replay. Williams admits he watches it all the time.

“He is one of the best athletes I have played against.”

Williams, listed at 5 feet 7 and 175 pounds this past summer, uses the present tense because the 2011 Colerain graduate is still a professional football player.

Not only did Williams face St. X as a player, but he was an assistant at Colerain in 2016 before arriving at St. X this summer.

His father, Terrell Williams, is the strength and conditioning coach at St. X. The younger Williams was a bit torn over the coaching opportunity.

“It’s hard,” Tyler Williams admitted. “Me and my girlfriend -- we actually prayed on it. This is a hard decision -- I don’t want to leave my old school. It’s about the kids at the end of the day. I got an opportunity to coach with my father, coach under (St. X coach) Steve Specht and give the kids the knowledge I have.”

Williams, who played at the University of Akron, was named this past summer to the Indoor Football league (IFL) First Team for the Wichita Falls (Texas) Nighthawks.

The kick returner had 2,554 all-purpose yards and was also named a second team running back.

Williams, 25, hasn't decided which team he will play with next spring. He said he has a few tryouts with Canadian Football League (CFL) teams and would like an opportunity at a mini-camp in the CFL or NFL.

This week, he’s focused on coaching and being the scout-team quarterback in practice at Ballaban Field in order to try to replicate the Colerain triple-option offense with which he's so familiar.

He’s already received plenty of text messages from his Colerain friends. But it's all in good fun.

"This is actually a great opportunity," Williams said. "Not too many kids at 25 can say they have coached for (Colerain coach) Tom Bolden and coached for Steve Specht."

Bolden, who is longtime friends with Specht, harbors no ill will toward his former standout.

“Tyler has been near and dear to me for a lot of years,” Bolden said. “I am sure there will be handshakes and hugs before the game and a hug after the game. In between that, it’s going to be on.”

Williams can’t say enough about playing for the Cardinals. His favorite high school football memory was a 44-12 win over visiting Elder his senior season. Ironically, his final high school game was a 24-23 loss to St. Xavier in the second round of the 2010 playoffs.

Colerain football left an indelible impact on him.

Football runs in his family and he’s been playing since he was 4. His youthful enthusiasm connects him to the players on and off the field.

Specht said Tyler Williams will make an excellent head coach one day if he so desires.

“You see all this gray (hair)?” Specht said. “I’m 50 years old. He’s 25. He relates to these guys. I was him once. He relates to these guys differently than I can. And you need that on staff. You need young coaches on staff that can bring the energy. And you need the old guys like us that bring the wisdom, I guess. I expected a lot, but he’s exceeded that.”