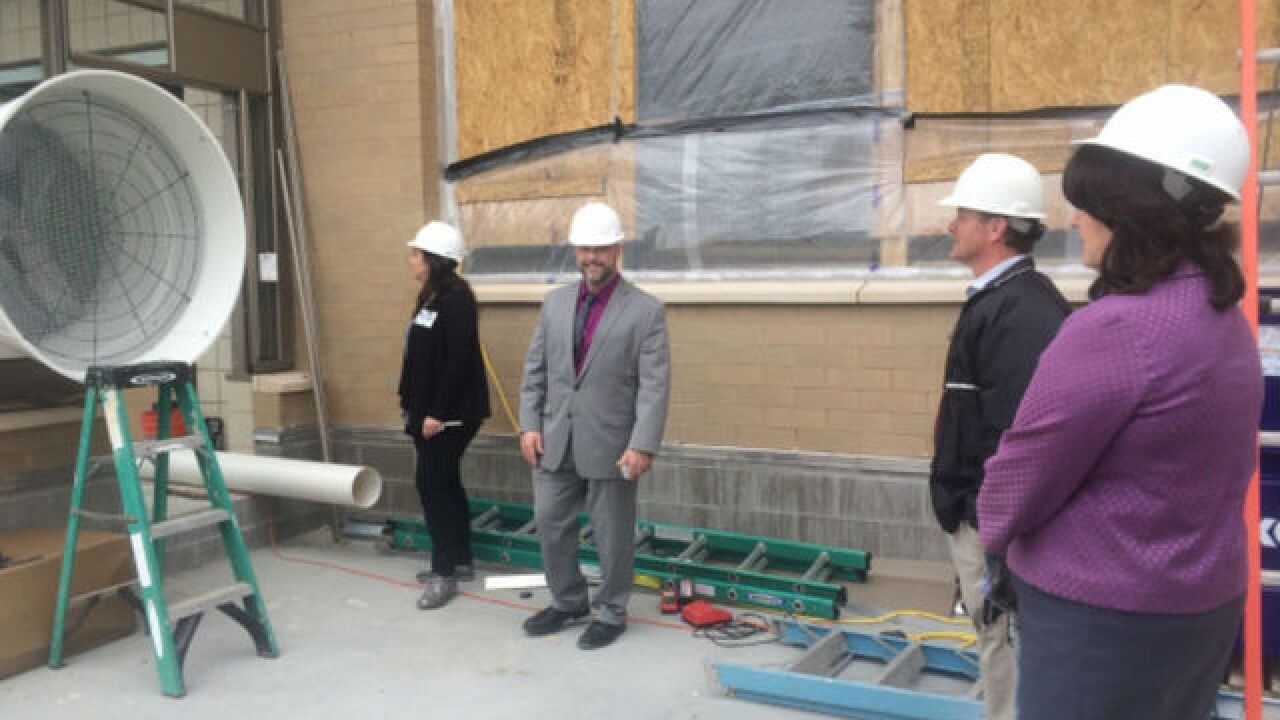 Contractors are “just getting started” on renovations at Ft. Wright Elementary, which will reorganize the school and increase its capacity, said Rob Haney, director of facilities and finance for the district.

Of the approximate $20 million the project is expected to cost, about $14 million is being covered by the School Facilities Construction Commission. The school was one of 10 in the commonwealth selected by legislators to receive funding due to its need for repairs and the district’s efforts to maintain its buildings.

“We were chosen, along with the other schools, because in Kenton County we’ve done a lot to help ourselves,” Haney said. “We’re pleased that they’ve taken that posture.”

The district will sell bonds to pay for the remainder of the project’s cost.

Renovations will include new roofing, lighting and mechanical systems. The kitchen and cafeteria will be rebuilt in another part of the building, and a new entrance and office suite will be constructed in their current location.

The project also includes a two-story classroom addition, which will accommodate a growing student body. With a student population of about 500, the school is currently overcrowded. After renovations, it’s expected to accommodate 600 pupils, Haney said.

The “top-down” renovation is expected to take about two years to complete. Splitting the work into phases will allow students to remain in the building during construction, but some classes will use mobile units.

Like Ft. Wright Elementary, Scott High School is in the midst of a “top-down” renovation.

The building is in its third phase of construction, which includes new, relocated science classrooms, kitchen and cafeteria as well as a new media center.

Previous construction included a two-story classroom addition, a new stadium, fieldhouse, softball field and a new entrance to the school.

“We literally flipped the orientation of the building,” Haney said.

Flipping the orientation of the entrances and parking lots for Scott High School and Woodland Middle School – which share a campus – gave Woodland its own identity and improved busing.

“It really has helped with a safe pick-up and drop-off,” Haney said.

In addition to increasing school safety, the renovations aim to facilitate newer learning models, with collaborative learning spaces in hallways and countertop workspaces on top of lockers.

District officials also made energy efficiency a priority in renovations at the elementary and high school buildings.

“We’re known for being energy efficient in this district,” said Jess Dykes, director of public information and community engagement for Kenton County Schools.

“We have a very sustainable-minded approach to all of our projects,” Haney said.

Even with the building still under construction, Scott High School is already close to receiving an ENERGY STAR rating for its energy efficiency, he added.

The current construction phase at Scott High School is expected to cost about $17 million. District officials will sell bonds to cover most of the cost, but $875,000 is being covered by the state.

The project is expected to be complete this July.