Tri-State students leaving their mark in studies around world 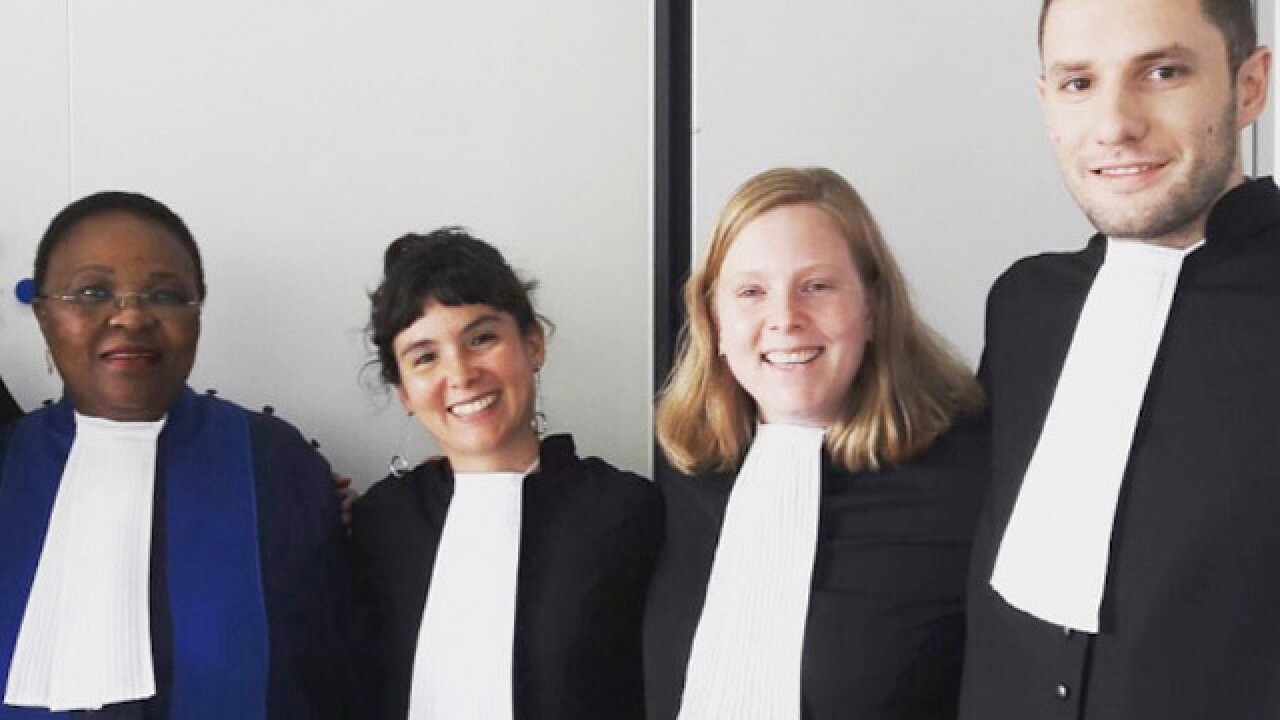 <p>Luke Woolman, right, a University of Cincinnati College of Law student, is working for the International Criminal Court in The Hague this summer as part of a human rights internship. (Provided photo)</p>

CINCINNATI -- When Luke Woolman began an internship at the International Criminal Court this summer at The Hague, Netherlands, he never expected his opinion to matter. Especially during his first week of work.

“The legal officer that I am assigned to asked me to read through all of the documents on a pending appeal,” the 23-year-old University of Cincinnati College of Law student wrote in an email. “After I finished reading everything (several days later), I went to her office, and the first thing that she said was that she had not read any of the documents and wanted my opinion on how I felt the appeal should end up.

“That was obviously the last thing that I was expecting her to say, but it really set the tone for my entire internship — they (both the judges and legal officers) truly value and ultimately rely on the research and opinions of their interns, and the work that we do really has an effect on the outcome of appeals.”

Woolman, a Dallas native who arrived in The Hague on May 15 and is to return home July 29, was the first UC law student to intern at the ICC, an intergovernmental organization and international tribunal that has the jurisdiction to prosecute individuals for international crimes of genocide, crimes against humanity and war crimes.

“I was not sure what kind of work I should expect coming into the internship … but I was definitely not expecting to be given so much responsibility when it came to researching, drafting and, ultimately, advising the judges and legal officers on decisions,” he wrote.

That trend — of this summer’s crop of students’ studying abroad and effecting positive change in the destinations they visit — extends across the region.

By the end of the summer, nearly 2,000 students from Tri-State universities will have studied abroad in destinations ranging from the Netherlands to Costa Rica and Belize, and from Ghana to Guatemala.

And they’re all leaving their mark.

Marisa Derenzo is a 21-year-old biology major at Northern Kentucky University who recently completed a fully-funded research trip to Belize, for the second year in a row.

The trip — made possible through a partnership with the National Science Foundation — allows four undergraduate students and two faculty members at NKU to conduct research on sustainable harvesting and biodiversity at the Belize Barrier Reef.

“Culturally, it’s definitely an incredibly different lifestyle being in a third-world country,” he said. “On a rainy day when we were working, we got to go home to warm showers and clean clothes. But those things that we think of as necessities are really privileges. The guys we were working alongside don’t get to go home to a warm shower and have to come back to work tomorrow in the same clothes. It was really eye-opening.”

Xavier University’s Allie Hallberg, a 21-year-old occupational therapy major, traveled to Guatemala at the end of May to learn about Mayan culture. And to serve.

In addition to treating and making care plans for children and adults with disabilities, Hallberg and her fellow students also visited a clinic that had recently opened in a remote village.

As part of a conservation trip to Costa Rica in May, UC Blue Ash sign language and interpretation major Brittany Jenkins, 20, and her classmates stumbled upon traces of sea turtle nests that had been vandalized by other animals.

“We saw empty sea turtle shells where animals had gotten to the eggs and eaten them,” she said. “When we found a nest that was still intact, we moved it to a safer location so it wasn’t so close to the shore.”