Our region needs some bold investors 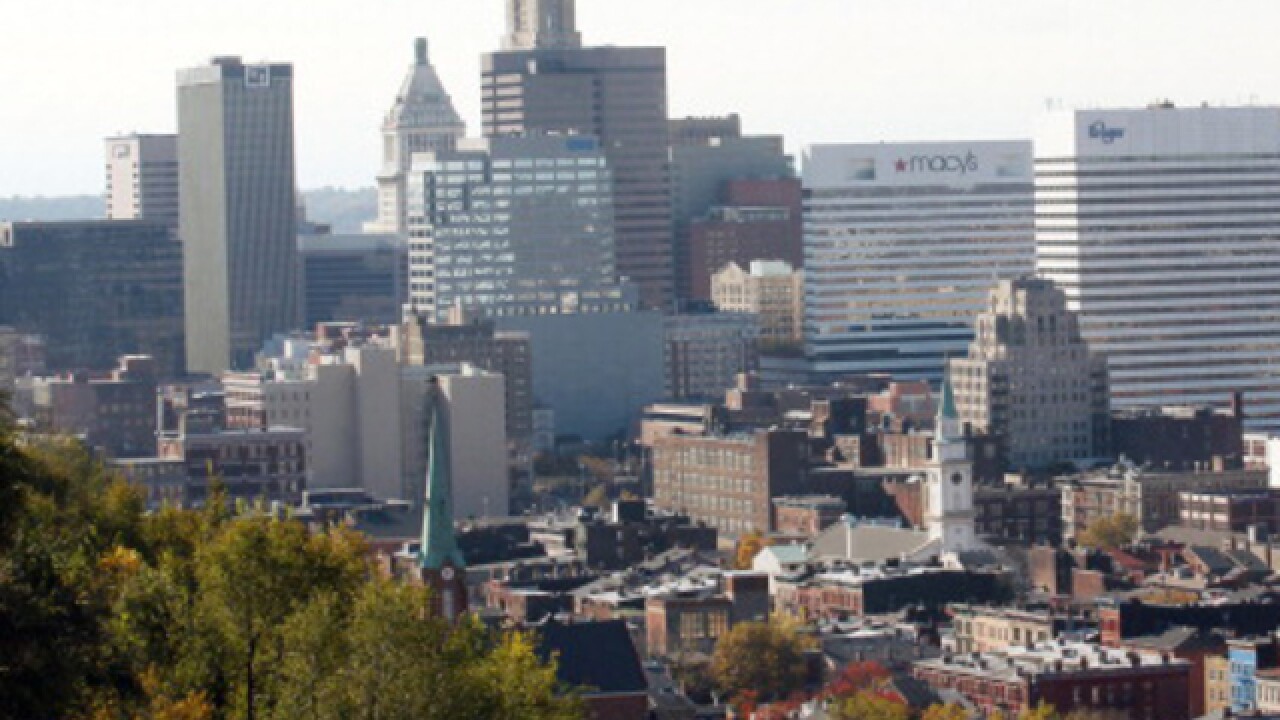 Copyright Getty Images
MCT/Getty Images
<p>The Tri-State recently ranked 33<sup>rd</sup> in venture capital investment in 2015. In investment dollars per population, it’s even worse. Why isn’t the Cincinnati startup community isn’t as vibrant as those in other cities?</p>

CINCINNATI -- As of the most recent census, the Cincinnati/Northern Kentucky metro area was the 23rd largest in the nation, but it seems to be punching below its weight class in its support of business startups.

According to the Ewing Marion Kauffman Foundation’s index of startup activity, the Tri-State ranked 32nd among metro areas in 2015, a slight improvement from 34th in 2014

And according to the PricewaterhouseCoopers/National Venture Capital Association MoneyTree Report, the Tri-State ranked No. 33 in terms of venture capital investment in 2015, with $96 million.

In terms of investment dollars per population, it’s even worse. By that measure, it’s about $48 for every person in the Tri-State — and 55 metro areas did better.

What’s the main reason the Cincinnati startup community isn’t as vibrant as those in other cities?

Billetz and leaders of four other local startups pitched their businesses to 25 venture capital companies in San Francisco and Los Angeles last month as part of the #StartupCincy Roadshow organized by local startup supporter Cintrifuse, with help from local angel investor group CincyTech.

The goal was to open doors for the startups, give them an opportunity to hear feedback and also to help build relationships that could lead to future investment, Cintrifuse content marketing specialist Patrick Venturella said.

The fact that local startups had to ask for funds in different cities illustrates that there aren’t enough points of access to early-stage or growth capital here, Billetz said.

There are investors willing to bet on new ventures, he said, but not nearly as many as on the coasts.

Cintrifuse CEO Wendy Lea did angel investing for 10 years in Silicon Valley, where angel investors are everywhere. But in the Tri-State, she said, people with money have traditionally invested more in the arts than in startups.

“We need them to consider getting smart (about investing in startups) and certified (as investors) so they can participate in early-stage deals,” she said. “We need individuals to open their pocketbooks.”

Another need is money for startups cashing out, she said. Such exits encourage startup investors by putting money in their pockets, she said, and, ideally, gets recycled into investment in other local startups.

“In an ideal world, the ecosystem funds itself,” agreed Billetz. “That’s when you get strong growth in that area.”

A good local example is the sale of DotLoop to Zillow Group for $108 million in 2015. DotLoop co-founder Matt Vorst has invested $500,000 of his take into another local startup, Physi.

Lea might have had people like Vorst in mind when she said the Tri-State “needs more high-quality entrepreneurs who have guts and that are brave enough and smart enough to disrupt old processes and old industries.”

Her organization works with 254 early-stage companies locally, she said, but she won’t rest until that number grows to at least 1,000, giving the region a critical mass of entrepreneurs.

Startups need founding teams with “a lot of ambition, competence and confidence,” said Ry Walker, co-owner of Astronomer, an Over-the-Rhine startup that helps companies organize data. “And a willingness to put the company on the line, over and over.”

The Tri-State does have advantages for entrepreneurs, he said, and those include a highly regarded business accelerator The Brandery, as well as Cintrifuse itself, whose connections to the region’s big companies are admired by startups in other cities.

About those big companies: There are 140 companies in the Tri-State with at least $250 million in annual revenue that “realize technology is the centerpiece of their growth strategy,” Lea said.

That’s important — and the region’s No. 1 asset for startups — because those large companies provide a market for the apps and services that startups create, she said.

Partly due to consumer product companies such as Procter & Gamble, there’s a lot of marketing, design and branding talent available locally for startups to take advantage of.

There’s also a core group of mentors and advisors willing to help new business owners, Billetz said. And the Tri-State’s cost of living relative to the coasts is cheaper, he said, which is also a great advantage.

The fact that there are fewer startups here competing for dollars can also work in their favor, he said, because it’s easier to attract attention and dollars.

“You can be a brand new idea, and get attention and interest, versus having the same idea on the coast and never see any interest whatsoever,” he added.