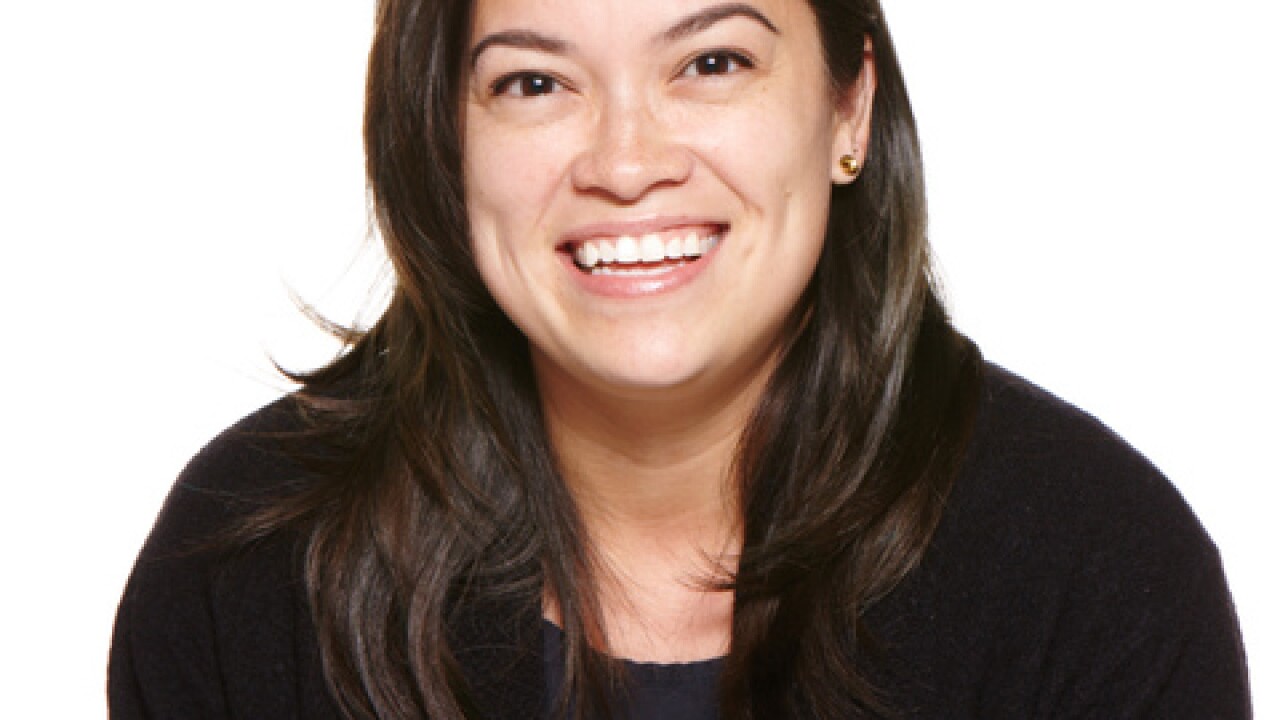 Copyright 2017 Scripps Media, Inc. All rights reserved. This material may not be published, broadcast, rewritten, or redistributed.
Provided
<p>Tara Manicsic, a developer for Bedford, Mass.-based Progress Software, started a local chapter of Women Who Code after she moved back to Cincinnati in 2015.</p> 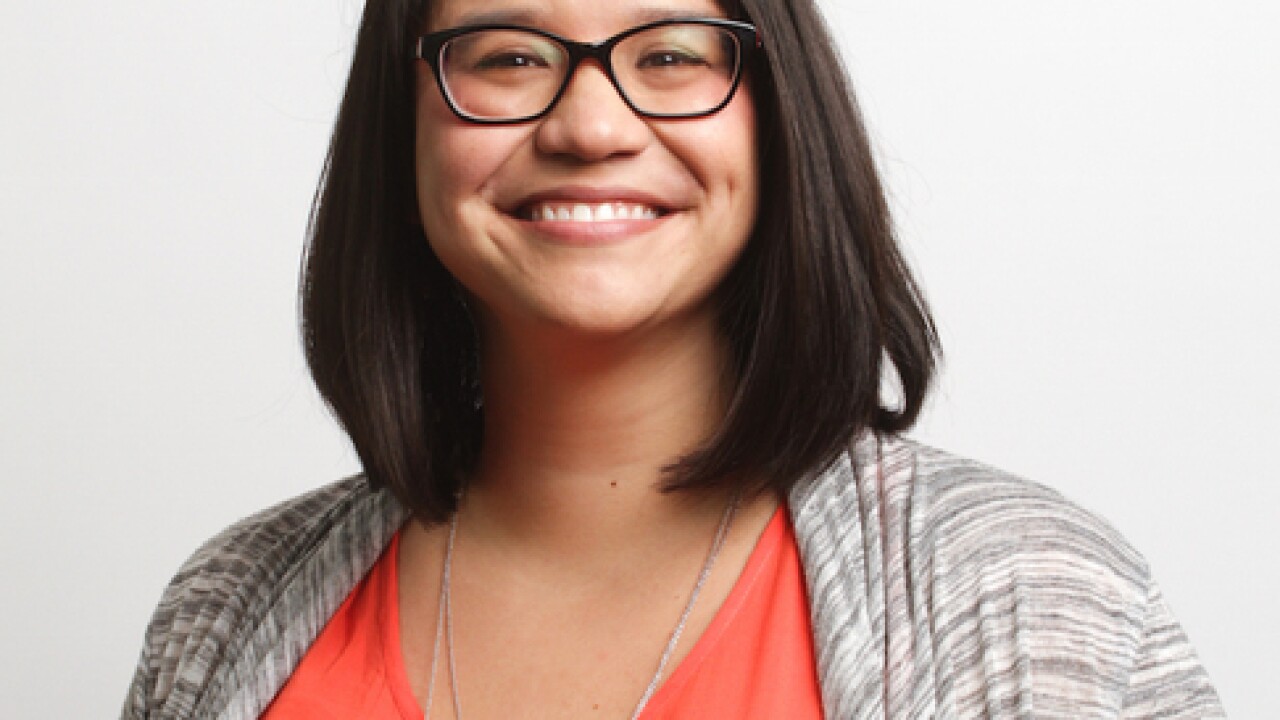 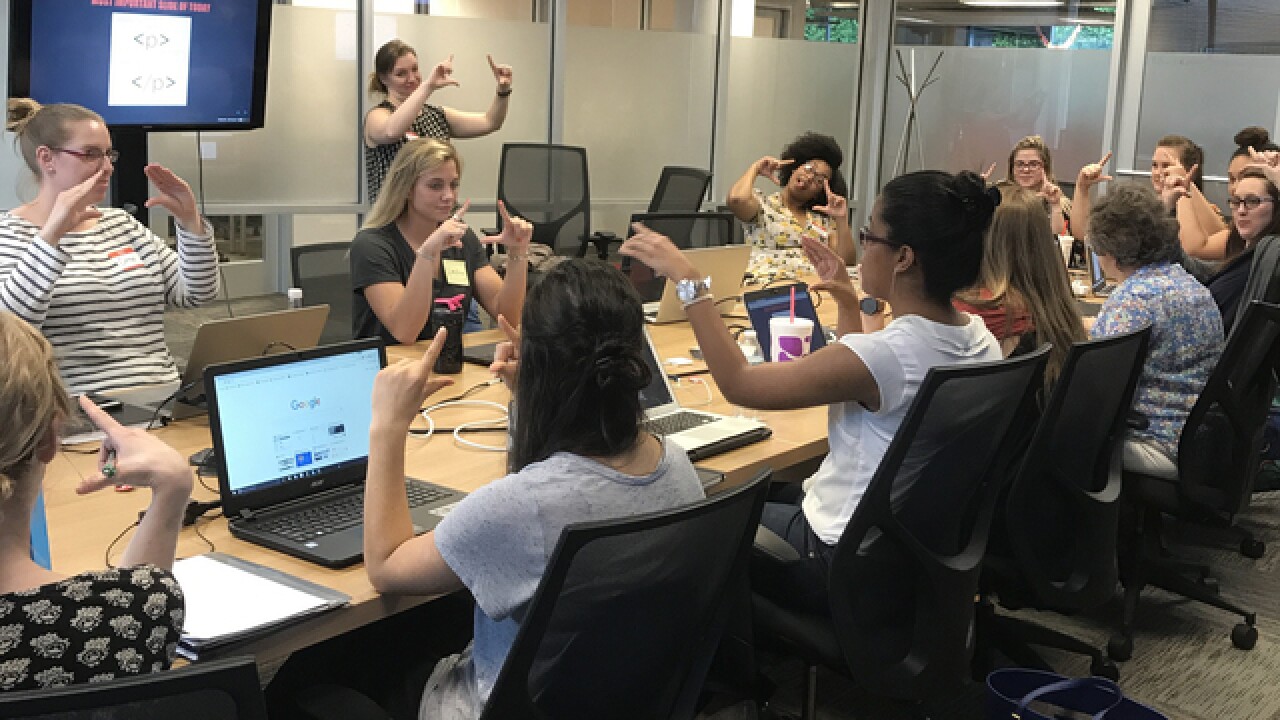 CINCINNATI -- Becky Blank has worked in the tech industry for about 12 years. She's now a digital project manager/tech strategist at Ample , a small digital-marketing and product-development agency in Cincinnati.

There just aren't that many women doing computer coding and developing.

"I think bro culture still exists," she said. "It's going away, but when you get a bunch of guys in a room, that's what you get … I've always been the weird outlier."

Her experience matches that of women in the rest of the country and even the world.

For example, a 2016 report from the National Center for Women & Information Technology showed that in 2015, women held 57 percent of all professional occupations in the United States, but only 25 percent of the computing occupations.

Only 11 percent of the chief information officer positions in the United States are held by women. But strangely enough, a 2014 survey found that one in three CIOs don't think women are underrepresented in tech.

Eighty-eight percent of all information technology patents from 1980-2010 were invented by male-only teams, and only 2 percent by female-only teams.

Why are there so few women in tech?

"I wish there was a silver-bullet answer," Blank said. "I think there are a lot of factors."

One of them, she said, is the aforementioned bro culture and the horror stories women hear from other women who've worked in tech, such as the stories that have recently surfaced about sexual harassment at Uber .

Blank also likes an explanation that involves modern advertising. She cited a National Public Radio report that showed that although women programmed some of the first digital computers, the percentage of women studying computer science has fallen since 1984.

That date's significant because it's when Apple began pushing personal computers -- and marketed them to boys , as toys boys use to do boy things, like play video games.

Popular culture reinforced that message with movies like "Revenge of the Nerds," Blank said.

Whatever the reason, the lack of women in tech is a problem not just from a diversity point of view, but from a practical one. As WCPO.com previously reported, about 1,800 tech positions in the Tri-State remain unfilled .

Blank's doing her part to get more women into tech. She is co-director of the local chapter of the nonprofit Girl Develop It , which offers low-cost classes for girls and women who want to learn web and software development.

About 1,800 people have signed up to receive info on the local chapter's classes, which makes it the 17th biggest chapter of the 53 in the United States, Blank said.

The event was also hosted by the local chapter of Women Who Code , a global nonprofit designed to help women in technology careers.

Tara Manicsic, a developer for Bedford, Mass.-based Progress Software, started the local chapter after she moved back to Cincinnati in 2015. Women here in tech needed a support system, she said, as well as help with continuing education.

"Tech is changing so quickly," she said. "You have to keep learning to keep up … otherwise, you become antiquated very quickly."

Another nonprofit working to get women involved in tech -- but at a younger age -- is the Cincinnati Museum Center. Its free STEM Girls program introduces girls 8-14 to careers in science, technology, engineering and math.

Not specifically focused on girls, the INTERalliance of Greater Cincinnati is another nonprofit working to introduce high school students to information technology.

Geoff Smith, a member of the INTERalliance board, said that the group's programs reach about 1,000 students a year, and about 45 percent of them are young women.

Between what INTERalliance, Girl Develop It and other groups are doing to help women in tech, he said, "the community is being fairly pro-active in going after that issue."