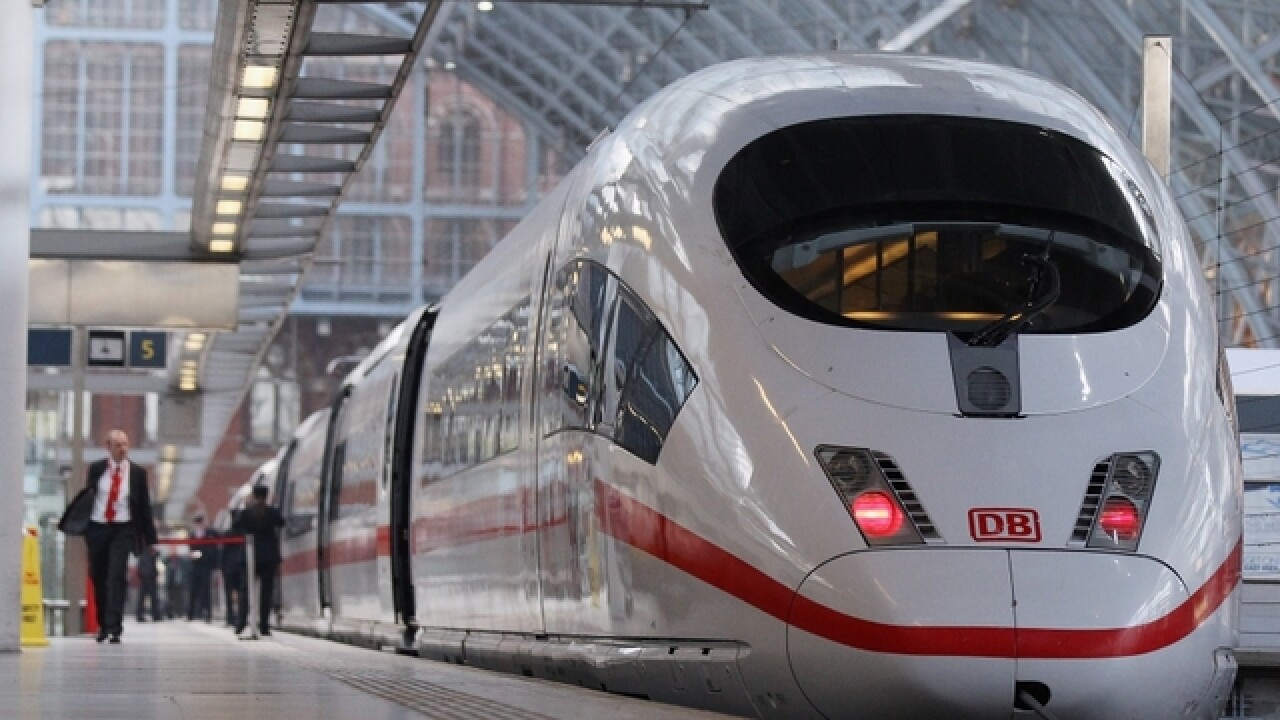 CINCINNATI -- Hamilton County leaders set what some commissioners call an "ambitious" vision for the future, when the Board of Commissioners passed its annual policy agenda for 2018.

Others question the weight of its priorities.

The board's vision for the region's transportation and infrastructure needs might be one of the loftiest the agenda contains, including a proposed three-state, eight-county regional transportation commission.

"There is today a growing recognition -- unlike what we've had before -- around and in favor of the concept that, in order for us to succeed as a region, for this metro area to grow, we have to have a transportation system that serves the entire region," Hamitlon County Board of Commissioners President Todd Portune said.

"One that would let everyone go anywhere they need to go," he said.

The board approved the agenda Aug. 2 and it focuses on 11 different policy sectors, transportation and mobility included.

The agenda made Commissioner Chris Monzel feel uneasy, given its lofty goals -- and the costs that would be associated with them. Monzel was the one dissenting votes out of the three commissioners.

"This document is meant to guide the administration in building a budget," he said. "I get having aspirations, but budgets are about dollars and cents."

Here's a closer look at some of the transportation initiatives the Board of Commissioners says the county should pursue:

So about that eight-county transportation commission that would cross not just county lines, but state lines as well?

"The consumer would see a seamless way of getting across the region," Portune said. He pointed to new jobs about to hit the region, Northern Kentucky specifically. Amazon.com, for instance, is set to open a new facility in Hebron near the Greater Cincinnati/Northern Kentucky International Airport.

"Amazon will bring in more jobs than there are available, skilled workers in Northern Kentucky," he said. "We would have a system that runs across state lines, county borders, gets people to where the jobs are being created."

Monzel called the idea "very aspirational," and asked, "What is the possibility of making this happen?"

"It's never going to happen if we do not have the willingness of the county leadership who want to work together to make this happen," Portune said.

The policy agenda includes mention of bringing high-speed railroad transit to the region. It's another transit topic Portune hasn't shied away from for roughly two decades.

The Tri-State's rail service is quite limited: Only three Amtrak trains come through Union Terminal each week and they only stop overnight.

While advocates are working to increase frequency to daily service, the length of the trip -- even to Midwest destinations along the Cardinal Line like Indianapolis and Chicago -- keep many from taking the train. For instance, it's roughly a nine-hour trip to Chicago.

The 85-year-old bridge connecting Cincinnati's urban core with the West Side is one transportation priority with which Monzel agrees. Maintaining the county's roads and bridges should be the top priority, he said.

"The Western Hills Viaduct has to be at the top of our list," Monzel said. "That by itself is enough to keep us busy."

The viaduct has been a thorn in both the county and the city's sides for years. Cincinnati owns the bridge and the county maintains it.

IN DEPTH: How do we pay for aging Western Hills Viaduct?

But the wheels have started turning on the project. The Ohio Department of Transportation recently awarded the project with a $10 million for engineering design and the purchase of the right-of-way.

It's a no-brainer why the Brent Spence reared its face on the county's policy agenda. Even though the bridge technically belongs to Kentucky, the city of Cincinnati, Hamilton County and the state of Ohio have committed to working out a solution, whether it's through direct financial contribution or finding grant money.

The policy agenda doesn't really say anything specific about the bridge, other than it's on the commission's radar. If they're in line with the recommendations from ODOT, this would involve building a sister bridge alongside the existing bridge, along with lane expansion on both the north and south approaches.

The project would cost an estimated $2.6 billion.

Many state and local leaders, especially in Kentucky, say the federal government should foot most of the bill for the project, but so far that hasn't gotten much traction from Capitol Hill.

If roads had an IQ, Hamilton County's roads would probably score pretty low. That's why the board made "smart" roads a priority in its policy agenda.

"It's about using technology to make our roads allow for more efficient travel and maintenance," Portune said.

A smart road approach could be anything from using recycled materials during construction, paving with permeable materials to help water absorption and reduce flooding or electrically wired roads that could charge an electric car's battery while it waits at a red light.

Then, of course, there's potential to put WiFi on the roads.

Moving in this direction could boost the region's attractiveness to businesses and young professionals: "As we lead the nation in doing those things, that will bring in all the industry that will come with electric-powered vehicles, shipping and the manufacturing of the products.

This major artery is the primary connector between Interstates 71 and 75 along the riverfront, but about 20 years ago it became clear that it could no longer accommodate the number of vehicles it was carrying each day. It was also Ohio's most crash-prone mile of urban interstate highway.

Originally constructed in the 1950s, the freeway was revamped in the late 1990s as the preliminary stage of a vision of the riverfront that would eventually become The Banks.

Late in the redesign process, city engineers decided to fortify the structures to accommodate decking between the bridges that span over the freeway. The decks would eventually hold green spaces connecting what would become The Banks to Downtown.

Built alongside the new Fort Washington Way was the Riverfront Transit Center, which sits under the National Underground Railroad Freedom Center. Originally intended as an intermodal transit center, today it primarily serves as a parking lot, both for The Banks and stadium parking as well as school bus parking for Freedom Center field trips.

Portune emphasized that this is not a list of projects that are necessarily funded or approved by the Board of Commissioners.

"It's all about laying it out for the public to see and beginning the process of public education," he said.

For Monzel, though, the policy agenda -- being a list of recommendations for next year's budget -- the priorities need to be tighter, leaner.

"I like to think of it in terms of a 'say-do' ratio," he said. "If you're going to say something, you should do it. We're saying we're doing a lot, but how much will actually get done.

"We need to focus on core county services, what people are already paying their taxes for."

On this point, Portune doesn't totally disagree: "We can't do it to the exclusion of all the other things we have to do. It can't be done alone or in isolation."