For top Tri-State home-sale prices, look to the usual suspects

Stability is key on list; Indian Hill ranks No. 1 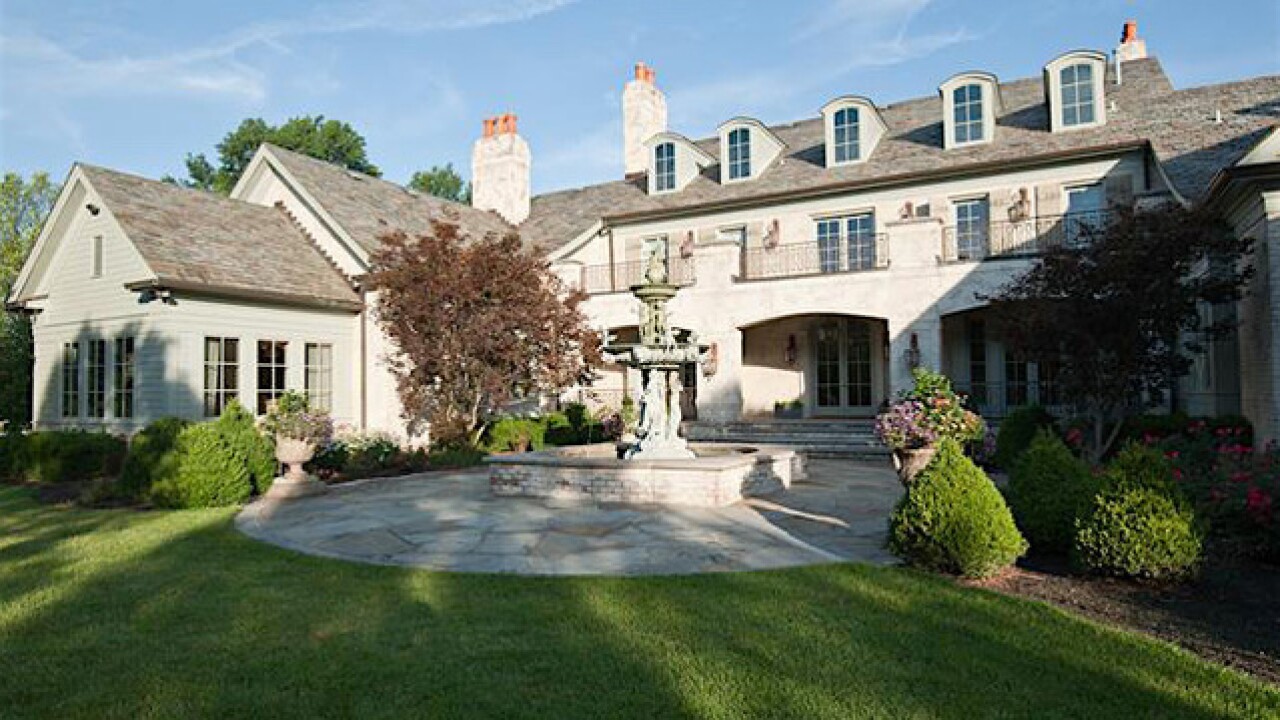 Copyright 2017 Scripps Media, Inc. All rights reserved. This material may not be published, broadcast, rewritten, or redistributed.
Sibcy Cline
<p>This 21,000-square-foot home on Camargo Road in Indian Hill is listed for $7,999,000. It is owned by Stan Chesley and Susan Dlott.</p>

CINCINNATI -- The Tri-State community at the top of our list of median, single-home sale price for 2016 is a runaway winner -- not unlike, some would argue, many of its 5,000 or so denizens.

Indian Hill, long an enclave for Greater Cincinnati executives, sports stars and other local glitterati, sets the standard at $900,000. Median means that half of the Indian Hill homes sold in 2016 cost more than that mark and half cost less.

The figure is 87 percent higher than the next spot on the list and nearly better than Nos. 2 and 3 -- Terrace Park and Montgomery -- combined. A University of Cincinnati sociology professor says history indicates Indian Hill’s reign and the list’s order itself would likely remain relatively constant.

Jeffrey Timberlake specializes, among other things, in community and urban sociology at UC. He says the book “Great American City: Chicago and the Enduring Neighborhood Effect” could be a guide to the future and likely the past for Cincinnati communities.

“What the author shows is that, if you rank order the neighborhoods in terms of wealth or poverty or prestige or pretty much any way you want to do it, you find that the rank ordering stays pretty similar over a very long period of time. We’re talking 30, 40, 50 years,” he said. “Neighborhoods really don’t radically change in terms of their housing prices or their poverty rates or their family incomes or any of those kinds of characteristics.”

It’s been that kind of stable over the last five years for Julie K. Back, a real estate agent for Sibcy Cline. She’s been the No. 1 seller of Indian Hill homes during that time. She grew up in Hyde Park and lives in Indian Hill.

“They say I control the marketplace, but that’s probably not true,” she said. About half of her sales are of Indian Hill homes. She said the Great Recession of 2008 and its aftermath also took a toll on Indian Hill.

“But this is the good news,” she said. “We used to be at about 180 active listings in the village. We’re down to approximately 75 active listings. If that number keeps dropping, it’s going to turn back into a seller’s market. Our Indian Hill market is ready to pop again on the high end.”

The highest on the high end at the moment for Back is home of former trial attorney Stan Chesley and U.S. District Court Judge Susan Dlott. It’s listed at $7,999,000.

What’s unique about Indian Hill is that no businesses, condominiums or multifamily dwellings are permitted. All home sites are on 1 acre, 3 acre or 5 acre lots. Talk to City Manager Dina Minneci, and she’ll list things like its own water supply, its own waste collection, its ownership of 3,000 acres of green space and a bridle trail as among the many features that make Indian Hill, well, Indian Hill.

“I believe the great thing about the Greater Cincinnati area is that all the cities, villages and townships have their own characteristics, specialties and amenities. Not one specific attribute, such as home values, defines them or isolates them,” said Minneci, who has been city manager for 4-1/2 years and was the administrator of Liberty Township for eight years. She added that it’s been a privilege to hold her latest job.

“I don’t see it as a challenge but as the honored responsibility to ensure that the expectations and amenities are maintained on a daily basis,” she said.

Timberlake was struck by the fact that only two areas on the list -- Hyde Park and Mount Lookout -- are within city limits. Because of their autonomy, he believes the other communities can set up zoning and other regulatory structures to foster higher residential values that perhaps the city of Cincinnati, with its governmental girth, could not.

“I guess I would speculate that part of why people like to live in some of these communities is they like the character of those communities and what they represent,” he said. “But it also wouldn’t surprise me if your average Cincinnatian thinks of Indian Hill as being a bit separate and snobby. One of the things that wealthy people do with their money is that they buy access to exclusive places. But that’s not unusual to Cincinnati.”

Neither is he surprised by the age-old divide between east and west playing out in the list, pointing again to the lasting nature of such distinctions. Wyoming, which comes in at No. 9 on the median home-price list, is the lone West Side community, though it did post a hefty 25 percent hike in its median sale price over 2015.

“It stands to reason that you wouldn’t have the same high housing values, which are again partly due to the housing that’s there and partly due to the demand for the housing there,” Timberlake said. “The west side has these very tight-knit communities where people have lived there for generations, so they really do exemplify the best parts of community. But on the other hand, the laws of supply and demand say that, if the demand for living there is a little bit lower than Hyde Park or something like that, then you expect the housing prices to reflect that.”

The Top 9 Tri-State communities ranked by median home-sale price in 2016.