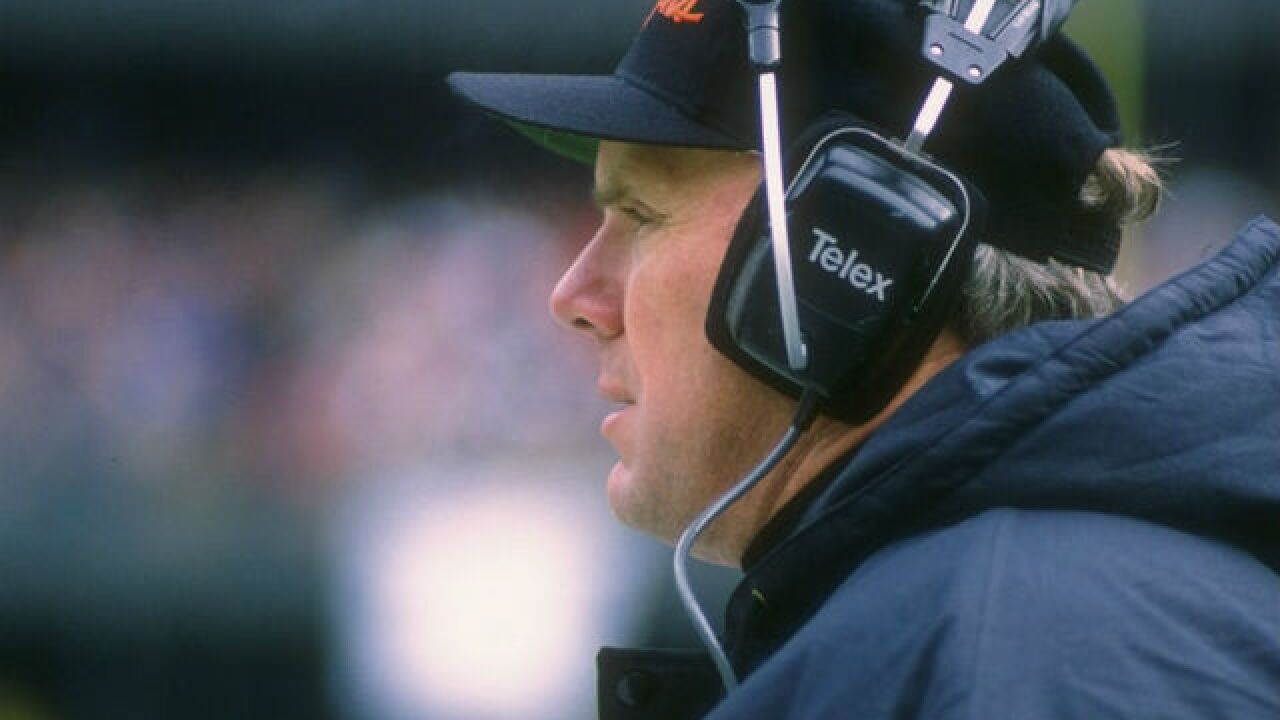 To commemorate the 50th year of the Bengals, we’re looking back at nine Epic Events that shaped the history of the franchise. Not Epic Moments -- although there are some of them on the list -- but events that had long-lasting effect.

One story will publish each day from now until the Bengals' season opener on Sept. 10.

OK, this one is silly. It didn’t change the course of the franchise is any way. But it is the perhaps the most unforgettable moment in franchise history.

The Bengals were losing to the Seattle Seahawks. Some fans were a tad disgruntled the way the game was going, enough so that they started throwing snowballs at Seahawks players.

It got to the point that the referees stopped the game.

Sam Wyche, the only Bengal coach you could imagine doing such a thing, grabbed the on-field mic and let the fans have it. It lasted all of nine seconds. He told fans to point out the snowball-throwers and they would be ejected.

But he closed with one thing that will live forever in Bengal lore: "You don’t live in Cleveland, you live in Cincinnati.”

Nine words. That’s all it took to tick off everyone in Ohio’s biggest city and make everyone in the smaller city on the southern border smile.

Wyche was the only one of the nine coaches in team history that would have the audacity to utter such a thing. Can you imagine Paul Brown, Forrest Gregg or Marvin Lewis doing that?

Wyche’s comment was a shot at the Browns' Dawg Pound fan section in Cleveland. Wyche said the fans in the Dawg Pound threw batteries and half-filler beer cans at his players during warmups.

But it was right up there with Lou Pinella’s toss of first base in legendary Cincinnati coach outbursts.

Wyche was easily the most colorful coach in Bengal history. The week after the “You don’t like in Cleveland” tirade, he decided to kick a last-minute field goal rather than run out the clock on Jerry Glanville’s Houston Oilers. The Bengals won the game 61-7.

He led the Bengals to the Super Bowl XXIII. He invented the no-huddle offense. But Wyche is best remembered for that time he grabbed the mic.

“That quote haunts me to this day,” Wyche told the Canton Repository in there 2016. “Every time I’m introduced, it’s usually with that.”

The rest of the countdown so far: