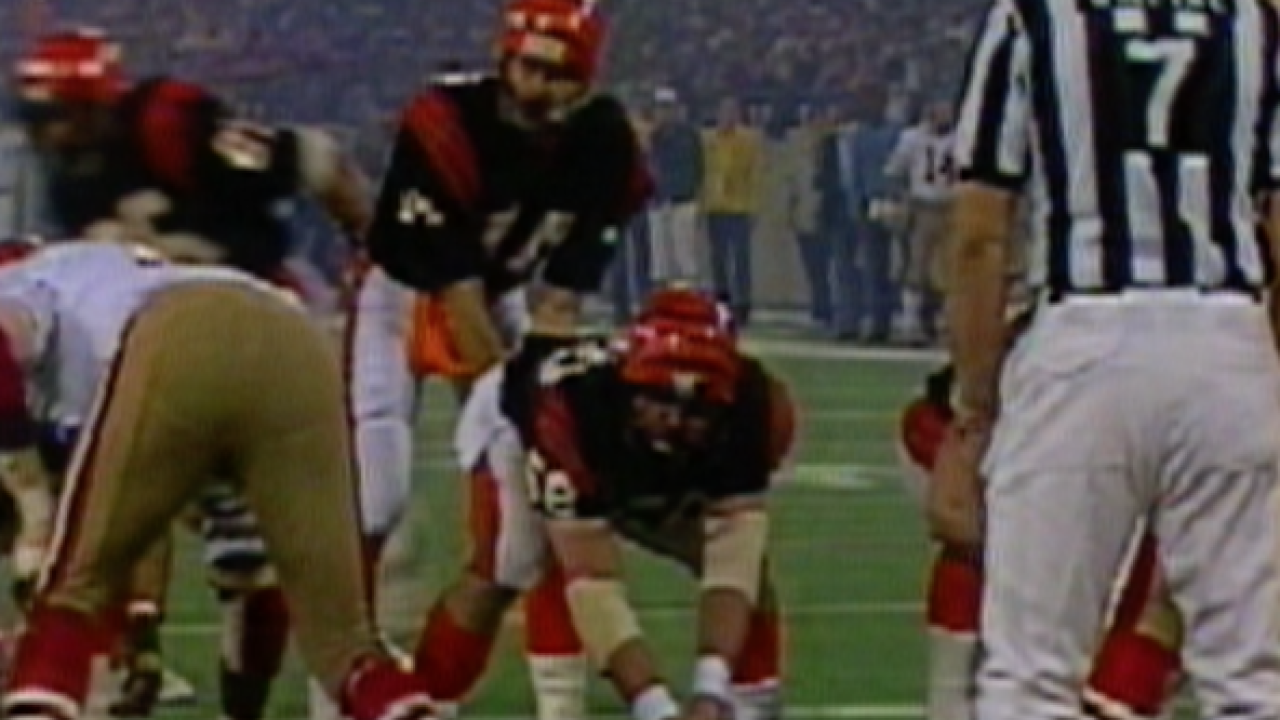 To commemorate the 50th year of the Bengals, we’re looking back at nine Epic Events that shaped the history of the franchise. Not Epic Moments -- although there are some of them on the list -- but events that had long-lasting effect.

One story will publish each day from now until the Bengals' season opener on Sept. 10.

This was one of the truly seminal years in team history. A lot of great things happened before the season ended in a 26-21 loss to the San Francisco 49ers on Jan. 24, 1982.

It was the first year the team wore the striped helmets that are now synonymous with the franchise.

Forrest Gregg was in his second year as head coach. Cris Collinsworth was a rookie. He became the first Bengal to make the cover of Sports Illustrated and the first Bengal receiver to record 1,000 receiving yards in a season. Anthony Munoz was in his second year and made the Pro Bowl for the first time. Ken Anderson had his finest year at quarterback, leading the NFL in passer rating at 98.4 en route to being named the league's Most Valuable Player. He threw 29 touchdowns and just 10 interceptions. It’s largely forgotten that in preseason he had to beat out Jack Thompson, the No. 1 draft pick in 1979, for the starting job in camp.

The Super Bowl had the subplot of the Bengals going against Bill Walsh, the coach they passed over when Paul Brown stepped down.

The Bengals got to the Super Bowl with a rout of San Diego in the Freezer Bowl.

The Super Bowl tickets had a face value of $40 that year.

The game was a letdown from the beginning for Bengal fans. It was in Detroit of all places and the traffic was horrendous. Then the Bengals fell behind San Francisco 20-0 by halftime.

The Bengals did mount a comeback in the second half. A 5-yard touchdown run by Anderson made it 20-7 with 11:25 left in the third quarter. The Bengals had a chance to get within six two drives later.

A Pete Johnson 2-yard run gave the Bengals a first-and-goal at the 3. What happened next is excruciating in Bengal lore.

Johnson ran twice for no gain.

Anderson threw to Charles Alexander for no gain.

The goal line stand turned out to be the difference in the game. The Bengals scored on a 4-yard pass to Dan Ross on the next drive. That made it 20-14 with less than five minutes in the fourth quarter.

But San Francisco scored on Ray Wersching field goals on the next two drives to salt it away.

All those marks have since been broken. Mostly what Bengal fans wonder is: Would it have been different if Alexander had gotten in?

The rest of the countdown so far: