Top 9: Here are the best places to warm up with a hearty helping of soup 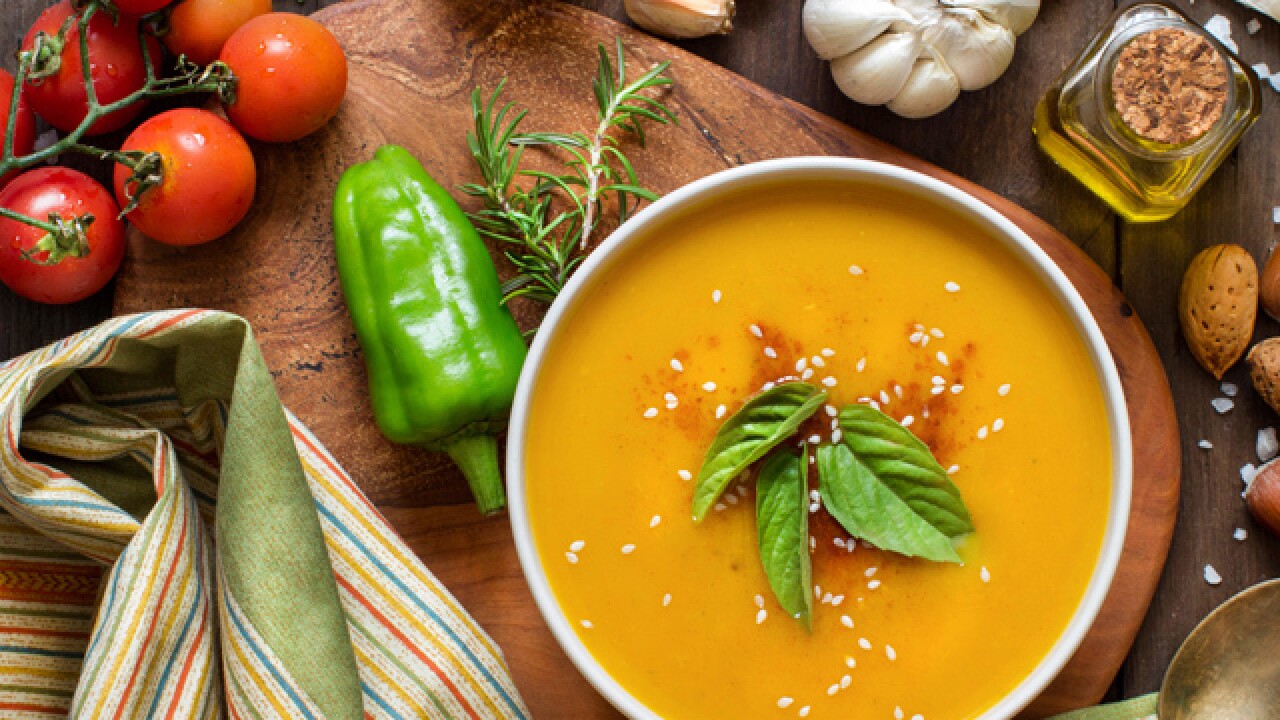 CINCINNATI -- It's downright bitter outside, and if you're like us, you're craving some warm, hearty fare. One popular craving, in particular, is soup. But where can you get great soup in Cincinnati?

Whether getting take-out or dining in, satisfy your desire for a hot cup of soup at these nine places all around town.

1. La Soupe
Suzy DeYoung is the queen of Cincinnati "soupe" -- yes, that's how she spells it. She's the fourth chef in her family, and La Soupe in Newtown serves two purposes. First, it provides tasty "soupe" and other dishes to paying customers. It also "reclaims" leftover produce and other items from local restaurants that donate to La Soupe's program to feed the hungry with soupe and other healthy foods. 4150 Round Bottom Road, Newtown.

2. Le's Pho
I am convinced that pho cures what ails you. If chicken soup is Jewish penicillin, this is the Vietnamese variant. Le's, a family-owned restaurant, serves bowls of fantastic pho: beef, chicken or you can make it dac biet-style, which has beef meatballs, sliced beef and brisket. It will warm you up on a cold day, especially with a squirt of sriracha and a few sliced jalapenos, added at the table. Lunch only. 3 E. Court St., Downtown.

3. Saundra's Kitchen
When you're feeling sick, or it's just too cold to go outside, have Saundra's Kitchen deliver to you. Its app-based delivery-only concept is all-inclusive: There's no delivery charge or tipping required. Pair a bowl of made-from-scratch soup, such as white chicken chili, black bean or butternut squash soup, with French or rye bread (or any of the other delicious dishes). Download the Saundra's Kitchen app on iTunes  or Google Play  or call in an order at 513-832-8728. 214 E. Sixth St., Downtown.

4.  Bakersfield
Sure, it isn't a soup, but Bakersfield's seasonal chorizo chili -- available only in the colder months -- will warm you right up. It's rich with chorizo and beans and topped with cheese and spicy jalapeno slices. Pro tip: Order a "baby guac" on the side (that's what they call it!) as a cool, refreshing contrast to the spicy, warm chili. No chips necessary! 1213 Vine St., Over-the-Rhine

5. Coffee Emporium
Coffee Emporium makes its own homemade soups, and they are the perfect accompaniment to a steaming cup of coffee or tea on the cold days of the year. The soups are both vegetarian- and omnivore-friendly, with offerings such as vegan split pea, spicy African peanut, chicken noodle and beef barley. 110 E. Central Parkway, Over-the-Rhine; 3316 Erie Ave., Hyde Park.

6. Jean-Robert's Table
What is more satisfying than French onion soup? I can't think of a better place to get it than the eponymous restaurant from French chef Jean-Robert de Cavel. If you don't want French onion, try the lunch tray, which features a different-yet-always-delicious soup each day. 713 Vine St., Downtown.

7. Laszlo's Iron Skillet (Withamsville)
Goulash is a hearty beef-and-tomato-based dish that falls somewhere between a soup and a stew. Laszlo's serves goulash in a kettle -- a bit larger than a bowl -- for a warm, comforting taste of Hungarian-style soup. 1020 Ohio Pike, Withamsville.

8. Thai Taste
Spicy, rich and a little sour, Tom Yum soup is a Thai soup that hits the spot on a cold day. Thai Taste's version is particularly good, with bright flavors, chunks of poached chicken and a good balance of sweet/salty/sour with rich coconut milk. It's good on its own or prior to a bowl of pad see ew. 5120 Crookshank Road, Westwood.

9. Mazunte
Pozole is a rich, satisfying Mexican soup made of pork and hominy. It's hard to find in Cincinnati, but if you're looking for comforting soup with a Mexican flair, the place to get it is Mazunte. It's great with the accompanying tostadas, or simply on its own. 5207 Madison Road, Madisonville.

Where do you get your favorite soup? Let us know!