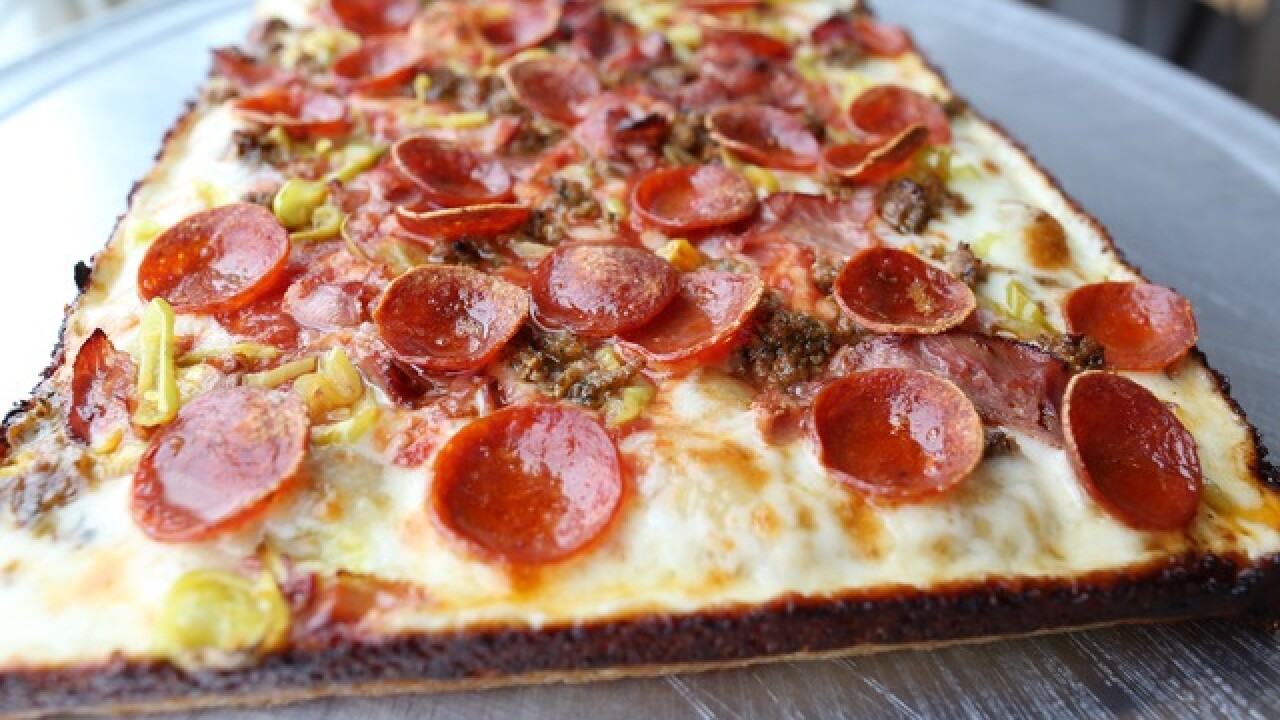 CINCINNATI -- Brothers Jared and Nick Wayne know their way around a pizza.

As the longtime owners of A Tavola (with locations in Over-the-Rhine and Madeira), the duo opened a snug little takeout parlor, Taglio , two years ago in Columbia Tusculum. Since then, the Waynes have been hard at work on both an expansion and a menu upgrade for Taglio, including the hyper-regional cult classic -- Detroit-style pizza.

"We took over the space next door, and we're adding a 30-seat bar and at least 40 more seats, bringing our total to about 96," said Nick Wayne. "We'll have plenty of craft cocktails and 12 additional taps, some of which will be collaborations with local breweries for house beers. So far, we've talked to Streetside and we're also meeting with 50 West. We'd like to keep it in the neighborhood."

They currently serve wine and beer by the bottle at Taglio.

I'm sitting in the restaurant on a quiet afternoon with the Waynes, as well as their Taglio collaborator (and director of operations for the A Tavola restaurants), Jake Goodwin, and corporate chef Lilly Burdsall. Chef Dan Messer prepared a few of Taglio's new pizzas for me to taste as construction workers hammered away on the other side of the wall.

In addition to the physical expansion, Taglio 2.0 also will be the first Cincinnati pizza parlor to serve Detroit-style pizza.

"The history is really cool. Detroit is known for the auto industry, and supposedly they started using these motor-part pans to make pizza in," Jared Wayne said. "It creates a really caramelized crust. I kept reading about it, we bought some pans and started playing around with it, and then we traveled to Detroit to try some of the pizza."

When the brothers Wayne traveled to Detroit for research, they made sure to hit the big three -- Buddy's Rendezvous, Loui's and Cloverleaf -- in an effort to understand the Detroit pizza tradition. According to Nick Wayne, not to mention Detroit pizza lore (via an in-depth article from Eater Detroit ), Buddy's Rendezvous is "ground zero."

"What's so cool is that it can all be traced back to one guy," said Nick Wayne.

Gus Guerra, owner of the 1930s speakeasy Buddy's Rendezvous, decided to expand the joint's hospitality ethos by adding food -- specifically his mother-in-law's Sicilian-style pizza -- in '46. The pies were a hit, and Guerra sold the business in '53.

Not one to rest on his laurels, Guerra quickly purchased a farmhouse bar called Cloverleaf. Although he chose to retain the name in the hopes of maintaining his Irish clientele, he also started serving his signature Sicilian slices to great acclaim.

A few decades later, a disgruntled Buddy's employee who had spent years honing his craft decided to go out on his own. French-born Louis Tourtois opened Loui's in '77 in Hazel Park. As mentioned, all three parlors trace their success directly to Guerra's mother-in-law's soft and airy Sicilian crust and the stripped-down toppings (at least by modern standards) that accompany it.

"The pizza should be super basic -- sauce, cheese and pepperoni. Detroit-style is about the crust. It's so unique that you don't need to mess with it," explained Jared Wayne. "A Tavola is our wood-fired, Neopolitan-style pizza. It's the real Italian expression -- the dough, the recipes, the proof, the temperature. When you go to Naples, where pizza was born, that's how it's made, and we are replicating it as close as we can. Taglio is our more American style."

Although both brothers claim that Detroit-style crust is best enjoyed with the basic pepperoni, red sauce and cheese trifecta, diners will be remiss if they don't sample it with the Spicy Italian or the Spinach and Ricotta options. All Taglio pizzas soon will have the option of Detroit-style crust.

Detroit-style pizza and the expanded bar seating will be available at Taglio in early April. The team plans to post updates on their Instagram account for an exact date.