Throwback Thursday: A lifelong friendship, a Steppenwolf album and a bulldog named Martha 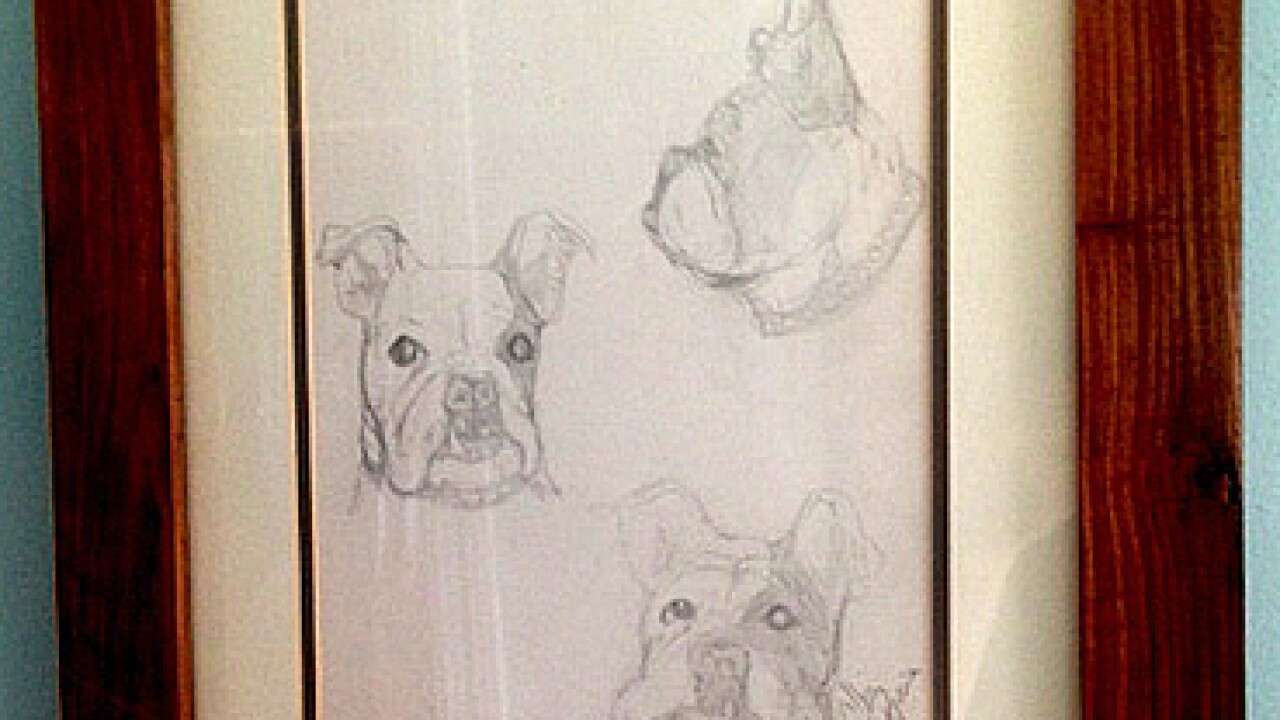 Picasa
<p>Howe built a frame for Payne's drawing of Martha and has had it in his office for years. Andy Howe/Provided</p> 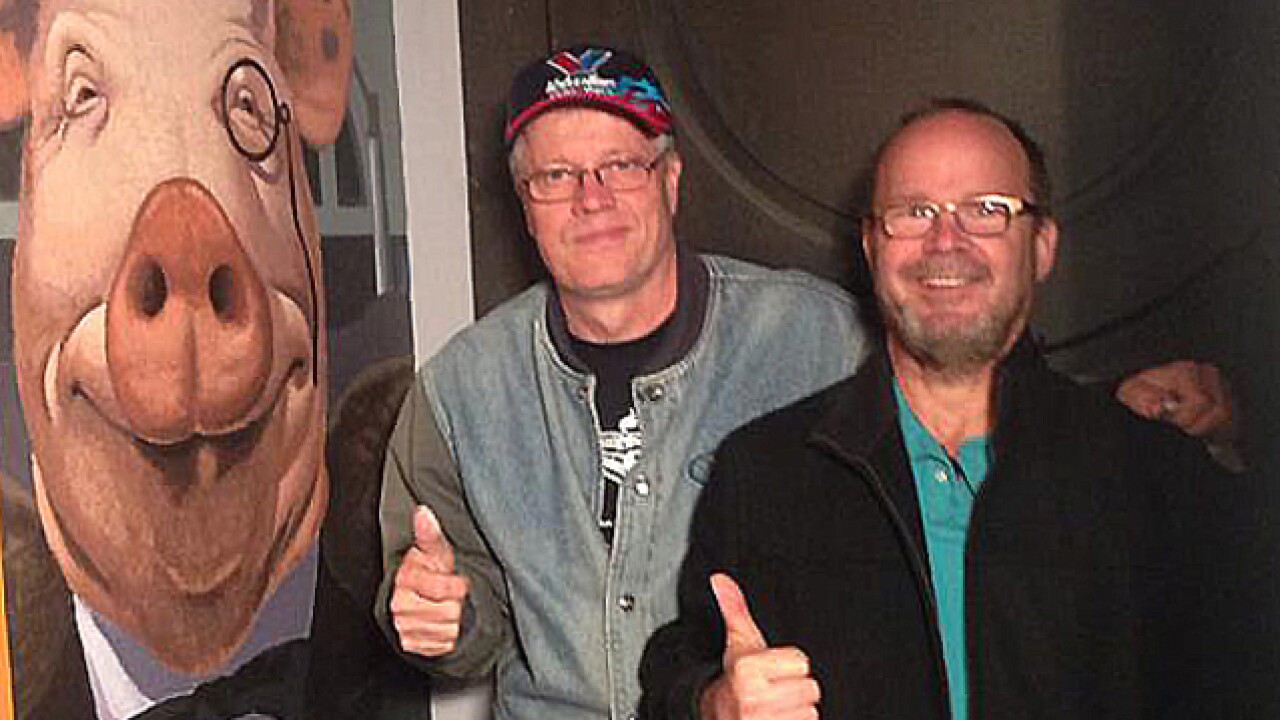 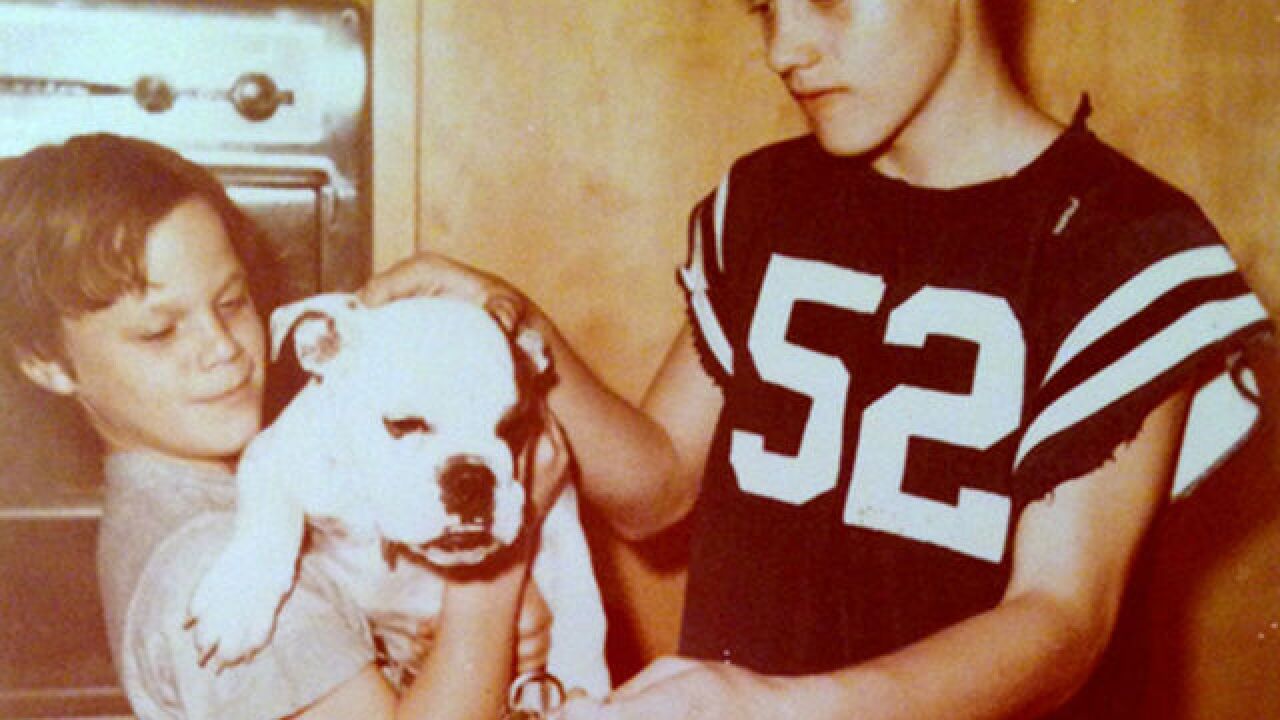 WYOMING — Who would have thought, looking at this 47-year-old photograph, that these two teenage boys from Wyoming, Ohio, would grow up to have wildly successful careers in such disparate fields  – yet remain close friends forever?

On the right is the better-known of the two, Chris Payne, who is a world-renowned illustrator known as C.F. Payne. His latest collaboration, "Miss Mary Reporting," by Sue Macy, came out this week, and his publishing credits include a portrait of Barack Obama on the cover of Time magazine and 80 drawings in the 2015 version of Mark Twain’s “Tom Sawyer.”

On the left is Andy Howe, a mercurial real estate developer (Cranewoods Development) and mogul who lives in Jacksonville, Fla., but keeps a condominium in Cincinnati because both his business and family ties here are so strong he needs a steady place to crash during his frequent visits.

And in his arms is Howe’s family dog, Martha, whose story and that of the bond between Payne and Howe are what this installment of Throwback Thursday is all about.

From seventh grade through graduation, I was a manager of the Wyoming High School football team. In that sophomore year, Andy also served as a manager of the team and got a new addition to his family, Martha the bulldog. Prowling the sidelines for that one season, Martha was our mascot for the team.

For the next two years, I continued to serve the team as a manager and did get to make the team as a field goal kicker. I did OK as the kicker. I never won or lost a game. I just did my job. Andy, however, went on to join the Wyoming High School wrestling team, where he set the school record for most wins in four years.

Martha had a good life, not as long as most dogs, but she was queen of the Howe castle.

Howe: I first met the Payne family in fifth or sixth grade when I gave Chris’ little sister, Katie, a Steppenwolf album for Christmas. (Chris just reminded me adamantly that it was the second Steppenwolf album. Who remembers that kind of stuff?)

Our family moved to California during seventh grade, when my Dad was transferred there for his final “hitch” after being in Vietnam as a doctor in the Air Force. When we came back to Wyoming, I think I tried about every school activity and sport there was, but I failed miserably at all but wrestling, and became friends with Chris during the football season.

We had great times in his racy Corvair, picking up and watching football game films that were shot by Gene “Mr. Wyoming” Pitman, driving on the cinder track and in general just goofing around.

Our English bulldog, Martha, became fairly legendary; she was introduced on the field during the football team’s Senior Night. And at the year-end football banquet my mother sent a note to the football coach, Bob Lewis, that read: “Martha sends her regrets, but she will not be able to attend the banquet as she is recovering from a hysterectomy” (she had just been “fixed”).

Bob Lewis and Gene Pitman are legends at Wyoming High. The football field is now Bob Lewis Stadium, and the Hilltop ball field is Gene Pitman Field. Before his death recently, Mr. Pitman liked to tease me about my Mohawk haircut during wrestling season and smashing a second place trophy at the UC Invitational.

The sketches of Martha that Chris did for me in eighth grade hang on my office wall in the original wood shop frame that I made with a football and an “M” at the top.

Chris has had his artistic talent his entire life. He remembers drawing an Eskimo in second grade and getting the nose “just right" while the rest of us were drawing people as single circles with stick arms and legs.

Our families have been somewhat intertwined: His older brother, Bo, ratted me out to the cops for driving my go-cart on what is now Gene Pitman Field (much to Bo's delight), and Chris' cousin, Danny, was my father’s classmate at Wyoming. They remain best friends to this day. We were lucky to have grown up in Wyoming at that time, and we continue to have lifelong family friends.