'It's the system that's broken' 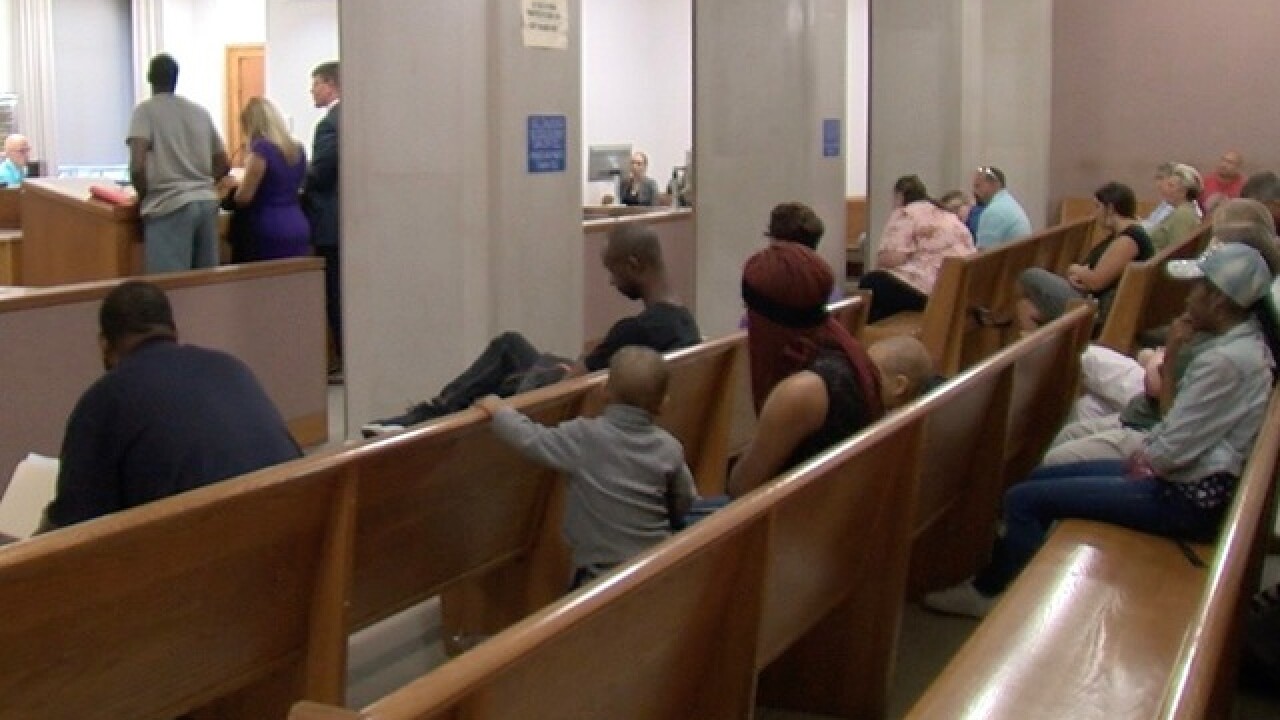 Copyright 2018 Scripps Media, Inc. All rights reserved. This material may not be published, broadcast, rewritten, or redistributed.
Lot Tan | WCPO
<p>A woman and two little boys were among the people waiting in room 121 for Hamilton County eviction hearings on a recent morning.</p>

CINCINNATI -- A small number of landlords have filed a large portion of Hamilton County's evictions over the past four years.

That's according to a new study conducted as part of The Cincinnati Project at the University of Cincinnati. WCPO first reported Thursday on its findings about the prevalence and impact of evictions throughout the county.

RELATED: Is it as simple as ‘pay the rent?'

More than 1,000 landlords filed evictions during that time. But half of those had fewer than 10 evictions per year while 10 landlords accounted for nearly 20 percent of all filings.

The Cincinnati Metropolitan Housing Authority had more than twice as many eviction filings during those four years than any other landlord, accounting for more than 5 percent of all filings, according to the study.

In 2017 alone, the study found that CMHA filed 918 evictions, which amounted to one of every six of its tenants getting a formal notice to vacate their apartments.

In a written response to WCPO's questions about those findings, CMHA CEO Gregory Johnson said he couldn't make any "detailed assumptions" regarding the study. He noted that the housing authority operates more than 5,000 units of housing in Hamilton County.

"Most of the residents in those units pay their required rent consistently and fully," he wrote. "For any residents who do not abide the terms of their leases, we work with them to be fair and consistent to solve their issues, if at all possible. We have an appeals process that allows tenants to provide their side and/or viewpoint regarding each specific situation. We have found that working with our residents is the best way to resolve issues. Simply put, CMHA views eviction as the last possible option."

All the landlords that talked with WCPO echoed that sentiment.

The 10 landlords that filed the most evictions in Hamilton County are among the county's biggest apartment owners and operators. Here is the study's list in order with the name of each landlord and their number of eviction filings from 2014 through 2017:

Cohen said it shouldn't be surprising that the region's largest apartment operators are on the study's list. His company manages more than 50 buildings in Greater Cincinnati and has no problems with gang activity, crime or drugs, he said.

"What we want to do is provide a clean, safe apartment and have people pay the rent in return for that," he said.

"I think it's just sheer volume," she said. "We have a consistent policy."

The Philadelphia-based company that owns the Williamsburg of Cincinnati Apartment Homes property has 976 apartments here, said Jenna Strobl, senior marketing manager for US Residential Group, which manages the property. Strobl said that explains its number of eviction filings, adding that the company always follows its policies and state law when it has to file for eviction.

John Schrider said he thinks landlords should view the study's findings as an opportunity to examine their own practices and to support recommendations aimed at reducing the number of evictions in Hamilton County.

"Nobody wins," said Schrider, director of the Legal Aid Society of Southwest Ohio. "Everybody loses when there are lots of evictions."

That's because evictions don't just devastate the lives of tenants. They also are expensive for landlords.

Her organization is a nonprofit that operates affordable housing in Over-the-Rhine. It uses what Rivers called "blended management," with a professional property management staff in addition to a team of licensed social workers.

If tenants start to fall behind on rent, the social workers and property managers try to work with the tenants to figure out how to resolve the problem and help them get caught up.

"Our mission is to provide housing for folks so we don't want people to be evicted," she said. "Occasionally we do need to evict people. But even then we try to work something out so they don't have an eviction on their record."

Rivers acknowledged that her nonprofit's business model is different from private, for-profit companies. Over-the-Rhine Community Housing raises extra money to pay its social workers, for example, and to fill the gap between what people can afford to pay for rent and what it costs to operate quality, affordable housing.

"The challenge of affordable housing, period, is that people can't afford to pay what it costs to operate a unit responsibly," she said.

The big problem, she said, is that the U.S. doesn't have enough affordable housing for all the people that need it.

"It's the system that's broken," she said.

You can read the full UC report, entitled "You are being asked to leave the premises: A Study of Eviction in Cincinnati and Hamilton County, Ohio, 2014-2017," below: