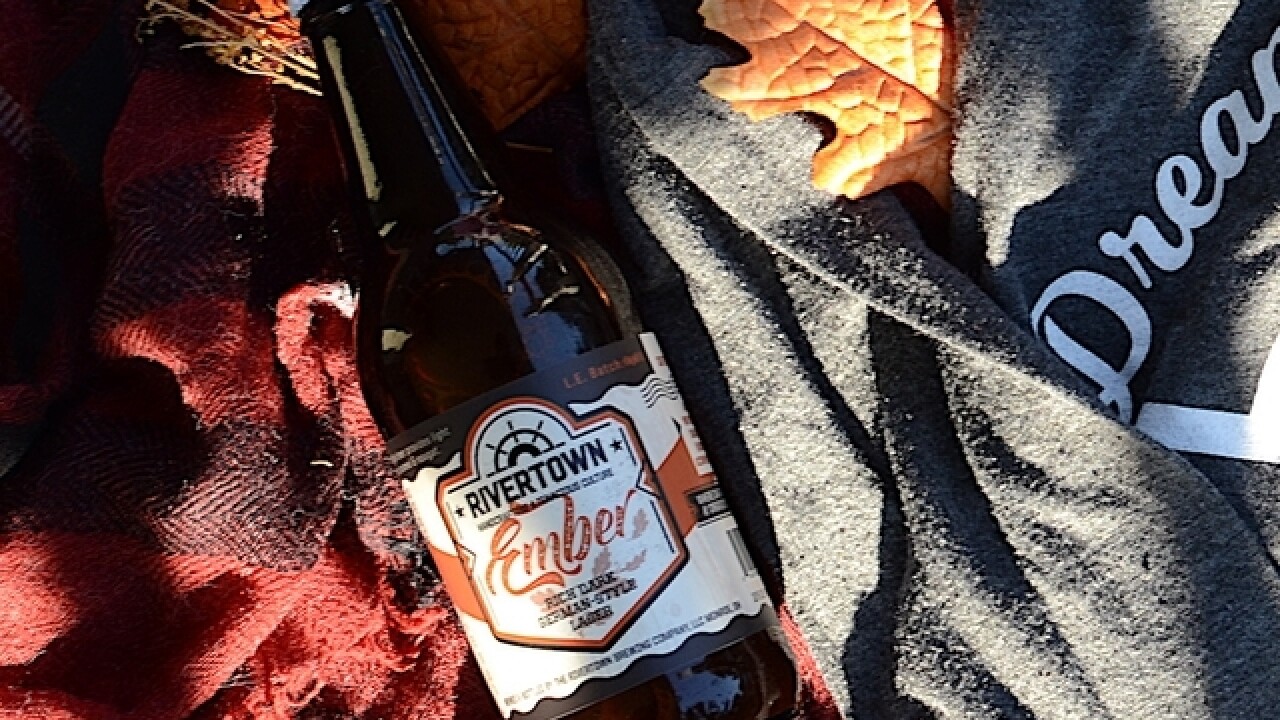 CINCINNATI – Knock on wood and cross your fingers. It appears fall has finally arrived in the Queen City.

So, too, have seasonal beers from local craft breweries. Many are perennial favorites. And though a few pumpkin-spiced beers made this list of fall beers to try, two breweries are taking seasonal brews in new directions.

Here are nine local fall beers perfect for drinking around the bonfire.

The Oakley brewery created Pilgrim,a fall pale ale, a few years ago. The beer – made with cranberry, vanilla and Pilgrim hops – replaces the Great PumpCan as the brewery’s flagship fall beer. Pilgrim is a slightly hoppy beer that pairs well with Busken’s Pilgrim Cranberry Mountain cookie that MadTree collaborated with to create.

MadTree and Busken are donating proceeds from the sales of their collaborative effort to area nonprofit La Soupe.

Mike Stuart, MadTree’s director of people and social strategy, said the brewery decided on the change because “pumpkin beers have struggled to sell over the past few years.” Pilgrim is available at multiple locations.

Ember is a dark German-style lager with light hints of toffee, caramel and nougat.

Lindsey Roeper, dream facilitator at Rivertown, said feedback on Ember, through sales and word of mouth, has been positive.

“We decided to not brew pumpkin this year as the customers have shown via sales over the last three years that they’re ready for something new,” she said.

For the third fall season, Oktober Fuel remains Braxton’s go-to fall beer. Fuel is a solid Oktoberfest-style lager made with German malts, decoction mashing and noble hops. You can find Oktober Fuel in most Northern Kentucky Kroger stores and on draft in Braxton’s Covington taproom.

For the adventurous, a trip to Braxton Labs in Newport might be in order. For a limited time, the brewery’s secondary taproom has released a Sweet Potato Casserole beer.

The imperial brown ale, which is made with molasses and 115 pounds of roasted sweet potatoes, is served with a marshmallow in the taproom. Who is ready for Thanksgiving?

While MadTree and Rivertown backed away from pumpkin-spiced beers, East Walnut Hill’s Woodburn Brewery doubled down this fall. The brewery’s Harvest Ale is made with pumpkin pie spices blended with more than 100 pounds of pumpkin per batch. Basically, if you crave all things pumpkin with the first turning of the leaves, this beer is for you. It’s available in the brewery’s taproom.

Hugh is Rhinegeist’s fall beer distributed in cans throughout the Queen City.

Hugh is a Bavarian-style Hefeweizen that “serves light notes of clove and banana atop a creamy, yet dry wheat character.” Not too heavy, Hugh offers a smooth transition into the cooler temperatures of fall.

It's available in both Fifty West’s Production Works and gastropub across the street at 7605 Wooster Pike in Columbia Township.

The College Hill brewery released its fall beer a little later than the rest, but that's OK. Brinktoberfest is made with Vienna, Pilsner and Munich malts, along with a mild dose of German hops. The beer is available only in Brink’s taproom, located at 5905 Hamilton Ave.