Noodles to barbecue to fine wines 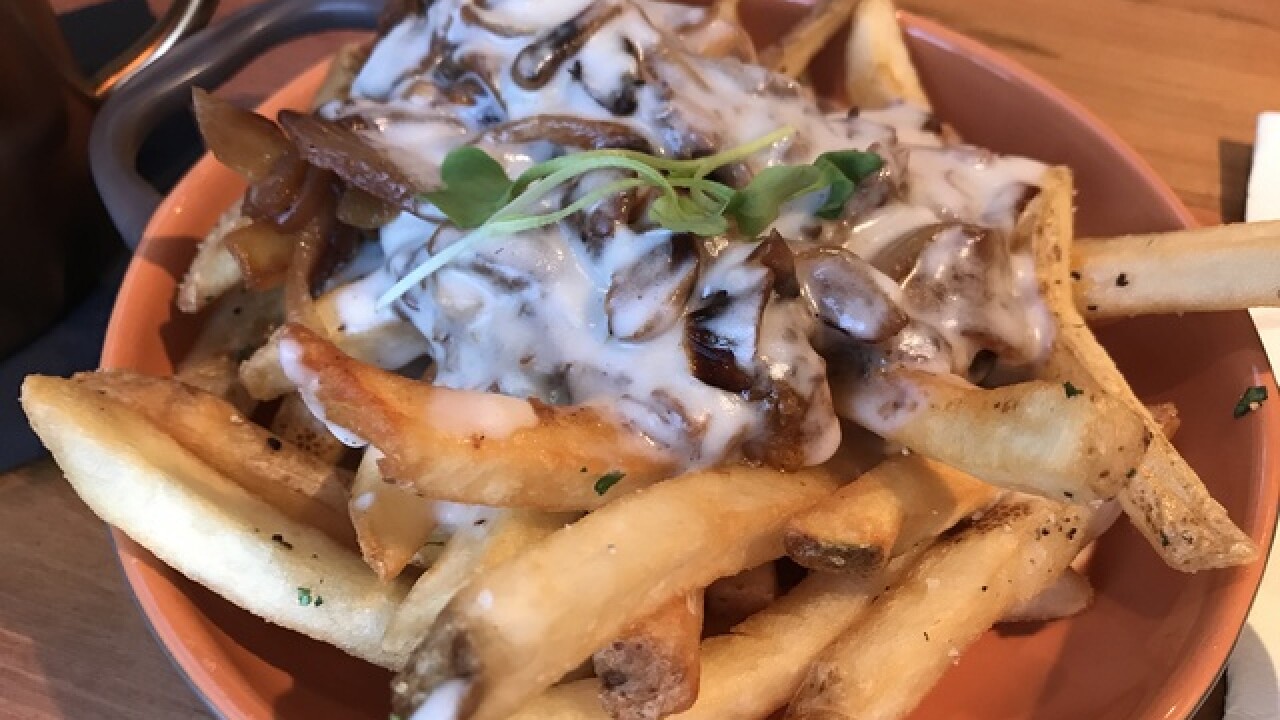 Downtown Cincinnati and Over-the-Rhine get a lot of restaurant love. There are a lot of great eateries in a very concentrated area.

But don't feel left out, suburbs. We haven't forgotten about you.

Here are several hidden gems in Greater Cincinnati that serve delicious food that can hold up to any swank, hip restaurant in the urban core.

Indian Spice Train is a not-so-secret restaurant where not-so-traditional Indian cuisine is served. This is an upscale Indian eatery with a variety of familiar dishes and new favorites. Try the Kolkani, a Goan curry that's a little spicier than you might be used to; the crispy pappadi chat, crisp dough covered in onions, peppers and tomatoes; or for a quick lunch, try one of a variety of rolls: lamb, chicken or spinach and paneer (an Indian cheese).

This farm-to-table restaurant is quickly making a name for itself. With its extensive patio, multiple dining rooms and menu from former Rookwood chef James Gadd, it's becoming a worthwhile destination even if you're not in the neighborhood. Try the foie PB&G, with carriage house honey and strawberry marmalade on 16 Bricks bread, the short-rib fries or crab cakes.

The CUF area has its share of Chinese restaurants, but none is quite as intriguing as Fortune Noodle House. On the corner of Clifton Avenue and Calhoun Street, this unassuming restaurant, housed in a former pizza place, serves fresh-made Chinese noodles, spicy Sichuan cuisine and dishes that go well beyond General Tso's chicken. (However, it offers that, too, and it's delicious.) Try pan-fried pork noodles, garlic green beans or salt-and-pepper calamari. If you're feeling more adventurous, there is pork tripe, pig ears with spices or sauteed kidney.

Katharina's is as close to a German cafe experience as you can get. Whether you're looking for a traditional European breakfast of meats, cheeses and breads, a French-style baguette with ham and cheese, mettwurst, pork jaegerschnitzel or a bevy of European-style pastries, cakes and cookies, Katharina's is almost like crossing the pond, without the passport or airport hassle. Its residential location adds to its ambiance: Squint a bit, and you'll feel like you're in Munich.

Find one of the best beer selections in Northern Kentucky at Hebron Brew Haus, which focuses on locally brewed favorites and great food to go with them. Its tap list changes weekly (check the website to see what's available) and the food menu includes an extensive burger and pizza list. It's the perfect place to grab a Big Kahuna burger with pineapple, barbecue sauce and fried onions after work, or split a chicken bacon ranch pizza with friends while watching a game or just socializing.

You'd never guess that some of the best Thai food in Greater Cincinnati would be in Eastgate, but Ban Thai is a favorite of chefs from across the region. This small, unassuming restaurant has been open since 1990 in a strip mall off Eastgate Boulevard, serving lunch to area workers and others who've heard about its great Thai cuisine. The menu includes favorites done very well: Thai noodle dishes such as pad thai or pad see ew; curries; and bento boxes featuring sushi or chicken teriyaki, served with soup, salad, a spring roll, crab rangoon and pad Thai or fried rice for $17.95. (A smaller lunch version is available for $10.95.) It's not just delicious, it's a great value.

David Lazarus' Water Tower Fine Wines sits in the shadow of the Mount Washington Water Tower, but you'll find a variety of wines that any Downtown restaurant would be proud to carry. From 300 sparkling wines to an assortment of other varietals from around the world, owners David Lazarus and wife Jan, Water Tower's chef, pair wines with bites from their on-site kitchen. Go in for a tasting, and leave with bottles to take home.

The best barbecue comes from unexpected places. Head to Milford and look for a parking lot on State Route 131, where you'll find a mobile barbecue trailer run by Josh and Nicole House. There, you can get meat (smoked on the bone) and a variety of sides, including the namesake pickles! Barbecue choices include smoked pork, chicken and brisket. Sides change daily but include elevated favorites Tillamook cheddar mac and cheese, bourbon sweet potatoes, kale and broccoli salad, and macaroni salad with smoked pickles and onions. Pickles and Bones also offers catering and meat by the pound. It's open Tuesday-Saturday from 11 a.m. until it sells out (or 7 p.m., whichever comes first).

Urban Grill is a food truck that's gone brick-and-mortar, setting up shop in Newtown. It serves what it calls "Cincinnati-style food," with dishes such as a pork rind appetizer, pulled pork, smoked gouda grits with shrimp and heirloom tomato gravy, and its famous grilled mac and cheese sandwiches, including barbecue chicken, Buffalo chicken and the "urban mac" with bacon. There's also an array of burgers and a list of daily features, including a few sweet bites to finish your meal.