These 9 cool neighborhood blocks offer a wealth of specialty beers, foods and entertainment 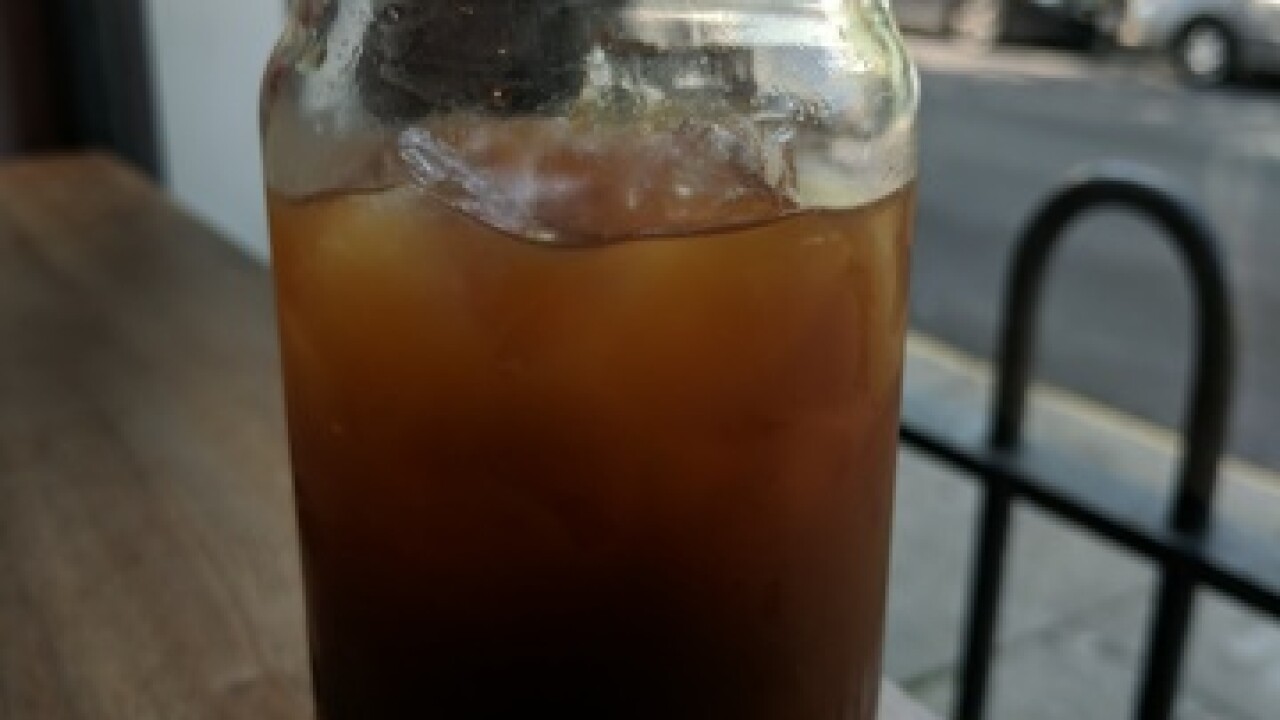 Copyright 2017 Scripps Media, Inc. All rights reserved. This material may not be published, broadcast, rewritten, or redistributed.
Garin Pirnia | WCPO contributor
<p>Collective Espresso has two shops on two cool blocks: one in Northside and one on Main Street in OTR.</p> 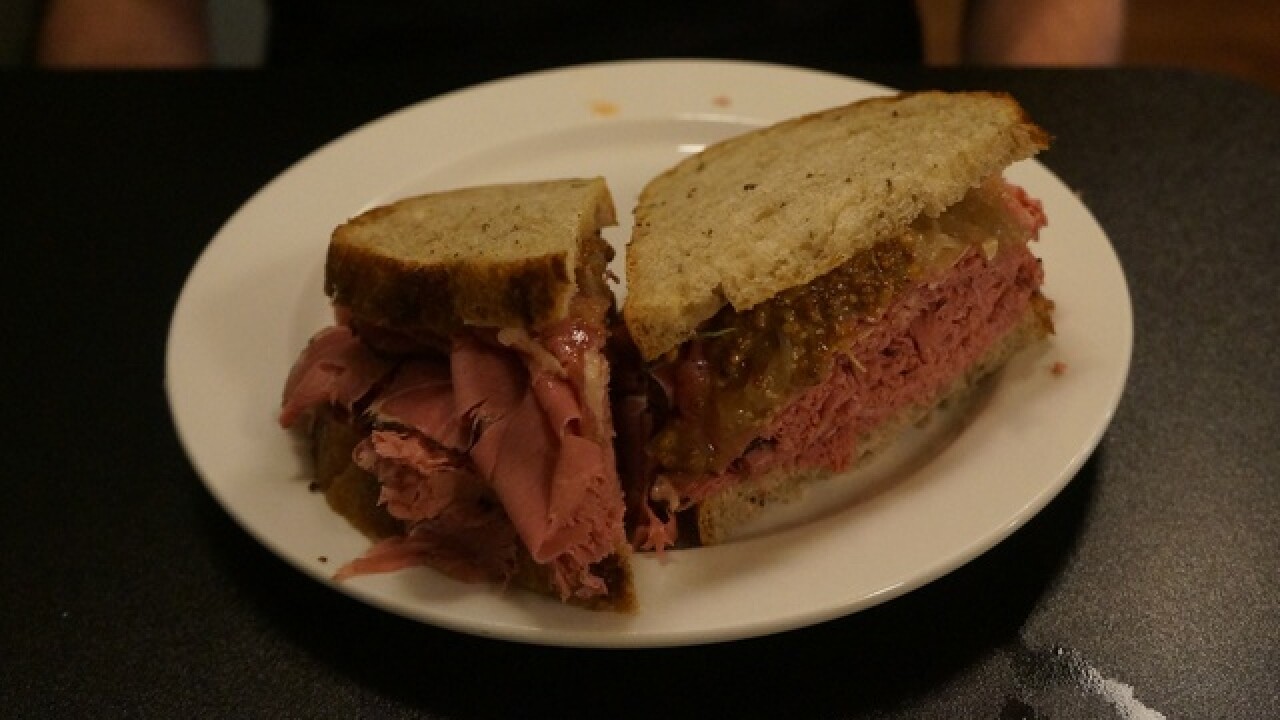 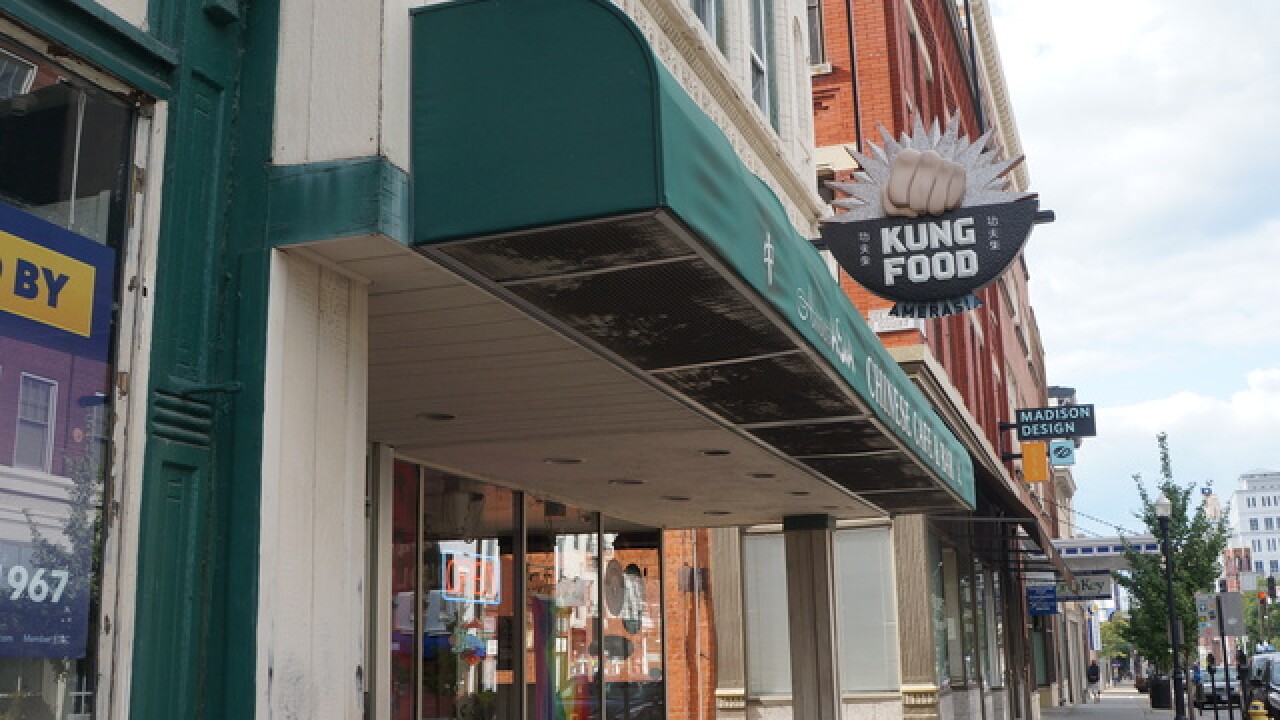 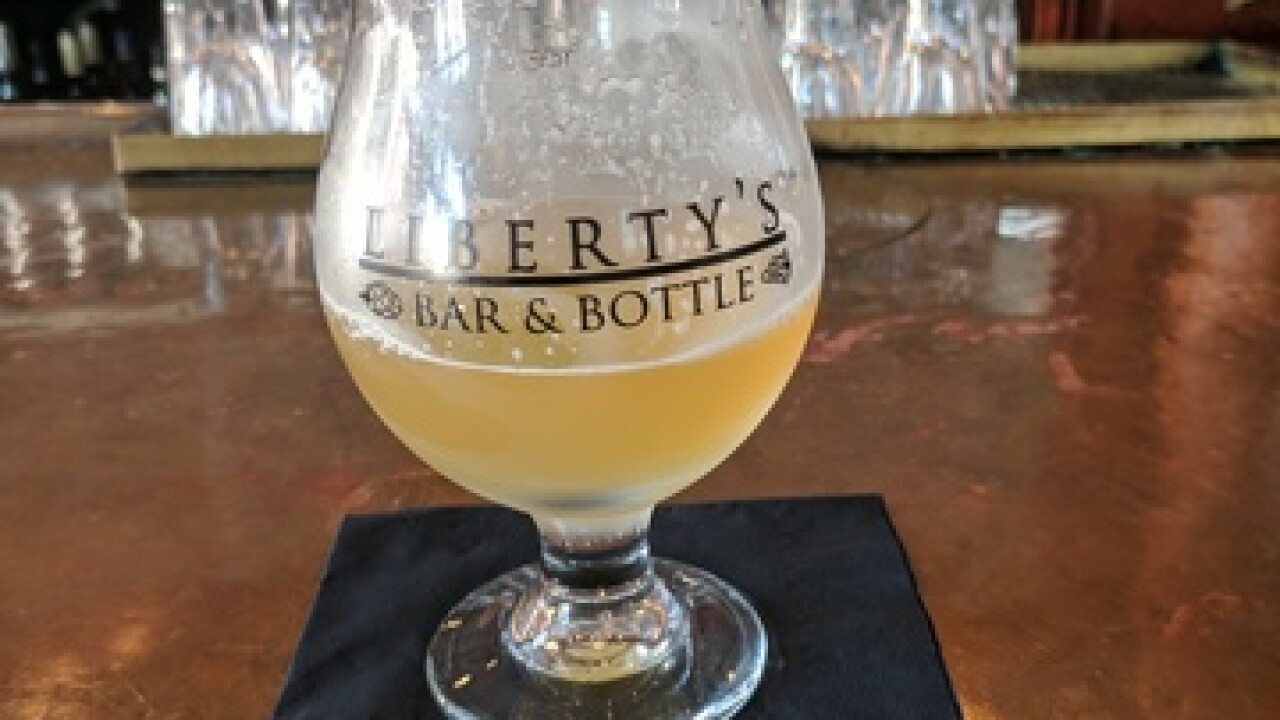 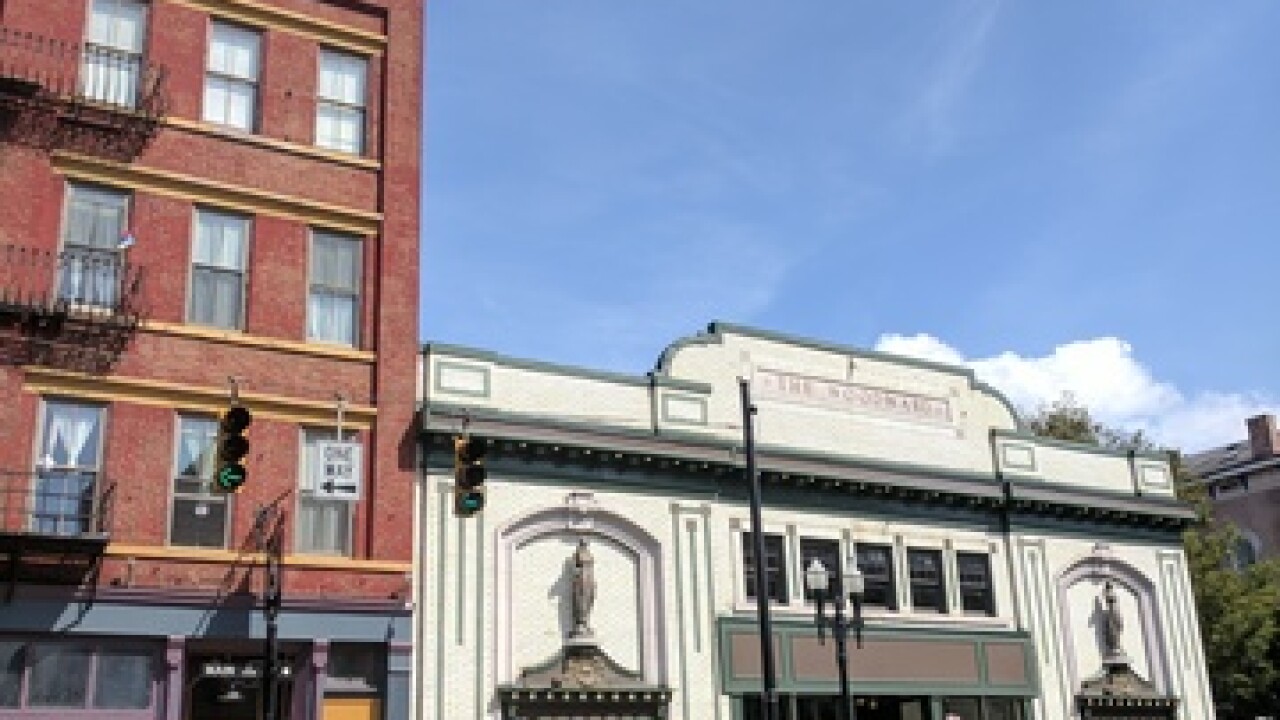 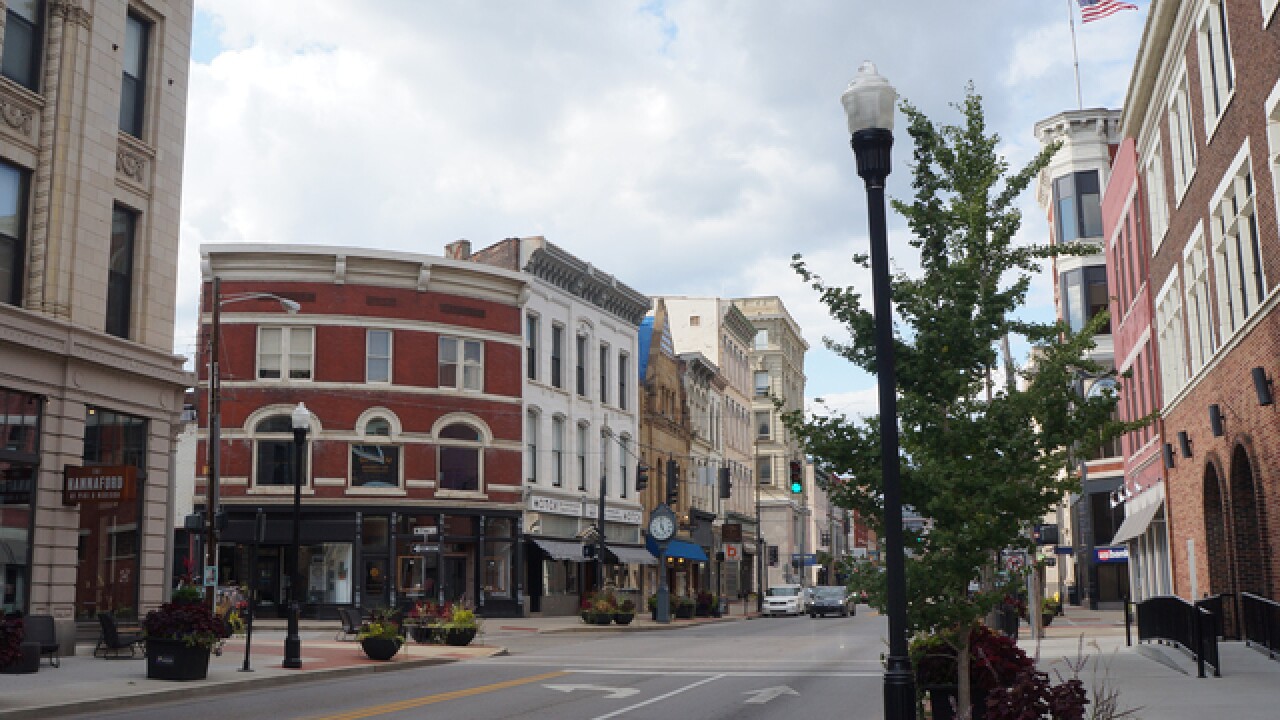 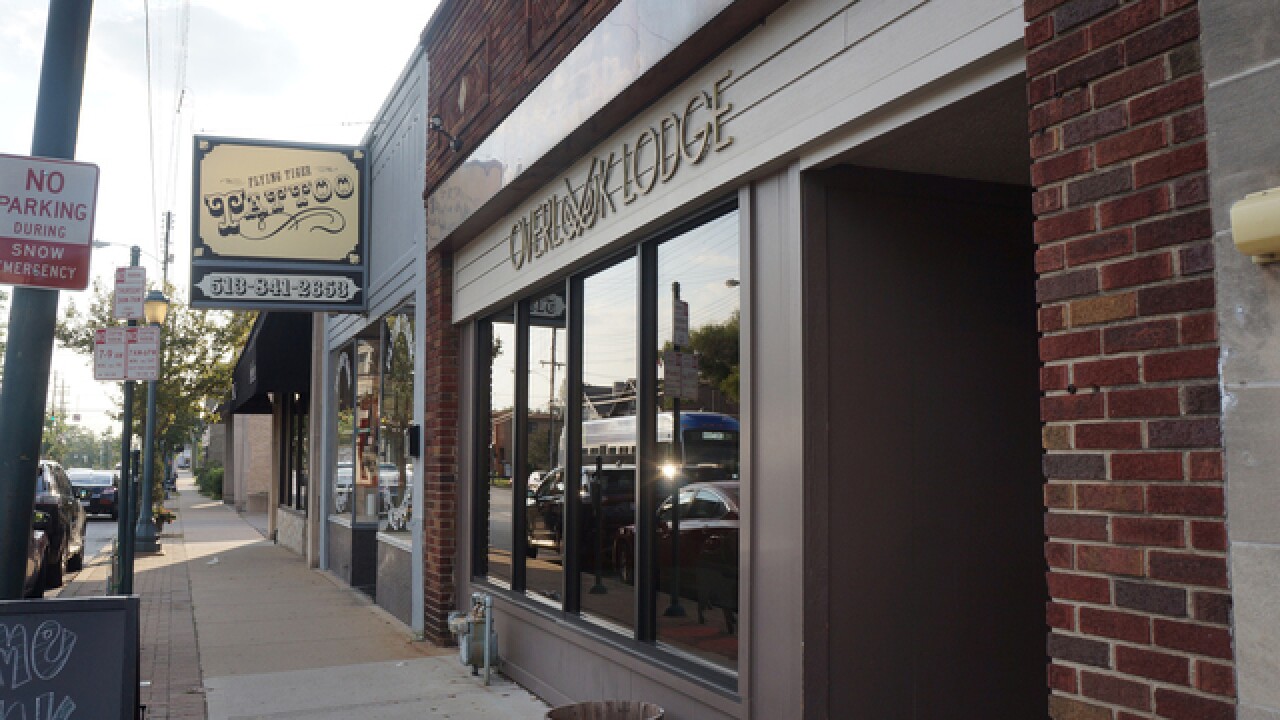 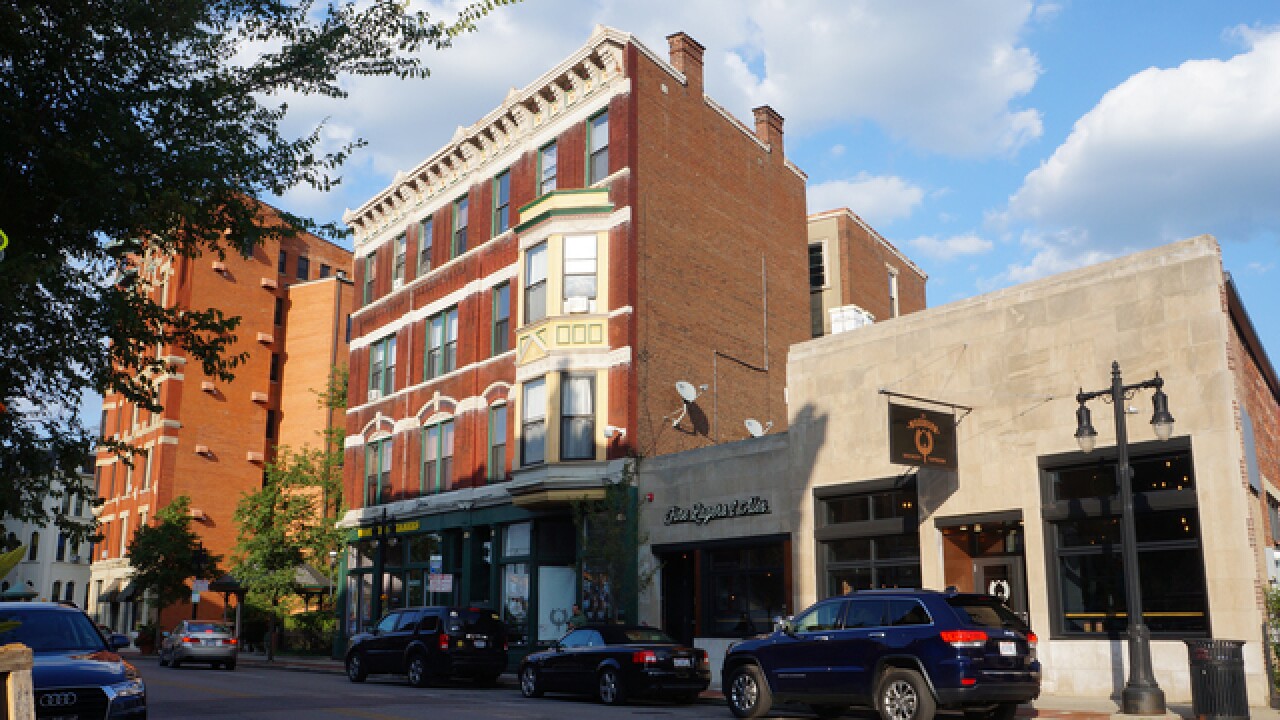 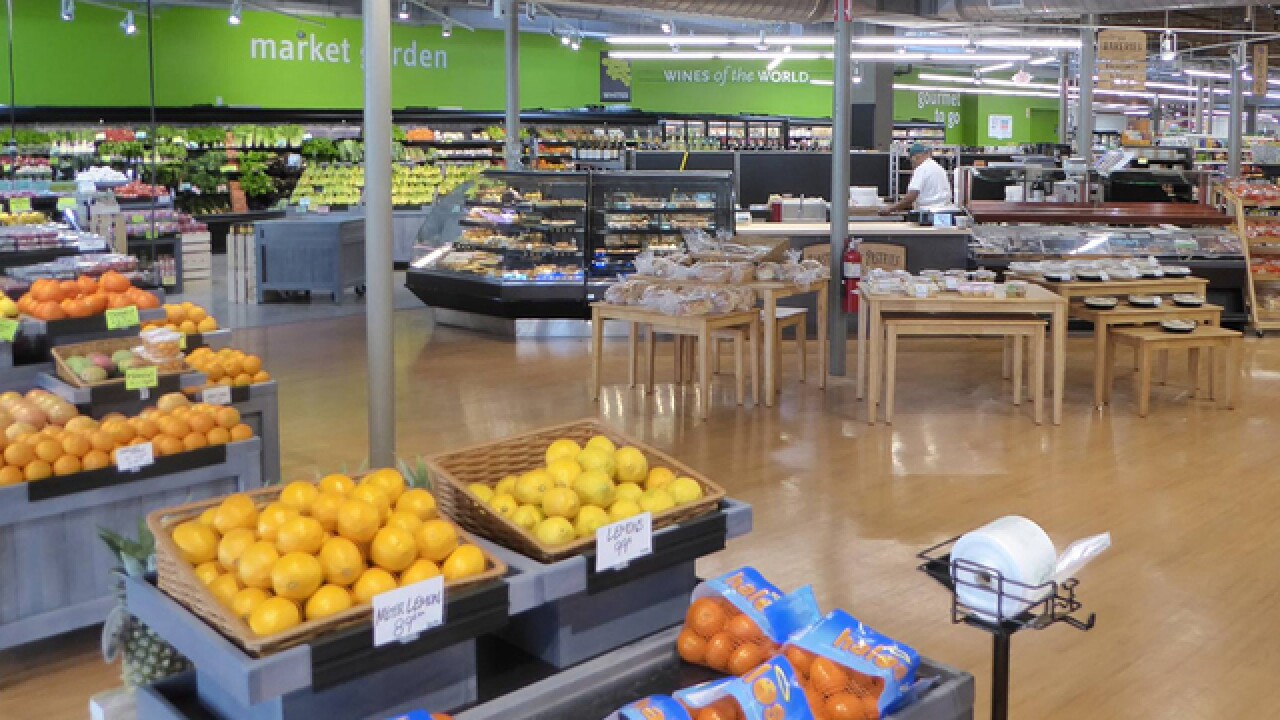 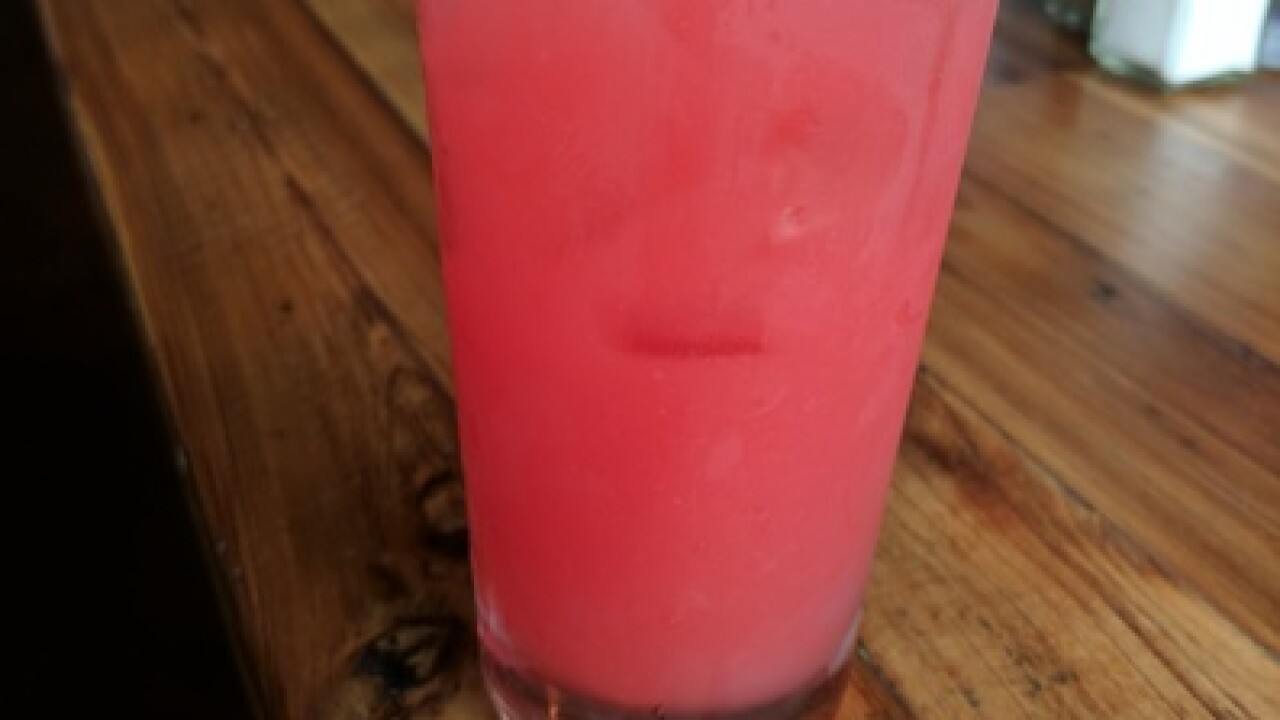 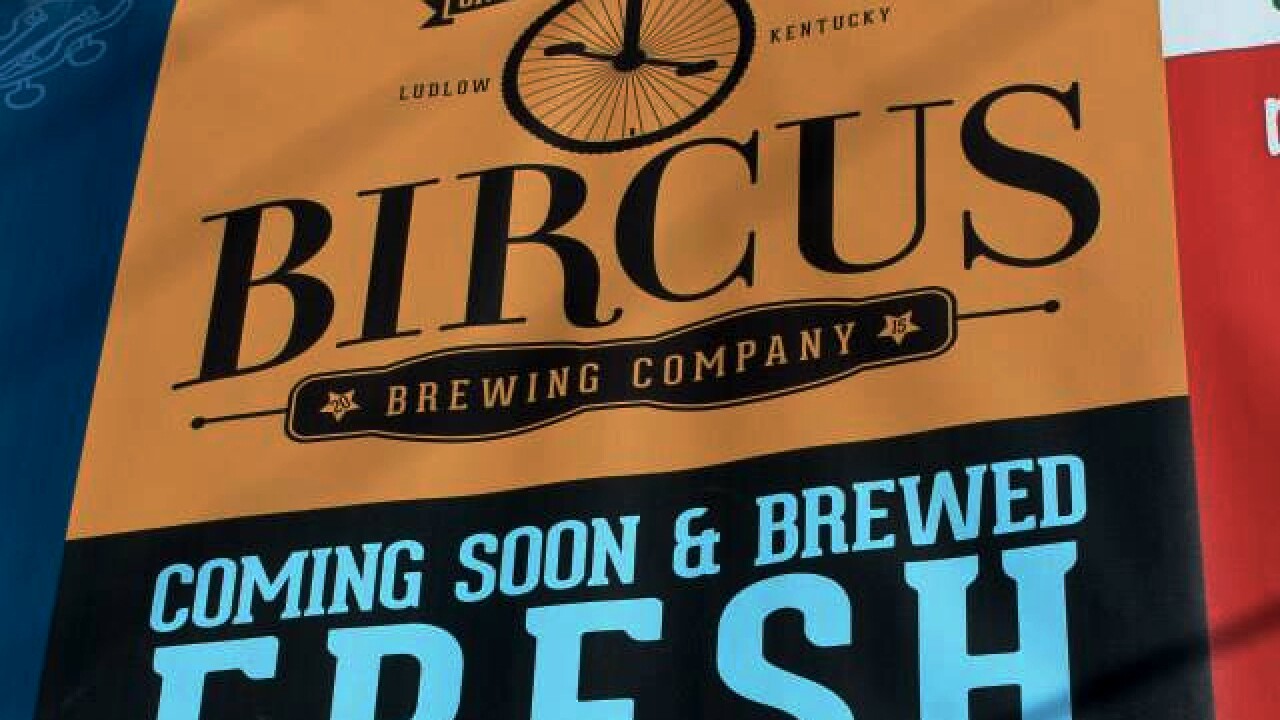 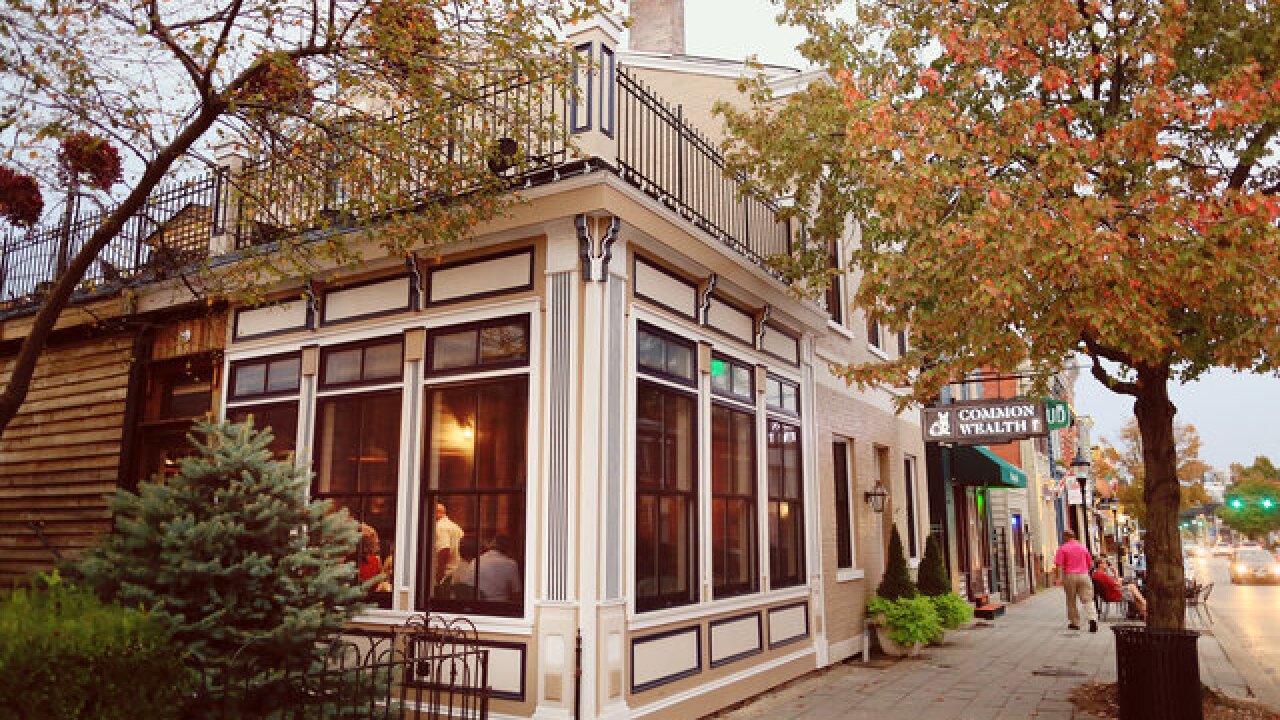 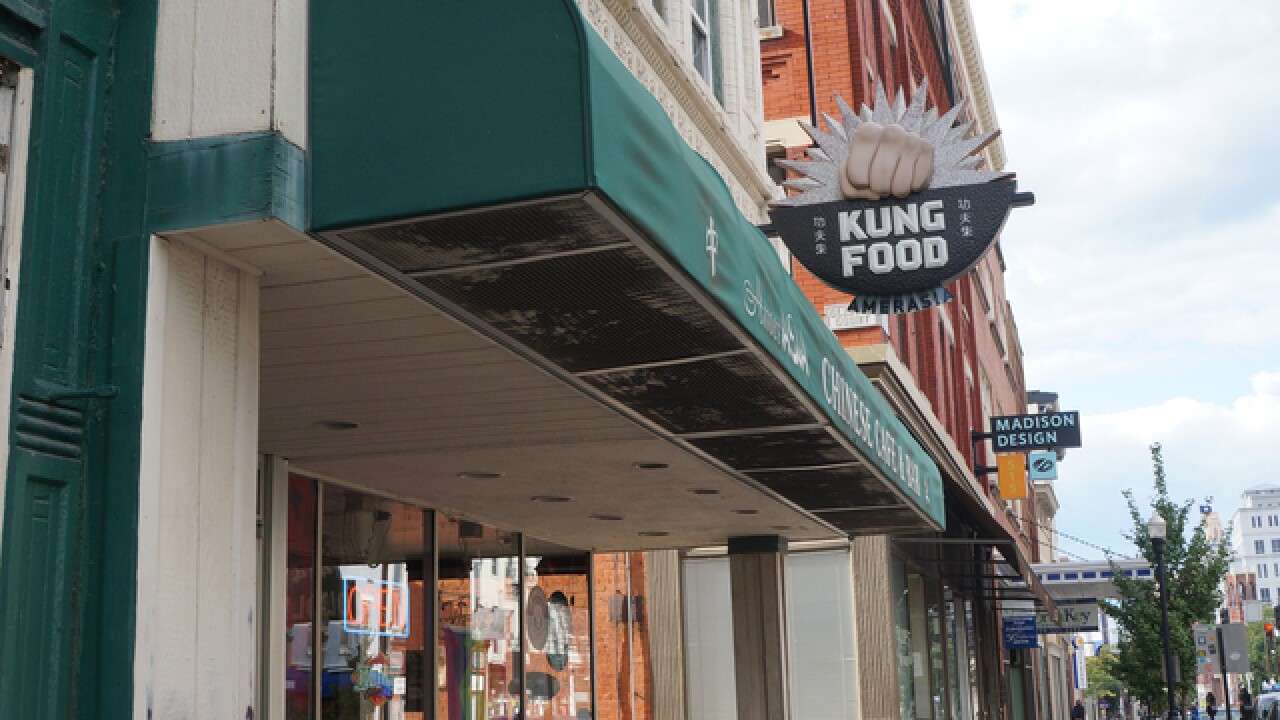 When we think of a "cool block," we envision a strip of coffee shops, boutiques, restaurants and bars that inhabit a three- to four-block radius in a neighborhood. A cool block offers the chance to explore a neighborhood on foot and check out several places at once -- a one-stop area for shopping, food and drinks and entertainment. You may also find some things that aren't ubiquitous in the city such as special kinds of beers and foods.

Step onto one of these streets and start walking. You'll find everything from Jerry Springer to matcha mixed with beer to a taxidermy squirrel.

In the past year, Madison Avenue, between Fifth and Eighth streets, has turned a corner for the strip. Hotel Covington  and its restaurant, Coppin's , opened almost a year ago. (It has the best tater tots in town.) The Hannaford   cocktail bar also opened last fall, while the Octave jazz club  opened this spring with a full bar and live shows. Besides the new places in the neighborhood, Madison Theater  and the more intimate Madison Live put on several shows a month (upcoming at the Madison: Big Boi and Killer Mike).

A few blocks from Madison Avenue is Main Street's MainStrasse Village, and like Madison Avenue, it has seen an increase in new bars and restaurants. Commonwealth Bistro  brought Southern fare to the block last year, adding to fine-dining options Otto 's and Bouquet . Bourbon Haus 1841  rivals Old Kentucky Bourbon Bar  and also Wiseguys Lounge, located above Goodfellas Pizzeria . Crafts and Vines  opened last year selling wines in bottles and on draft, as well as local beers. You also can grab a High Life for $1 at Gypsy's or one of the many other bars on the strip.

If you're looking for something weird -- like rodents preserved in a jar weird -- head to Hail Dark Aesthetics  at 720 Main St. Part record store, part taxidermy animals, part occult, you'll be sure to find the perfect curio for your friend who is a bit odd.

This punk-rockish Northside avenue boasts not one but two independent record stores: Black Plastic  and Shake It .

Visit the Blue Jay diner at 4154 Hamilton Ave. for breakfast; it just celebrated 50 years in business. Happy Chicks , a vegan bakery, is next door to Collective Espresso  (4037 Hamilton Ave.), a coffee shop hidden inside Cluxton Alley.

Hamilton also features a diverse mix of restaurants: African (Darou Salam), Indian ( Bridges ), Mexican (the soon-to-reopen Django Western Taco ), vegan-friendly ( Melt  and the Kitchen Factory ) and American fare from Bistro Grace  and The Hamilton . And beerophiles should check out Listing Loon  and the newly opened Higher Gravity , which sells 500 kinds of beer.

Escape Vine Street's much-publicized restaurants, boutiques, tourists and bros in favor of the more breathable and up-and-coming Main Street. Swig rose, half pours of beers and wine and Fernet-Branca cocktails at Liberty's Bar and Bottle Shop . (Bring your dog, too.) The owners of Liberty's will soon open the Royal  and the Pony  on the same stretch.

Like Northside, Main Street also has a Collective Espresso  (well, it's just off Main on Woodward Street) and Black Plastic Records . Keeping with the rock theme, check out shows at MOTR Pub  -- have brunch there -- and the Woodward Theater . The Mini Microcinema  offers quite a lineup of movie screenings.

There are a lot of food options, too: Buy fresh breads from Shadeau Breads  and Allez Bakery ; nibble on colorful macarons from Macaron Bar ; grab a slice at Goodfellas Pizzeria ; buy a Fiona T-shirt at Cincy Shirts ; eat alcohol-infused ice cream at Buzzed Bull Creamery ; or relax over a cocktail at Japp's .

Montgomery Road, between 6063 and 6112, has blossomed in the past couple of years. "The Shining"-themed Overlook Lodge  opened in 2015 and kicked off the new phase of development. Nine Giant  gastropub opened two doors down last summer, and Grand Central Delicatessen  opened this spring. Taco joint Casa Figueroa  is another new business, complementing revered places such as Gaslight Cafe , Everybody's Records  -- one of the oldest indie record stores in the city -- and Queen City Comics . While you're on that stretch of Montgomery, take the kids to the Red Balloon Cafe + Play , and enjoy coffee and a book at the Coffee Exchange of Pleasant Ridge .

Ludlow has gone through some changes in recent years. It took almost five years for the neighborhood to get a new grocery store, but Clifton Market  (319 Ludlow) finally opened this year. Before the owners of Red Feather Kitchen opened the brand-new Postmark , the space was home to Harvest Bistro and before that La Poste. Ludlow could be considered a healthy strip, with Clifton Natural Foods , walk-up window Whole Bowl , the New Age-y Lydia's on Ludlow  and Sitwell's Coffee House .

The most curious part of the stretch between 2709 Woodburn and 1544 Madison Road is the western town that looks like a movie set. It's actually the home of Schulhoff Equipment Rental , and it employs a western town inside a warehouse called Tool Rental Corral. If you need to rent a Bobcat, heaters, ladders or anything really, head there.

On Elm Street, sample rums at Second Sight Spirits  (301 Elm), take circus classes at Circus Mojo  and watch Jerry Springer -- in person -- discuss politics at Folk School Coffee Parlor  (332 Elm). Every Tuesday night the coffee shop/music venue hosts the former Cincinnati mayor as he tapes his podcast, "The Jerry Springer Podcast: Tales, Tunes and Tomfoolery." Tickets are free and include a live folk performance from a local artist. (And soon you'll be able to drink beer at Bircus Brewing Company , too; though it's not open yet, you can taste its beers at local Northern Kentucky bars.)

Wynners Cup Cafe  cooks up comfort food, and Ludlow Tavern is one of the few local watering holes in the area. However, if you want to have a drink on the Ohio River,   Ludlow Bromley Yacht Club , at 860 Elm, is either a 15-minute walk or 2-minute drive from the Folk Parlor. A block away from Ludlow Bromley, sample desserts and sandwiches at Keyhole Eatery and Dessert Bar  on Pike Street.

A cluster of places around 3101 Price Ave., in the Incline District, have breathed new life into the neighborhood. BLOC Coffee Co. serves coffee drinks, sandwiches and pastries, while the adjacent Somm Wine Bar offers charcuterie plates, glasses and bottles of wines and beer on a tranquil patio. Veracruz , located just across the street, serves tacos, menudo and tortas.

A two-minute drive (or nine-minute walk) away is Incline Public House  (2601 W. Eighth St.), where you can have a drink or full meal. Check out the spectacular panoramic view of the entire city there or at upscale Italian restaurant Primavista (810 Matson Place), where you can have brunch or dinner before seeing a play at the recently built Warsaw Federal Incline Theater .