Is our area at risk for an HIV outbreak? 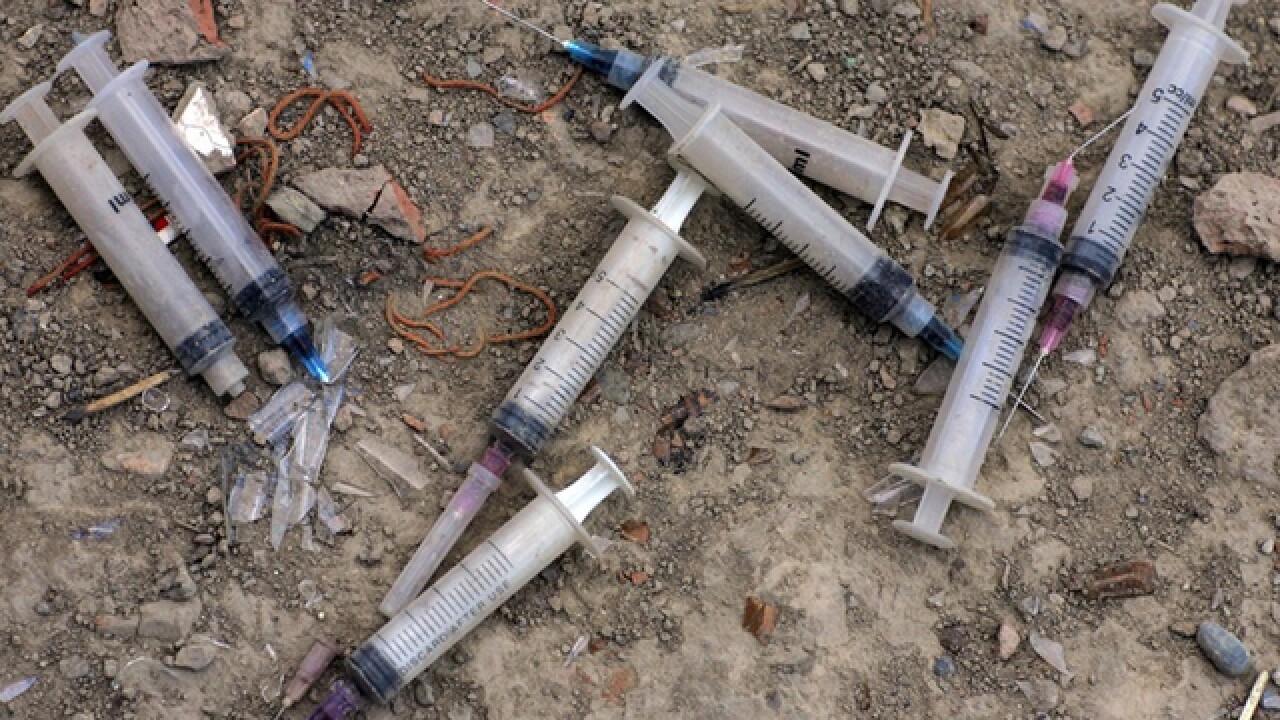 Paula Bronstein | Getty Images
<p>The practice among drug addicts of sharing used needles is blamed for an HIV outbreak in rural Indiana and has put much of the Tri-State at risk, the CDC says.</p>

CINCINNATI -- The heroin epidemic has put the Tri-State on the edge of another disaster – AIDS.

Ohio, Kentucky and Indiana are vulnerable to an AIDS outbreak spread by the use of hypodermic needles, the U.S. Centers for Disease Control and Prevention has identified.

The CDC, the nation’s chief disease-tracker, mapped 220 counties most at risk for an outbreak of the AIDS virus due to sharing needles, an unhealthy but fairly common practice among heroin addicts. One look at the CDC's map shows that the nation's concentration of at-risk counties is in the Tri-State: Southern Ohio, Southeastern Indiana and Eastern Kentucky.  A portion of Northern Kentucky is singled out too. Much of West Virginia is considered vulnerable.

The CDC would not release the names of the counties, saying its analysis is awaiting publication.

But it has released the map, and what the CDC has identified is a wide swath of Appalachia, including Southern Ohio, as the nation’s next potential hotspot for an outbreak of HIV spread by needles used to inject heroin and other opiates.

A strip of southeastern Indiana identified by the agency is not in Appalachia but shares the social and economic problems found in that depressed region of the country, problems the CDC says are contributing to the unnerving growth of the heroin epidemic: “Substantial unemployment, a high proportion of adults who have not completed high school, a substantial proportion of the population living in poverty, and limited access to health care.”

The CDC’s national analysis was done after an outbreak of HIV in Scott County, Indiana, a rural county of only 24,000 people in the south-central part of the state. State health officials began investigating in January 2015 after the outbreak was spotted in a county that normally reported only five new HIV cases a year. So far, 190 people have been reported to have contracted the AIDS virus in this outbreak. Nearly all of them from sharing needles to inject drugs.

The outbreak was so alarming that Indiana’s governor, conservative Republican Mike Pence, issued a series of emergency orders allowing clean, unused needles to be distributed to addicts. Needle exchanges are otherwise illegal in Indiana.

Health officials are concerned that similar outbreaks could happen in other parts of the country, as the epidemic of heroin and painkiller abuse grows, with many injecting those drugs using hypodermic needles.

“The factors that contributed to the Scott County outbreak can be found in other rural counties in the United States,” the CDC says.

Hamilton County is left off the map of HIV-vulnerable counties, likely because of the availability of health care, low-income health clinics and needle exchanges. The three core Northern Kentucky counties also do not appear to be on the map, probably for the same reasons. Again, the CDC would not comment on specific counties or confirm the names of the counties on the map.

But the AIDS virus does not respect county boundaries and the growing abuse of heroin and other injected drugs has already caused a spike in hepatitis C here. Northern Kentucky in particular has one of the highest rates of hepatitis C infection in the country, according to the Northern Kentucky Health Department .

Addicts who inject drugs often don’t use clean needles because getting them can be difficult and time-consuming.

In Scott County, shooting drugs is often a group activity and the needles are frequently shared, the CDC found.

"Injection drug use in this community is a multi-generational activity, with as many as three generations of a family and multiple community members injecting together," one of its Scott County reports said.

In Southern Ohio, the Ohio Substance Abuse Monitoring Network surveys drug abuse trends in a 13-county region (including Hamilton County) every six months. In its most recent report, it said, “Heroin users will use whatever needle is available, often sharing or reusing needles.”

It quoted one user surveyed, who said: “Whoever has a needle, you use it.”

The vulnerability of this region to an HIV outbreak is a strong argument for expanding needle exchanges, although the CDC stops short of endorsing them.

The agency does say it is encouraging state and local health departments to examine local data to assess their risks for HIV and hepatitis C outbreaks among people who inject drugs. That information includes drug overdose deaths, admissions for drug treatment, and drug arrests, all of which are on the rise in this region.