Breakfast and lunch among offerings, too 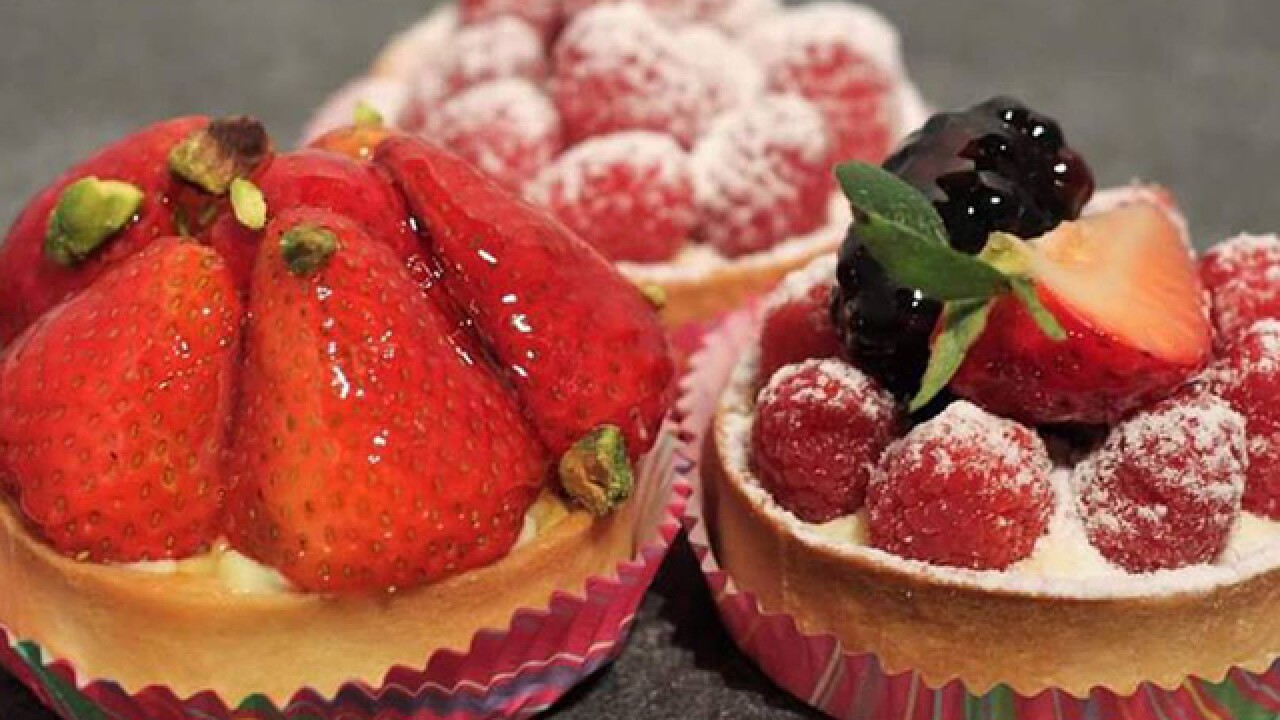 CINCINNATI -- Something sweet is coming soon to Downtown’s Court Street.

The duo signed a lease earlier this year and will occupy half of the former Doscher's Candies space, after Doscher's moved into a larger location in Newtown last year. Mon Petit Choux will neighbor the Fiery Hen, a new Nashville hot chicken restaurant also slated to open in the coming months, as well as Court Street Lobster Bar and Queen City Exchange.

Grillo has no exact date for the bakery's debut but hopes to be up and running by the end of summer.

"There really isn't a place like this anywhere in Cincinnati," she said. "You can get cookies and cupcakes and brownies (at various shops), but we're going to take it to a higher level with really beautiful, elegant stuff. Colorful, tasty items that once you see, you just have to eat."

Mon Petit Choux, which means "little cream puff" in French, has been almost two years in the making for Grillo. She left a 12-year career in the telecommunications industry to pursue her love for edible art and purchased Maribelle, a custom cake shop at 3704 Cheviot Ave., in 2011.

The cakery is not related to Maribelle's Eat + Drink in Oakley, which recently closed. Weddings make up the bulk of her business, and Grillo is looking to increase revenues after seven years at the helm.

Baudry wanted to expand his own footprint. Baudry French Pastries, founded in 2016, specializes in cream puffs and eclairs, and Baudry largely sells his wares at Findlay and other local markets.

The French-born chef has more than 25 years of experience and worked previously at Le Cezanne, a former French bakery and tearoom in Wyoming, Jungle Jim's, Kroger and Hollywood Casino in Lawrenceburg, Indiana.

Grillo said Mon Petit Choux was an obvious next step for them both.

"Frederic makes amazing pastries. My shop is known for really wonderful cakes," Grillo said. "So instead of reinventing the wheel, (I thought), 'Why don't we partner up?' Obviously, the goal is to be the best bakery in the city. I think we're going to kill it with what we're going to be able to offer."

Mon Petit Choux will serve breakfast and lunch, and the initial menu will be simple, Grillo said. Customers should expect items such as quiches, salads and sandwiches. In the summertime, she envisions a gelato bar and, in the winter months, a cocoa station paired with homemade gourmet marshmallows. Bakery items will include cakes, pastries, fruit tarts, croissants, shortbread and much more.

"Everything will be made from scratch here in house, and with real butter," Baudry said.

The space is around 4,400 square feet, including the basement, which Grillo will use for production. She said Mon Petit Choux will provide catering services, which Grillo hopes will account for 25 percent to 30 percent of the business.

That number could hit higher; there's a certain sense of momentum on Court Street that could work in her favor. Kroger is building a 45,000-square-foot grocery store just steps away, a project that also includes luxury apartments and a parking garage. And 3CDC, the Cincinnati Center City Development Corp., is also making moves nearby.

Grillo had looked elsewhere in the city, namely Over-the-Rhine, but Court Street proved a better fit for the concept.

"With the new Kroger development and everything else going on Downtown, I felt like this was the best place to be right now," Grillo said. "Hopefully, we can be another draw. It's exciting."