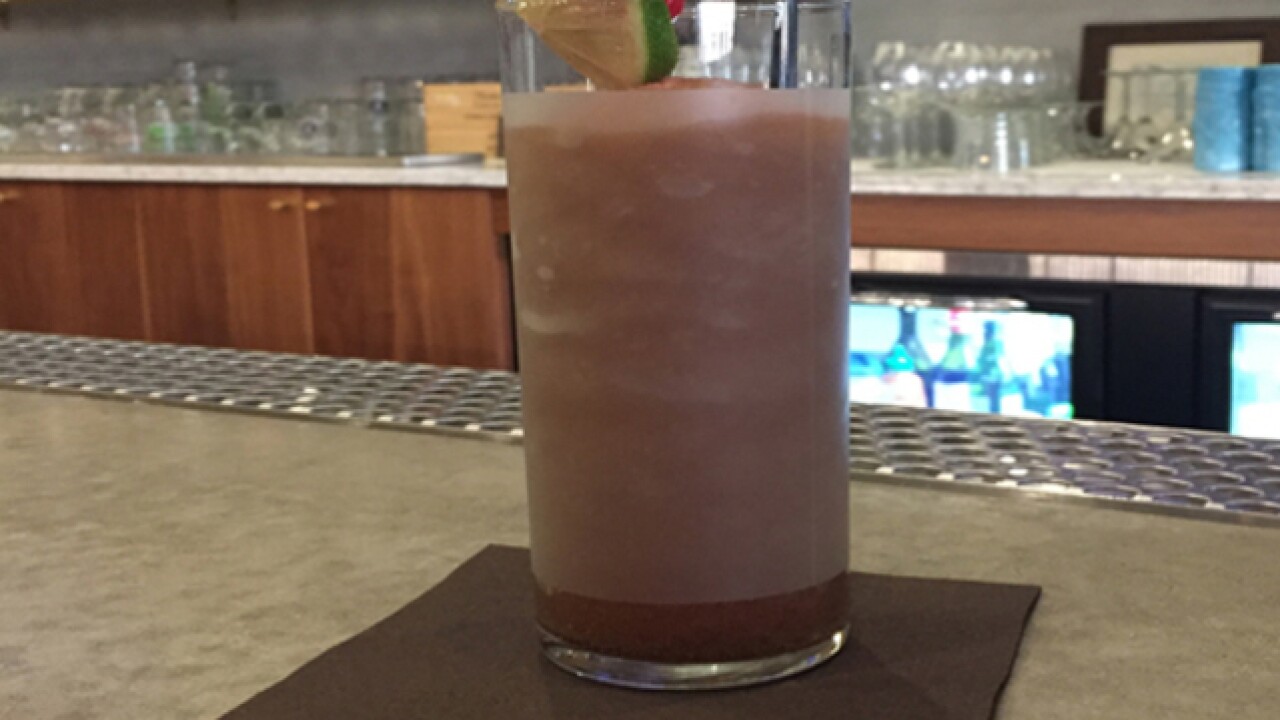 BLUE ASH, Ohio -- The holy grail: For some of us, it conjures a much younger Harrison Ford looking excessively fetching in khaki. For others, the reference is a bit more biblical.

But for our dining purposes, we'll stick with the pop-cultural connotation.

In this case, it's a bite or a beverage that you just can't imagine living without, or at least chatting it up to all your friends. And so I offer you this holy grail beverage: Senate Blue Ash's Unicorn Tears.

When hot dog king Dan Wright isn't slinging wieners with wit -- I'm still miffed that I missed the Stormy Daniels dog -- he and his crew of bartenders are creating signature slushies, like the Unicorn Tears, available at Senate Blue Ash.

Wright and his wife, Lana, launched the original Senate, a lo-fi gem famous for gourmet hot dogs, poutine and fresh oysters, in 2010 in Over-the-Rhine. They opened Abigail Street (dedicated to upscale Mediterranean) next door and Pontiac BBQ just up the street in short succession, allowing the Wrights to stake a significant claim on the Vine Street dining scene.

Then the duo did an about-face, opening a second Senate location deep in the 'burbs at Summit Park, just miles from their own home in Blue Ash.

But about those slushies...

Lest you be confused, these are not the frozen treats of your childhood -- the ones that you purchased with spare change culled from the cracks of the family sofa and your dad's dress pants. You, like me, may have balanced the sweaty cup with the domed lid against the handlebars of your single-speed bike as you rode home from the neighborhood AmeriStop.

Wright's Unicorn Tears takes the flavor profile of that classic Cherry Coke slushie and turns it up to the proverbial 11 with bourbon -- Old Grand-Dad to be exact -- Dr. Pepper and lime juice.

"After about three of these, your childhood really starts coming back. I mean, I totally remember how good those Cherry Coke slushies were back then. And the blue ones, and the red ones," Wright said, laughing.

Consider yourself warned: While the Unicorn Tears bridges kiddie comfort (there's even a cherry on top) with adult mood management, it is strong.

"We got our first slushie machine down at Pontiac, and we always have at least two on the menu there," Wright said. "Then we opened Senate Blue Ash; we got one for here for the Frose." (Wright's Frose cocktail combines rose wine with pureed strawberries, sugar and water. It was an instant hit when the Blue Ash location opened last summer.) "The only reason we stopped doing that one is because we wanted something a little more hearty. Nobody wants frozen rose in February. But we'll bring the Frose back when the weather gets warm again."

According to Wright, the name for the Unicorn Tears cocktail stems from a joke that he has with his brother-in-law, Yousef Shtiewi, who is also the chef de cuisine at Abigail Street.

"Yousef loves the idea of unicorn tears in everything. It naturally came up when we were brainstorming. And I kinda love the idea of kids coming in and saying, 'Hey, look, they have unicorn tears!'"

To be clear, these Unicorn Tears are not for sharing with the littles. Wright also admitted that he had a slightly different flavor profile originally in mind for the frozen bourbon beverage.

"Old Grand-Dad is our house bourbon at the restaurants, but I really wanted them to put Southern Comfort in it. Because there's nothing quite as sleazy as Southern Comfort," he said with a laugh.