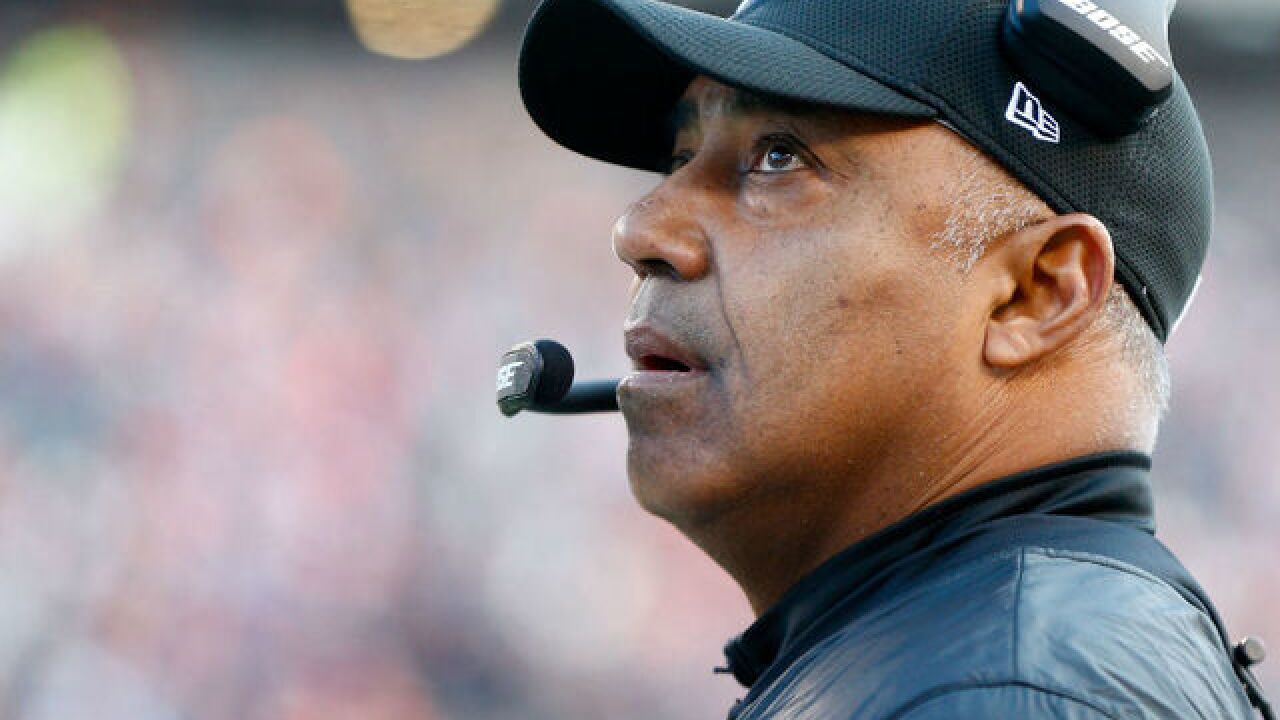 CINCINNATI -- If you think all it's going to take to fix the Bengals is firing Marvin Lewis, you need to rethink that. Their problems run deeper.

I've never called for a coach's head and I'm not about to start now.

First, I don't think what I say -- or you, for that matter -- is anything Mike Brown is going to factor into a decision on whether Marvin stays or goes. My guess is, if Lewis goes, it'll be his call.

Second, simply extracting one head coach and dropping in another rarely works. Sure, the Rams dumped Jeff Fisher last season and brought in Sean McVay. Instant turnaround, right? The Rams were 4-12 last year. They're 9-4 now.

For his part, Lewis knows the score.

"We all realize when you sign up for these jobs, the thing is, it's not forever. I think we all accept that," Lewis said at his usual Wednesday news conference.

His buddy and former defensive coordinator Mike Zimmer, now the Minnesota Vikings head coach, added this. "In my opinion, (Lewis) should be able to stay there as long as he wants."

An overstatement, sure. But are the Bengals better with Lewis than without him? That's dinner time conversation, probably, for Mike Brown.

What has the Bengals on the brink of their second straight losing season is more than Marvin Lewis. And how much he's to blame is probably less than what it would be for another head coach in the same situation. The Bengals are unique -- you know that.

The team has no general manager, a spartan front office and a limited amount of scouts. It has improved over the years, particularly since 2011 when it is widely believed Lewis demanded improvement as a reason for remaining as head coach.

And, history tells us, the owner likes to meddle in the draft. "First pick belongs to the family" is a phrase you hear a lot come draft time. If that's true, the family needs to rethink that.

Eifert has missed more games than he's played; Dennard took three seasons to blossom; Jackson missed his rookie year and has played well, lately; Ross, because of injury, was a whiff this season; and the NFL game seems bigger than what Ogbuehi can play at, at least for now.

While the Bengals have found some real value in mid-round picks -- like Nick Vigil, Carl Lawson and Tyler Kroft -- since 2013, team strength begins with the top of the draft. First-round picks who can play effectively immediately have been in short supply around here.

Where are the Bengals versions of Marshon Lattimore or T.J. Watt? How about a lineman who had the impact that the Titans' Jack Conklin had his rookie season? The Titans traded up to draft the Michigan State tackle and got rewarded when Conklin, as a rookie, was named first team All Pro. (As a rookie!)

And then, of course, there is the free agent game.

The Bengals don't play that all that well -- if at all. They're still trying to replace the departed Mohammad Sanu and Marvin Jones. Tyler Boyd? We're waiting. John Ross? When a wide receiver has more surgeries in one season than catches, not good. You have as many catches in an NFL game as Ross has right now.

Want to know one of the big reasons why the Rams are 9-4 and on the brink of a playoff berth and maybe a division title? They signed Andrew Whitworth away from the Bengals

According to profootballfocus.com, which grades every player on every play, Whitworth has consistently graded out as one of the top tackles in the NFL this season. He is also credited for bringing leadership to the Rams locker room. Apparently, that was discounted when it came time for the Bengals to decide whether or not to keep him.

Is all of that Lewis' fault? No. Some of it? Sure.

Will blowing him out and simply dropping in a "flavor of the month" as coach fix it? You know better than that.

And by the way, can we end the nonsense about Jon Gruden, Brian Kelly and Bill Cowher being a great fit here? None are a great fit and none would leave their current jobs to become the Bengals' head coach. The closest any of those guys will come to Cincinnati anytime soon is the airport -- to change planes or visit friends.

The Bengals need a lot of work. Their offensive line is bad. Their impact players on offense are confined to A.J. Green and, when his head clears up, Joe Mixon. Their tight ends are pedestrian. And, God bless him, Gio Bernard gives you everything he's got...but he's miscast.

While the Bengals defense is their hallmark, where are the impactful players? Vontaze Burfict flies around the field and hits people. Geno Atkins continues to make life miserable for opposing quarterbacks. And, in William Jackson III, the Bengals finally have a cornerback who can cover Antonio Brown.

But who's creating turnovers? The Bengals defense has taken the ball away from opponents just 10 times.

Maybe Lewis sees the same things. Maybe he doesn't want to do the heavy lifting around here anymore. Maybe Marvin simply knows his time is up. There are only so many "Keep Digging," "Do Your Job" and "Run On Your Own Gas" slogans a coach has.

If it is time for Marvin to move on, he should go on his own. And you should thank him for what he's accomplished here. Forget the bummer of the last two seasons or the 0-7 record he has in the playoffs. Marvin Lewis, almost single-handedly, moved the Bengals into the 21st century -- that's no small feat.

That opening bit with the phone is Marvin talking to his brother, the late Frankie Gaye. He started working with Marvin in the early '70s.

His lead guitarist on this video is someone who worked with Gaye a lot in the '70s and '80s, Gordon Banks.

The late Odell Brown, a Louisville native, is on keyboard. Norman Whitfield and Barrett Strong, two of the best songwriters in the history of music, co-wrote this song. Gladys Knight and the PIps recorded it first. Then, the Miracles recorded their version of it. Gaye cut his version of the song in 1967.

But Motown boss Berry Gordy Jr. declared that Knight's version would be the first to be released. It was a hit. And Gaye's version, so not to compete as a "single" (45 rpm record) with Knight's version, went onto a Marvin Gaye album. But disc jockeys around the country kept playing Gaye's album cut so much, it became a hit and Motown was forced to release a single version of the song.

It turned out to be Marvin Gaye's first No. 1 hit. And Strong considers this song the best he composed with his writing partner, Whitfield.