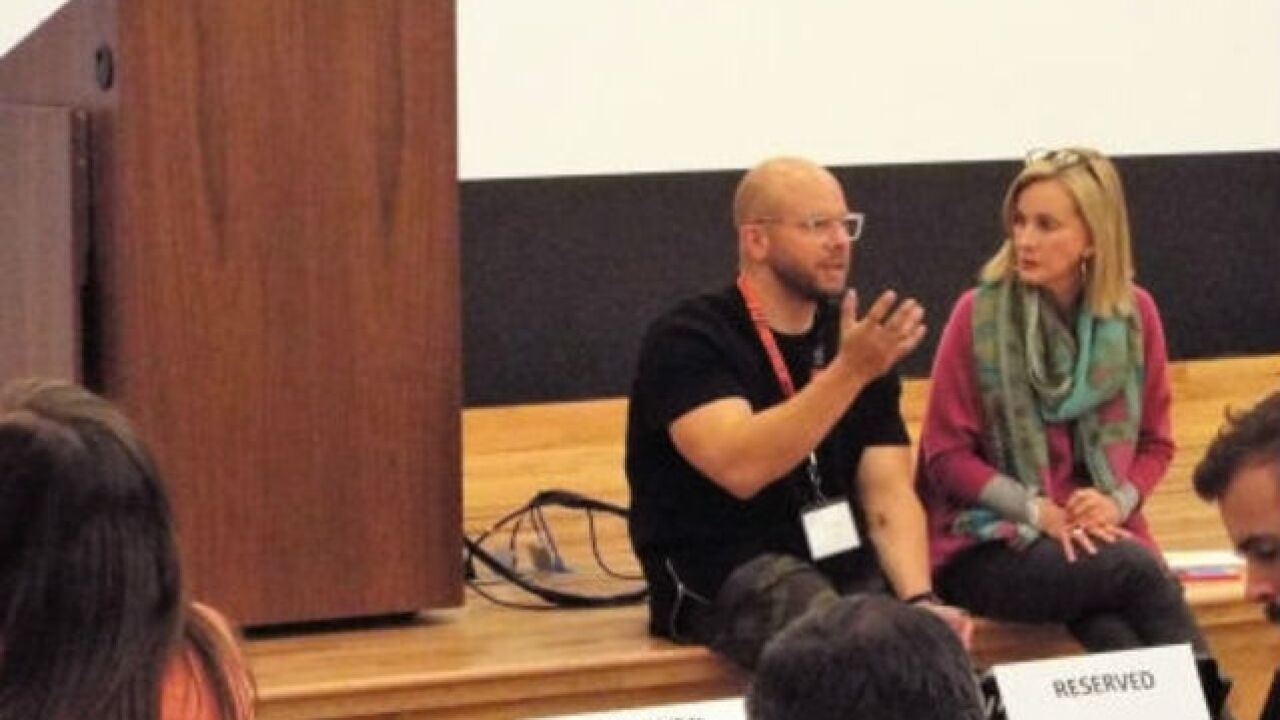 CINCINNATI -- What do arts organizations and the tech/startup community have in common?

Both groups found that out last weekend at the ArtsWave Tidal Art x Tech Challenge, where about 150 members of the tech community put their heads together to solve specific problems of local arts organizations.

“There's a lot of synergy between the arts community and the tech community,” said Wendy Lea, CEO of Cincinnati startup advocate Cintrifuse. “Both require large amounts of creativity, they create something from nothing and impact people's lives in profound ways. This weekend was about capitalizing on that synergy and locking a bunch of smart people in a building … to see if they can't find a way to make Cincinnati's arts community even better.”

The hackathon was the brainchild of Chris Ostoich, a serial entrepreneur and member of the board of directors for ArtsWave, the nation’s largest and oldest public arts fund, which helps fund more than 100 local arts organizations. Although he’s a tech guy, Ostoich comes from an arts-loving family: His father plays oboe for the Cincinnati Symphony Orchestra.

He hit upon the hackathon as a way for ArtsWave to engage the hundreds of people employed by startups in Cincinnati.

“I felt like we were flying over this audience,” he said. “I thought it was really important to pull more of us into this arts culture.”

The event came together at Union Hall in Over-the-Rhine, where Cintrifuse has its offices, with financial sponsorship and volunteer help from Fifth Third Bank. ArtsWave, which organized the event, contributed cash as well, president and CEO Alecia Kintner said. She wouldn’t say exactly how much, but said it was less than $15,000.

The investment paid off in several ways, she said, among them creative solutions to the challenges posed by ArtsWave, the Contemporary Arts Center and others.

The winning team, whose members each received new iPad Pros, created an app called Wave that connects people through the arts and allows them to learn more, follow artists and venues and possibly buy tickets, said ArtsWave director of communications and marketing Hillary Copsey.

One hackathon participant created an app that could send museum visitors information about exhibits on their smartphones, using technology from Ostoich’s company LISNR. That’s something that Raphaela Platow, director of the Contemporary Arts Center, said she had been talking with Ostoich about for some time.

That app could cheaply revolutionize the museum experience, Platow said, because it would just require installing small speakers to project the sound waves LISNR uses to transmit information. She hopes to use it at the museum in a pilot exhibit this June.

The fact that so many good ideas were created at such a small cost really excited the arts professionals who attended the hackathon, Kintner said.

“(In the arts community) tech is usually thought of as so expensive and so beyond our reach that we are generally the last ones at the table with a tech solution,” she said.

Over the next few weeks, ArtsWave and its sponsored organizations will figure out which solutions they want to advance and what they need to make that happen, Kinter said. ArtsWave asked all the hackathon participants to join a newly formed tech advisory council, she said, and about a dozen have expressed interest. She expected that group to start meeting in late May or early June.

ArtsWave also wants to create a fund to invest in ideas that come out of this and events like it, she said, but where that money will come from hasn’t been decided yet. Ostoich first proposed such a fund to her three years ago when she joined ArtsWave, she said, but the timing wasn’t right.

The hackathon results showed that the time is now, she said.

“We demonstrated to ourselves and others in the room that there are ideas we never would have thought of on our own that are worth investing in and that could be absolutely transformative for the Cincinnati arts sector,” Kintner said.

Traditionally, a major source of arts funds comes through drives held at large workplaces. But today’s workplaces are smaller and more fragmented, especially among young people, which makes it harder to reach them.

“We need strategies to reach donors in lots of different ways,” she said, and the hackathon was one of them.

Some participants had never been to the Contemporary Arts Center, which hosted a party for them the first evening of the hackathon. One team took a field trip to the Taft Museum of Art, where some had never been either, Kintner said.

“For us to have engaged 150 people in the challenges and opportunities of arts organizations, that was one of the best outcomes,” she said.

The idea of art hackathons really took off in 2013, and now there are such events in cities from New York to San Francisco to Berlin. That’s the year that the Massachusetts Institute for Technology started its Hacking Arts event, said outgoing chair Natalie Pitcher.

Hacking Arts consists of a conference and a hackathon, she said, so that participants can learn about arts problems in depth and create solutions. Success is measured by the number of attendees and the diversity of their backgrounds.

It’s about getting people together who normally wouldn’t get together, she said.