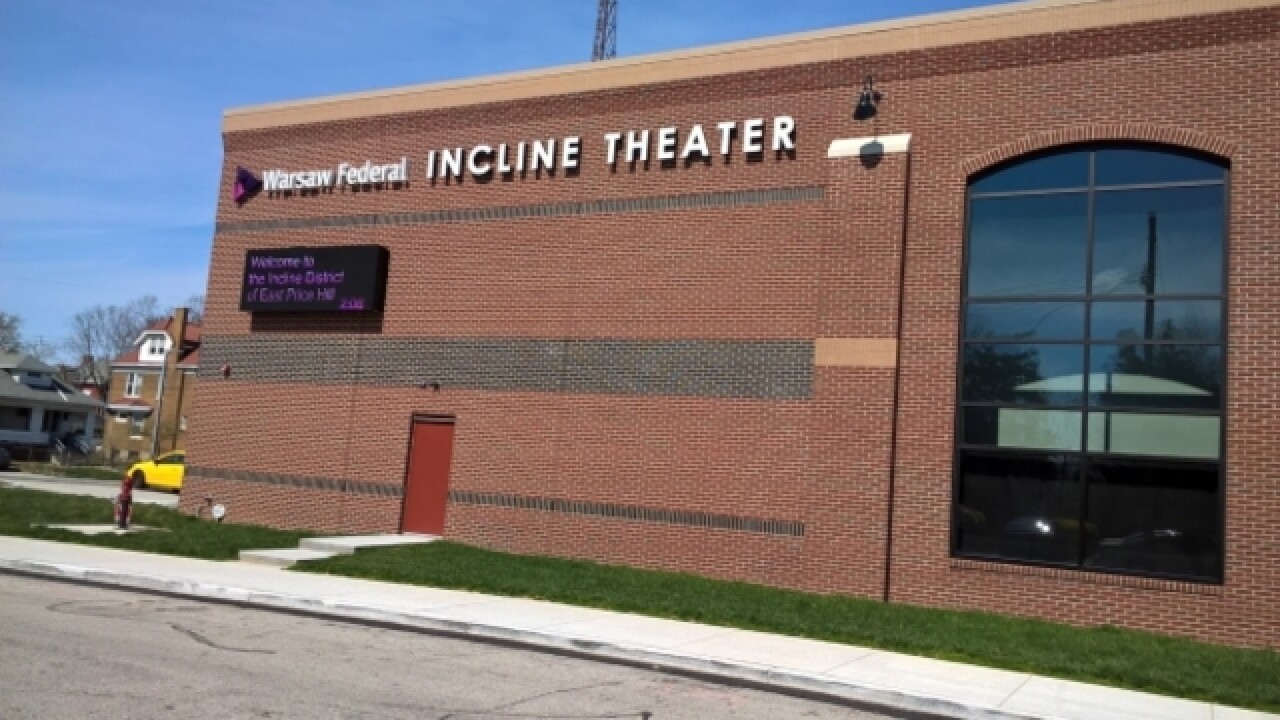 Provided
<p>Perhaps the most striking example of revitalization in Price Hill is the Warsaw Federal Incline Theater, across the street from popular restaurants Primavista and Incline Public House.</p> 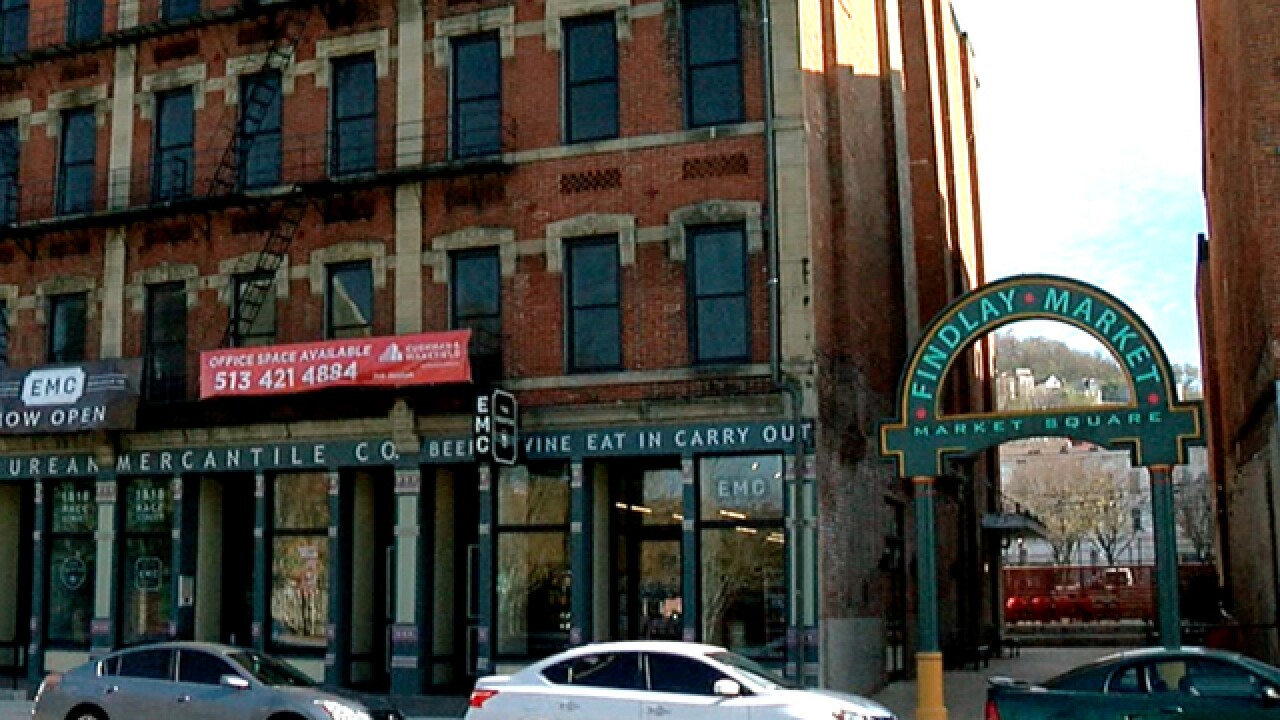 Neither did construction of the Warsaw Federal Incline Theater in Price Hill or the ongoing renaissance of the blocks surrounding Findlay Market.

Each of those projects used New Markets Tax credits, which may be going away.

What’s a New Markets Tax Credit? The long answer is complicated , but the short answer is that it’s a vehicle that allows investors to recoup 39 percent of the money they put into a project in a blighted neighborhood.

They get the money back over seven years, so the businesses and homes they created are already contributing to the community long before the full tax break kicks in.

“The 39 percent credit the federal government gives up pays off 10-fold in these projects in terms of job creation, higher property values, reduction of public resources used. When you remove blight, you often reduce the crime rate around the areas,” Jeanne Golliher, president and CEO of Cincinnati Development Fund said. “It’s an investment that has a return.”

Entrepreneurs and community development organizations are sounding the alarm that the decade-long revitalization of the Tri-State’s oldest, poorest neighborhoods will slow to a crawl or stop altogether if the federal tax bill passed last week by the House of Representatives becomes law.

“This project would not be happening without the new markets or historic tax credits,” Bobby Maly, principal of Model Group , said.

He spoke to WCPO inside Deeper Roots coffee shop, which just opened in a storefront across from Findlay Market on Race Street. It’s part of the rehabilitation of the entire block of grand but derelict brick buildings that Model Group undertook with the help of tax credits administered through Cincinnati Development Fund.

What had been a haven for crime and rats is now home to Deeper Roots, Epicuricean Mercantile Company grocery store and two dozen upper-floor apartments – a more than $10 million upgrade within a fully restored set of buildings.

“There’s a reason this block was almost entirely vacant for multiple decades at a time,” Maly said. “The honest and simple answer is (rehab) doesn’t start without the tax credits.”

• Washington Park renovation from a crime-plagued, underused space to a mecca for families, concerts and festivals; it has also served as a catalyst for more than 400 new and rehabbed apartments, homes and new retail businesses around it.

• Avondale Townhomes, six homes on Woodburn Avenue that are the first market-rate home construction in the neighborhood since the 1990s.

Maly said Over-the-Rhine may have the critical mass of new development to continue its resurgence without the tax credits. But other neighborhoods would probably not be so lucky.

"We have such a strong foothold in a place like Over-the-Rhine that it will continue but at a much slower pace," he said. "But for neighborhoods like Westwood and Walnut Hills, those kind of neighborhoods, are a bit further behind in the curve of the revitalization story. They're going to have a harder time getting out of the gate without the tools of the tax credits."

The tax credits program has been so popular that it enjoys unanimous support among Cincinnati’s two Republican congressmen, as well as Republican Sen. Rob Portman and Democratic Sen. Sherrod Brown.

Rep. Brad Wenstrup and Rep. Steve Chabot voted in favor of the sweeping tax reform package that included the elimination of the New Markets Tax Credit and the Historic Tax Credit, another vehicle that has helped rehab efforts. The House bill passed solely with Republican votes and unanimous Democratic opposition.

Chabot and Wenstrup are hoping the tax credits are restored if and when the Senate version is approved by the full Senate and Republican Party leaders reconcile the House and Senate versions.

“From Portsmouth to Cincinnati, the benefits of the New Markets and Historic Tax Credits can be seen throughout Ohio’s Second District," Wenstrup told WCPO. "While the House tax bill did not include these credits, passing the Tax Cuts and Jobs Act in the House was just the first step in delivering tax relief to Americans. I look forward to the Senate quickly passing its tax bill, and urge both chambers to work together in a conference of thoughtful debate and discussion as we strive to finalize this bill."

Chabot also expressed support for the Senate restoring what the House proposed taking away.

“I’ve seen firsthand how the program has improved neighborhoods across Cincinnati," Chabot said. "I oppose eliminating the program, and I hope to see the Senate or conference version of the tax bill include it.”

Portman is a member of the Senate Finance Committee that approved a version of the tax bill that would preserve the tax credits.

“Senator Portman is a long-time supporter of the New Markets Tax Credit and fought to ensure that the credit was preserved in the Senate bill. He believes that the credit is an important community development tool that has been particularly effective in Ohio and has bipartisan support,” Emily Benavides, a Portman spokeswoman, said.

Brown also wants the tax credits preserved. His path to preservation is through opposing the Republican tax bill altogether, which would leave the credits unchanged.

“Cincinnati residents can see the jobs and economic development created by this tax credit each time they buy groceries at Findlay Market or go to a festival in Over-the-Rhine’s Washington Park,” Brown told WCPO. “Getting rid of the credit will rob Ohio communities of real opportunities to draw private investment and create jobs.”

The full Senate is due to consider the tax bill after Thanksgiving.