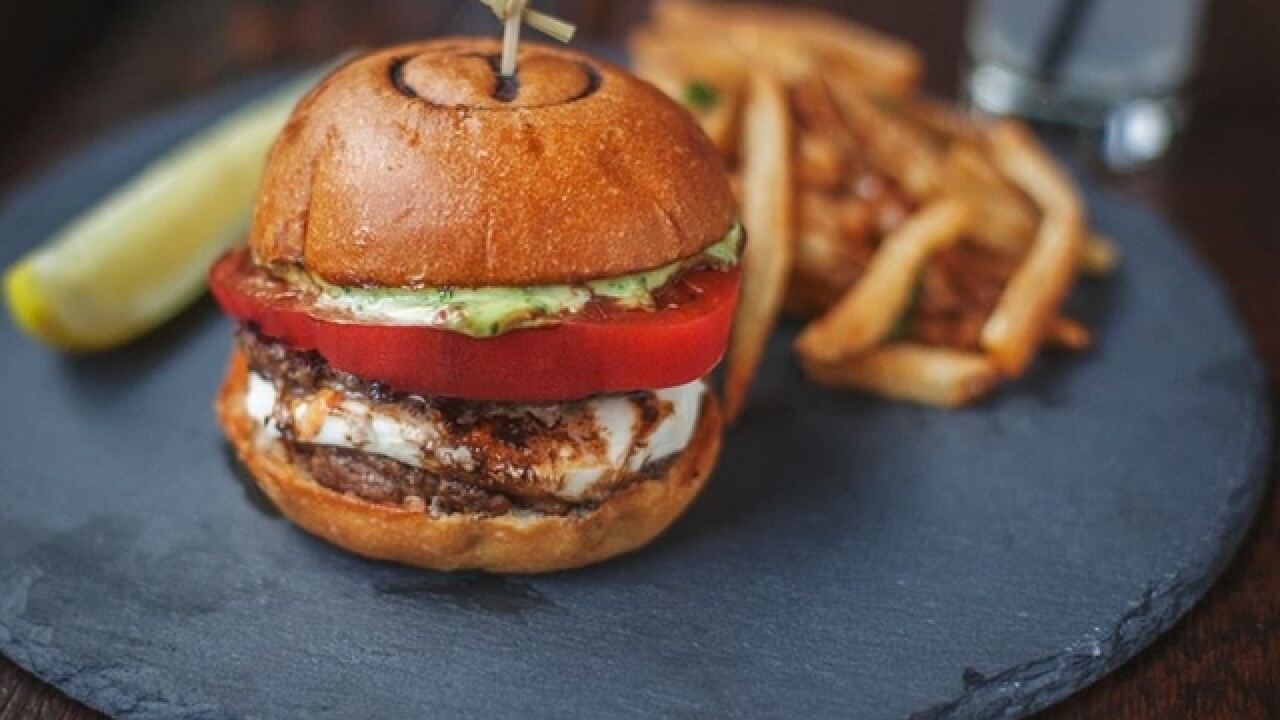 Courtesy Nation Kitchen and Bar
<p>The Ain't Easy Being Caprese burger is the August "Bit Burger" at Nation Kitchen and Bar in Pendleton. A dollar from each sale of the burger goes to Tender Mercies, an Over-the-Rhine non-profit that assists homeless adults with mental illness. Nation Kitchen is also participating in this year's Taste of OTR, which is a fundraising event for the non-profit.  The tasting held Aug. 26-27 in Washington Park has expanded to two days this year. </p>

CINCINNATI -- Much like the neighborhood it celebrates, the Taste of OTR draws more restaurants -- and people -- every year.

The festival will return to Washington Park on Aug. 26-27 for its fourth year with an extra day, a new kids zone, a beer village, live music and, of course, more food vendors, according to festival organizer Tender Mercies.

"It’s continued to grow every year," said Tender Mercies development director Jackie Baumgartner. "Then each year we attract new restaurants that come into the area."

Tender Mercies, an Over-the-Rhine nonprofit that assists homeless adults with mental illness, started the Taste of OTR in 2013 as a fundraiser featuring 15 vendors; it drew 3,000 visitors. The event grew to 30 vendors and an estimated 15,000 attendees last year, Baumgartner said.

"Given that we have more promotion now, the extra day and more vendors, we expect to see 20,000 come total," she said of this year's festival.

In its first three years, the Taste of OTR raised more than $100,000 for Tender Mercies, which used the money for more social services, clothing, job opportunities and other necessities for its clients. The organization houses about 150 residents at any given time.

"It really makes a huge difference in the lives of our residents," said Baumgartner.

The Taste of OTR's social impact is a major reason that Pendleton eatery Nation Kitchen and Bar is participating in the event this year, as well as raising money for the organization throughout the month of August, according to general manager Kayla Robinson.

"Each month we partner up with a local charity," she said. "That’s kind of how we found Tender Mercies."

Nation is donating $1 from the sale of each Ain't Easy Being Caprese burger, otherwise known as the "Bit Burger," to Tender Mercies leading up to the Taste of OTR.

"It’s called the 'Bit Burger' because the hatchet is our logo, and the bit is the part that makes the most impact on what it hits," Robinson said.

Nation was part of Taste of OTR's VIP area last year and will return with its own booth this year featuring Nation's Whiskey Bacon Burger.

Over-the-Rhine Chamber of Commerce CEO Emilie Johnson said the Taste of OTR's success shows the growing appeal of the community and its businesses.

"I think it’s great and shows really smart growth," she said. "And it’s a great opportunity for the nonprofit to get some great exposure."