'It's all grown out of these personal connections' 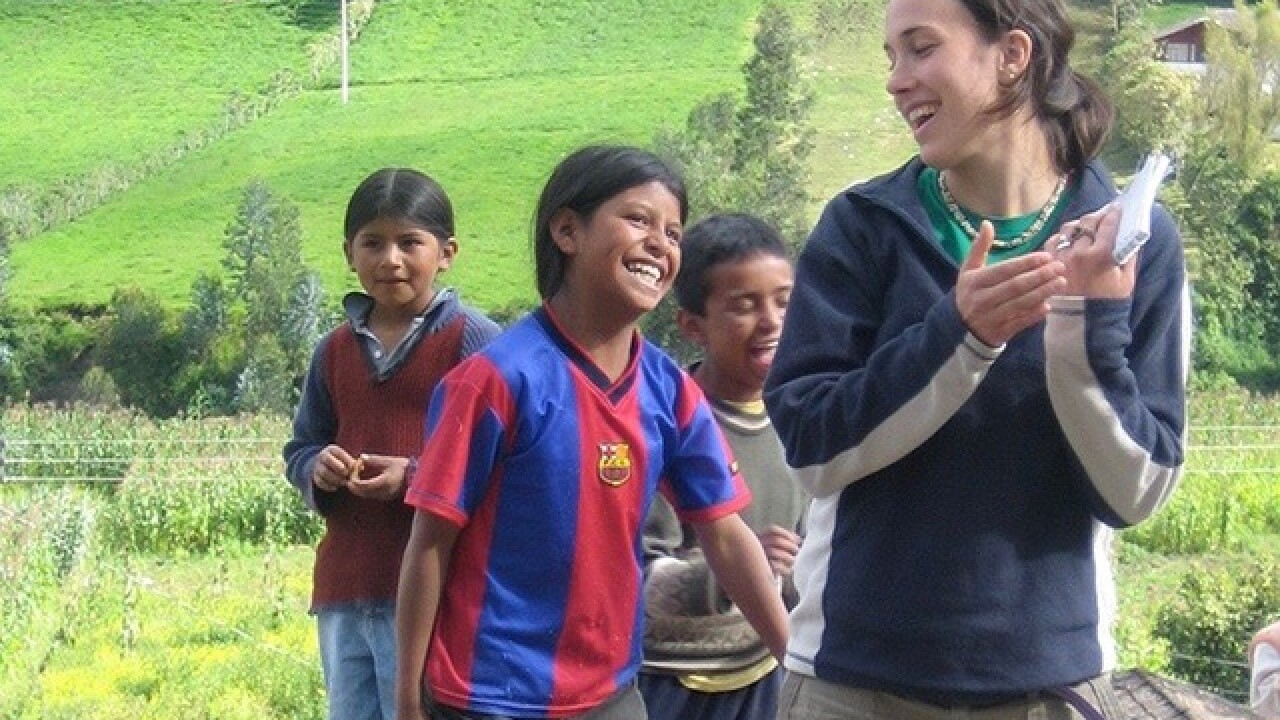 Copyright 2018 Scripps Media, Inc. All rights reserved. This material may not be published, broadcast, rewritten, or redistributed.
Courtesy of Anna Taft
<p>A Tandana Foundation volunteer, right, leads a group of children during an activity.</p>

CINCINNATI -- Maybe it’s because she’s the great-great granddaughter of a U.S. president or because she grew up as the daughter of an Ohio governor and first lady.

Whatever the reason, Anna Taft has seen the world a bit differently ever since she was a child.

So it didn’t particularly surprise Hope Taft and her husband, former Gov. Bob Taft, when their only child steered clear of a career in politics and found her own way to make a difference through the Tandana Foundation. After all, Hope Taft has been involved in nonprofits her entire adult life, as so many women in the Taft family have been. Bob Taft now teaches at the University of Dayton.

“I always was really interested in the big question of what it means to be human and different ways of being human. How people of different cultures express similar values but in different ways,” she said. “It’s all grown out of these personal connections.”

Ever since then, Tandana has been helping groups of volunteers travel from the U.S. to the communities where the foundation works. The goal is to make connections, help with projects that residents of the communities suggest and to learn to see the world a bit differently, just as Anna Taft did.

A group of 11 students and two faculty members from the University of Cincinnati will be next to make the trip on April 29.

“The students always have a wonderful time,” said Valda Bronston, the associate director of UC’s Ronald E. McNair Post-Baccalaureate Achievement Program. This will mark the fourth time Bronston has taken UC students on the trip to Ecuador.

“We always think that we’re going to do the teaching, but we come back so much more enriched,” she said. “We understand and appreciate that you can enjoy life on a simpler level.”

‘Part of something bigger’

When Bronston plans service-learning trips with Tandana, she opens them up to the McNair Scholars first to give them the opportunity to study abroad.

McNair was born in a small South Carolina town and went on to earn a PhD in physics from the Massachusetts Institute of Technology and become an astronaut. He died in 1986 when the Space Shuttle Challenger exploded. The federal program that bears his name is aimed at increasing opportunities for disadvantaged, low-income students who, like McNair, are the first in their families to attend college.

“I believe Anna also has the same appreciation for people that are underrepresented and understands the importance of their getting an opportunity to experience something amazing,” Bronston said.

Joseph White is one of the McNair Scholars going on the trip. This will be his third time outside the U.S. He visited Morocco early last year and went to Cuba in December.

A junior at UC who grew up in Finneytown, White said he’s looking forward to being “useful” while he’s in Ecuador but expects to gain a lot from the experience, too.

“I am excited to see another part of the world and hopefully learn something over there that I can’t learn here,” he said. “That’s kind of my motivation for traveling.”

White and the other UC students going to Ecuador will be teaching English during their visit.

At a recent class, they practiced their lessons on their fellow students and ran through the activities they will be doing with the children they meet.

One group will be teaching about the seasons. Another will teach about sports and play a version of “sports Jeopardy” with the kids. And another will help the children make lava lamps with water bottles, vegetable oil and food coloring.

Maren Sprunger is a second-year education major at UC. Her first trip with UC was to Costa Rica, where she said she learned a lot about being more independent.

She said she’s looking forward to going to Ecuador to learn about a whole new culture and meeting more children who are genuinely excited about learning and view school as a privilege.

“I think learning about that and other cultures, it can potentially help me figure out ways to help kids get more engaged,” she said.

The trip with Tandana will be the first time Mariah Emery has studied abroad. She’s a third-year student studying communications sciences and disorders.

“I knew that I wanted to be part of something bigger than myself and experience a different culture before I graduate from college,” she said. “I’m just wanting to gain a different perspective.”

Bronston said she’s confident the trip with Tandana will deliver.

“From the minute they know we’re coming back … they are just beyond efficient, beyond attentive. They’re so thorough,” she said. “I can’t imagine working with another foundation, and I can’t wait for the students on this trip to learn from the Tandana leaders.”

But it’s not just the way Tandana treats its volunteers that sets the foundation apart.

Anna Taft also designed the organization to collaborate with the communities where it works.

Instead of going to Ecuador or Mali with a preconceived idea of what the people there need, Taft and her team ask the communities what would be helpful and then work to make those projects happen.

In Ecuador, for example, Tandana provides scholarships so young people can go to high school and change their families' lives. In Mali, Tandana has helped start grain banks and cotton banks. That way, communities can purchase extra cotton and grain at lower prices immediately after harvest and store it so it can be sold to villagers at a constant price throughout the year, said Hope Taft, who serves as president of the Tandana Foundation board.

“We’re very much into food security, economic security, environmental security and education, both in Ecuador and in Mali,” she said.

The foundation also helped start a literacy program in Mali so that the women who operated the cotton bank could keep their own books.

“It all leads to excited people that are very thankful for whatever help we can participate with them as a partner to accomplish their goals,” Hope Taft said.

But just as importantly, the foundation aims to make sure the volunteers that work with Tandana get at least as much as they give during their trips, Anna Taft said.

“It’s always this two-way exchange where hopefully everyone learned something from each other, and everyone gets something positive out of the interaction,” she said.

It’s the kind of win-win that every good politician hopes for, making Anna Taft part of her family’s storied legacy without having to run for a single office.

More information about the Tandana Foundation and how you can get involved is available online.