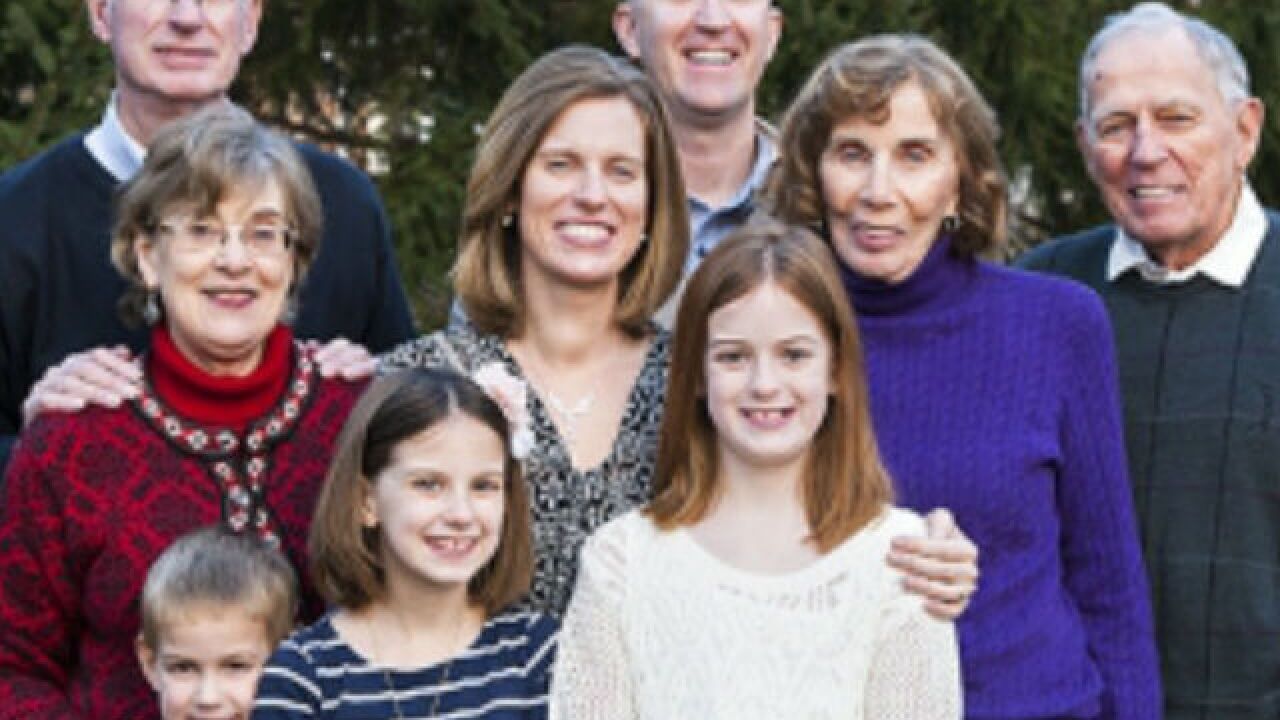 <p>The Pope family has had many members in Mariemont City Schools over the years, dating from the 1930s. And there have been three marriages of couples in the family who met in the school system. Provided</p>

MARIEMONT, Ohio -- Tradition runs strong in Mariemont City Schools, especially for members of the Pope family. Three children descended from the line currently attend Terrace Park Elementary, but the family’s history in the district dates back to the 1930s.

The Grove siblings were the first to attend school in the district, starting in the 1930s. Both Frederic and Jean Grove attended Mariemont schools from kindergarten through graduation in 1944 and 1945, respectively. Their mother, Gertrude Grove, also was involved in the district, teaching at Terrace Park Elementary in the 1940s and ‘50s.

After graduating from Mariemont High School, Jean Grove went on to study aeronautical engineering at Purdue University. Her interest in the field began when she was a Civil Air Patrol cadet while still in high school. She also was involved in extracurricular activities including track and tennis.

“They were all positive experiences and good memories,” she said.

While studying at Purdue, she met Jack Pope. The two wed and had three children.

She acknowledged Mariemont as a good school district but said tradition didn’t necessarily play a role in the decision to raise her own family in the area.

“I just lucked out,” she said.

She and her family were living in Spokane, Washington, when Jack Pope’s job transferred him to Cincinnati. The family moved to Mariemont because they liked the area, and it was close to her parents.

“It was just a nice place to live,” she said.

She especially liked that her children were able to walk to and from school.

“We had a lot of conveniences there,” she said.

Like his mother, Michael Pope was involved in extracurricular activities at Mariemont High School. He was active in student government, serving as class president his junior year, and played basketball. He still holds the scoring record of 48 points in a game.

While in the district, he met his high school sweetheart, whom he later married. Kay Steigerwald Pope was very involved in school activities as well, including band, theater and student government. She was salutatorian of her and Michael Pope’s graduating class in 1965.

The abundance of extracurricular activities was one of his favorite things about Mariemont schools and one of the things that made he and Kay want to raise their own family in the district.

“Everybody could find something that was of interest to them,” Michael Pope said.

The quality of the education and size of the schools were a draw, too.

“They prepared everybody very well for college,” he said.

Like his parents, he and his wife moved away from the area. After finishing college – he at Cornell University and she at Wake Forest University and Ithaca College – they lived in Louisville for about 10 years.

They moved back to Mariemont in 1978, and their daughters, Cindy and Leslie, attended school in the district.
Cindy Pope, who graduated in 1989, was involved in chorus, rowing and AFS (American Field Service) International Exchange Club. She credits her experiences through AFS for preparing her for college and her career as head of the geography department at Central Connecticut University.

Leslie Pope, who graduated in 1996, was involved in swimming and basketball, but her favorite extracurricular activities were tennis and theater. She played tennis all four years of high school and performed in musicals including “Bye Bye Birdie” and “Godspell.”

“Luckily, going to such a small school, you get to be involved in a lot,” she said.

During her junior year, she began dating Jason Willett, who was a senior at Mariemont High School. The two continued dating through college and wed after she graduated from Miami University in 2000. They are the third married couple in the family to have met at Mariemont High School, in addition to Kay and Michael Pope and Frederic Grove and his late wife, Mary.

They also followed suit with their elders by moving away from the area. However, after living in Indiana for about 10 years, they were ready to return to Mariemont.

“There was never a question in our mind that we would someday move back here,” Leslie Pope Willett said.
When their oldest daughter started first grade, they realized that the time had come to return to a smaller district.
“In Indiana, our daughter was one of 35 – maybe 30 – in a classroom; now she’s in a class of under 20,” Pope Willett said.

Tradition is very much a part of daily life for the Willets, whose children are the fifth generation involved in Mariemont City Schools. Not only did they move back to the area, they bought Leslie’s childhood home from her parents and are raising their own family there.

In addition to the small class sizes in the school district, the quality of education and the sense of community are what brought them back and a big part of what has kept the family in the district so long, she said.

“Our neighbors have been so helpful with everything from rides to meals when you’re sick,” she said.

She and her husband have three children in school at Terrace Park Elementary – fourth-grader Ella Willett, second-grader Delaney Willett and kindergartner Matthew Willett.