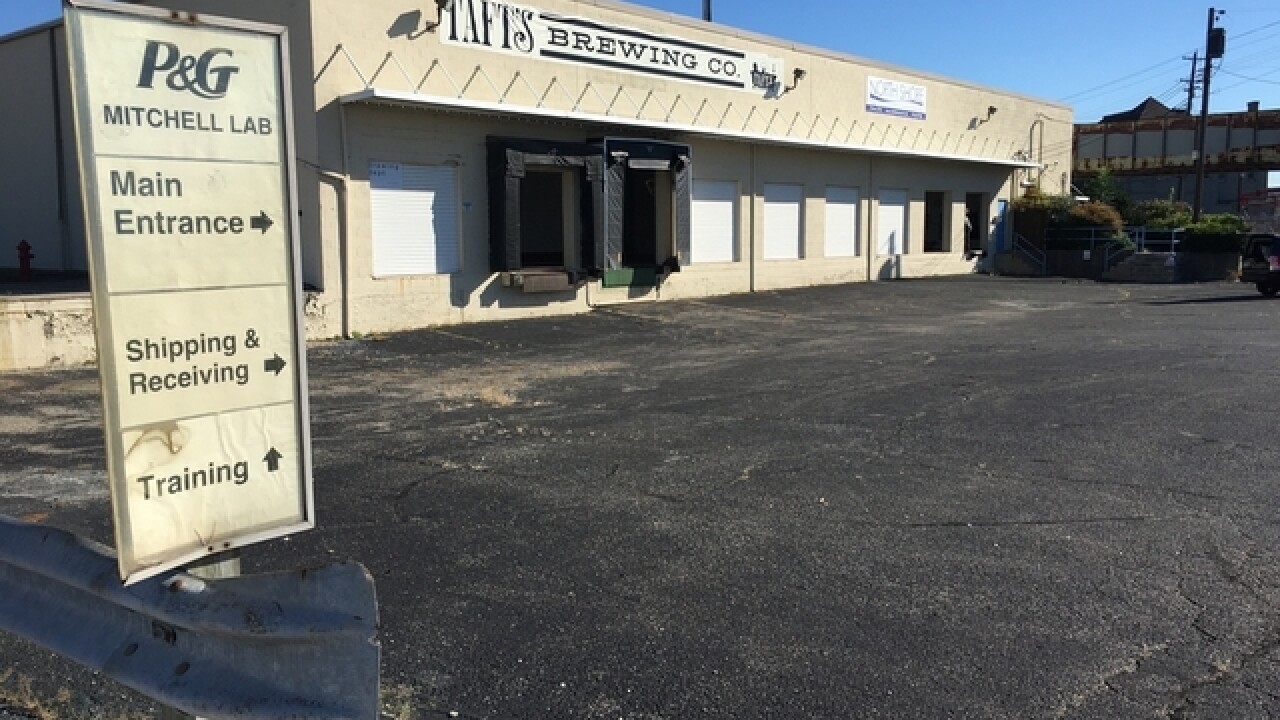 CINCINNATI — The owners of Taft’s Ale House announced Tuesday that they will begin work this October on a new 50,000-square-foot facility in Spring Grove Village.

"We wanted to bring an entertainment venue to this area of the city with the ability to build out as needed," Williams said. "We plan to open by May 1."

Williams and Kassling, with the backing of more than a dozen equity partners, plan to spend about $6 million to turn the former P&G laboratory into a "Brewpourium" taproom, beer garden, brewhouse and distribution facility.

The original Taft’s Ale House opened on Reds Opening Day in 2015 inside the historic St. Paul’s Evangelical Church at 1429 Race St. in Over-the-Rhine. The owners, along with help from 3CDC, invested nearly $9 million into rehabilitating the church, which had sat abandoned for 48 years. That location will remain open once the new facility is complete.

Besides welcoming fans of Taft's beer to the West Side, the Spring Grove location also will serve as a central location for future distribution of Taft's beer across Ohio, according to head brewer Kevin Moreland.

"We'll start making beer here by mid-April," said Moreland. "We will do our own distribution for the whole state of Ohio."

Though the owners have not yet finalized agreements for where exactly that beer will be shipped and sold, they purchased a state-of-the-art brewery manufactured in Germany to increase their production. That brewery will contain a 50-barrel, four-vessel brewhouse with the capacity to brew six batches of beer a day. Canning machinery purchased from Wild Goose will then be able to produce 88 cans of beer per minute.

On the front end of the new facility, Moreland said there are plans to replace the building's loading bay doors with retractable glass windows that will connect the "Brewporium" taproom and outdoor beer garden patio facing Spring Grove Avenue.

The new location will not serve food like the original Taft's but will make room for a rotating list of food trucks. Moreland said Taft's plans to launch its own food truck sometime in the near future.

Moreland and Williams said visitors also can expect to see a bigger list of craft brews in the Spring Grove taproom compared to the Over-the-Rhine location.

To kick off the expansion, Taft's has launched the Great American Beer Race, in which customers can vote for their favorite beer out of a field of four.