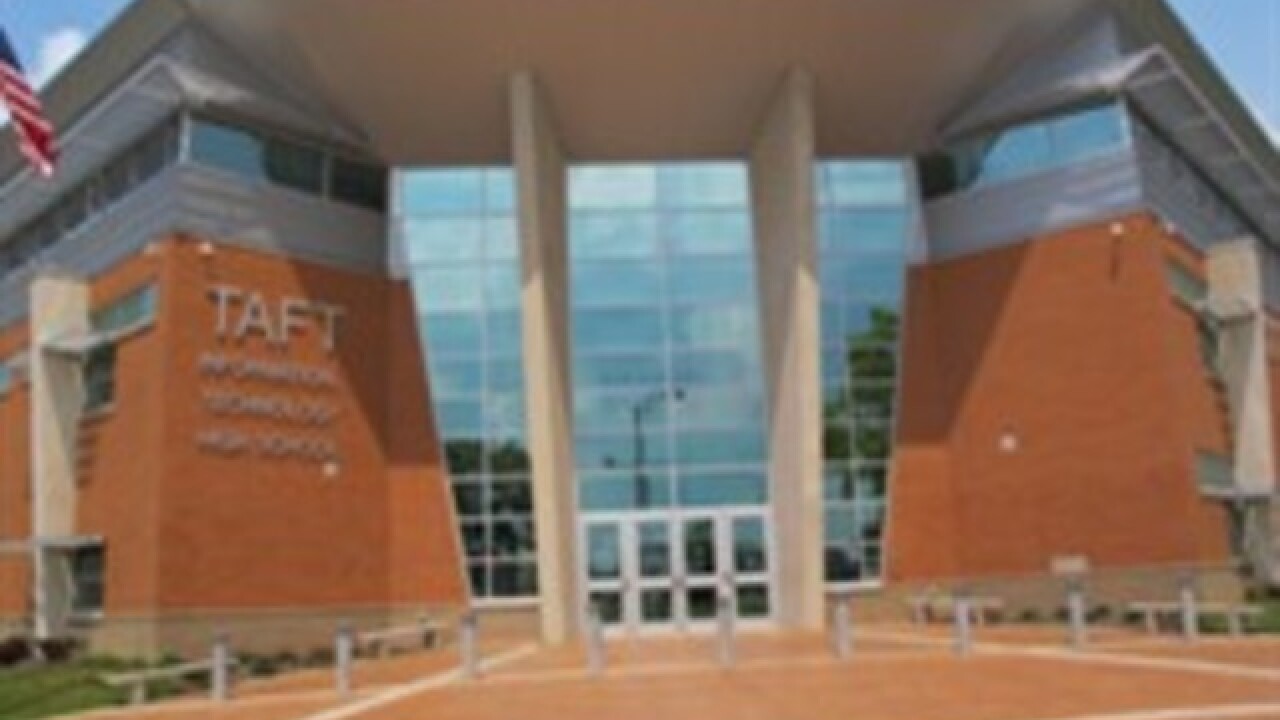 CINCINNATI -- Students at Taft Information Technology High School don’t have to go far to visit a doctor. Starting this school year, all it takes is a walk down the hall.

Cincinnati Public Schools -- in partnership with the Cincinnati Health Department, Interact for Health and Growing Well -- opened a school-based health center at Taft IT High School this month.

The grants, totaling $270,000, covered the cost of planning, renovations to a portion of the school and startup costs, including equipment and salary support.

The health center is expected to be self-sustaining by its second year of operation.

“We want them to continue after the funding and to be in business on their own,” said Francie Wolgin, senior programming officer of School Aged Children’s Health for Interact for Health.

The center – one of 23 operating within the district’s 55 schools – is part of a growing trend in the district and the region. Fairfield and Hamilton City Schools both opened school-based health centers this year.

“I think we started the trend because we have more health centers than in all of the other districts in the state combined,” Ronan said.

Accessibility for students is one of the main reasons for the increased popularity of school-based health centers, Wolgin said.

“The fact that they can have their basic health care needs met in a user-friendly environment is a big part of that success,” she said.

“One of the greatest impacts that I hope to see is that the school experience for a student will become a little less daunting when it comes to having to deal with health issues,” said Taft IT High School Principal Michael Turner.

“It’s a benefit to the city in that we’re going to have more productive citizens who are hopefully going to be healthier,” he said.

While students may still miss some class time for appointments, they’ll still have opportunities to learn. Doctors and nurses will take advantage of their time with patients to teach them about health education topics like healthy eating and fitness.

“This is a good way to bring health to the forefront for our students,” Turner said.

The school’s approximately 725 students aren’t the only people who stand to benefit from the health center. Its services are open to students’ families and school staff members as well.

“For staff, that would be really convenient,” Ronan said. “You wouldn’t have to take off work and leave.”

In the future, the center is expected to serve students at the district’s nearby Virtual High School. Services may also be opened up to students at Hays-Porter Elementary, if the building doesn’t get its own school-based health center.

Two more health centers opening in late August and early September will serve Cincinnati Public Schools students from locations near their schools. One center is slated to reopen Monday in the Cincinnati Recreation Center near William H. Taft Elementary. The other is expected to start operating at the Children’s Home in Madisonville and will provide services to Shroder High School students.