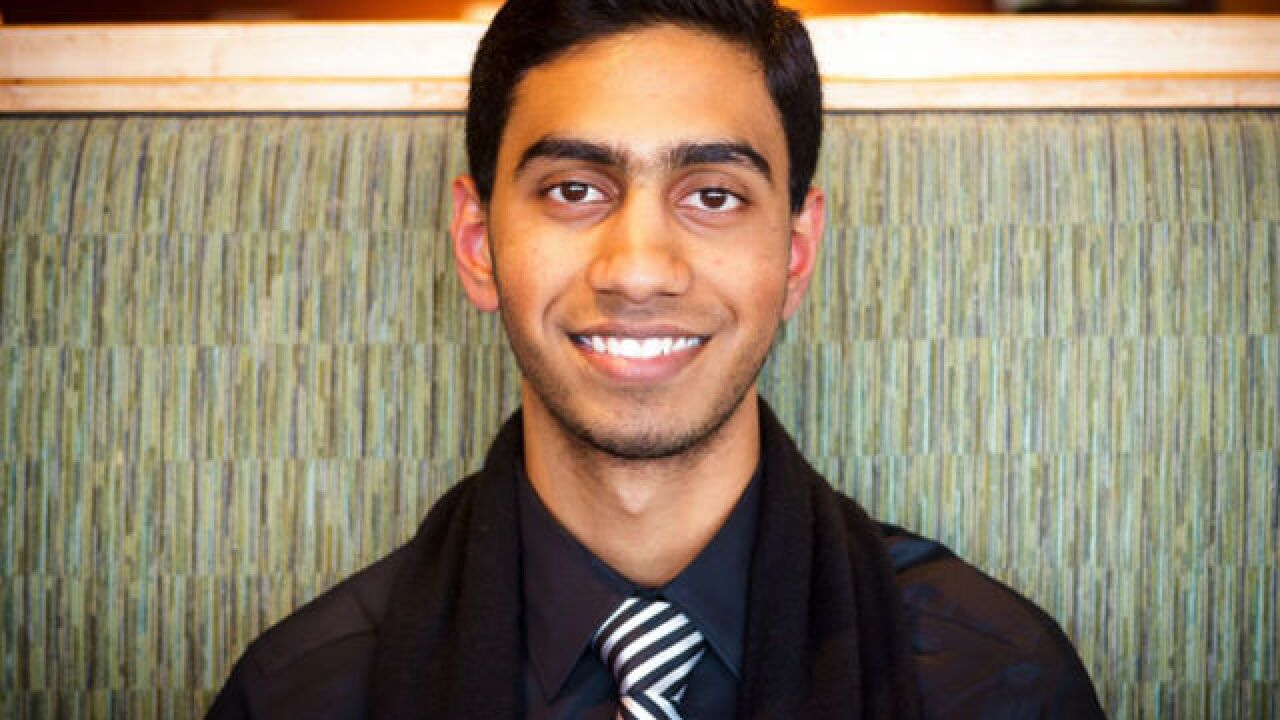 SYCAMORE TOWNSHIP, Ohio — Sycamore High School will send one of its graduates off for space exploration this summer.

In the months between finishing high school and starting college at Ohio State University, Divyesh Balamurali will be studying exoplanets as part of a citizen science project with ties to NASA.

The Planet Hunters citizen science project uses data from NASA’s Kepler spacecraft  to determine where exoplanets are and categorize them based on their characteristics. Exoplanets, or extrasolar planets, are planets that orbit a star other than the sun.

He also will intern with the Ohio chapter of the Mars Society studying how Mars compares terrestrially with the outer planets, Jupiter, Saturn, Uranus and Neptune.

“This has been a passion of his from a really, really young age,” said Frank Forsthoefel, superintendent for Sycamore Community Schools.

Balamurali, who was born in Oman, initially took an interest in planets and outer space around age 5, when he began playing games and reading books on the subjects.

After moving to India in 2004, Balamurali’s family moved to the United States in 2006. He embraced the increased opportunities he found in Cincinnati, becoming involved in extracurricular activities and seeking out others who shared his interest in astronomy.

He particularly enjoyed building rockets, a hobby that led him to enter a science fair his freshman year of high school.

He didn’t expect to participate in another science fair, but when he began taking a science capstone class his senior year, he soon found out it was a requirement. What he didn’t know is that his second science fair would lead to his upcoming internship with the Mars Society.

“I’d been doing online classes … on astronomy, so I wanted to do something along those lines.” Balamurali said. “One of the topics we had talked about was exoplanets, and given that that’s one of the biggest mysteries of the universe, I want to go into depth with that.”

He partnered with his best friend, Sabari Subramanian, who helped with mathematical aspects, like constant intervals. Together, they sought to determine the likelihood of exoplanets like Earth around a star similar this solar system’s sun.

His astronomy pursuits won’t stop with this summer’s internship and citizen science project. He plans to double major in astrophysics and aerospace engineering at OSU and hopes to get involved in a research project there.

He’s also crossing his fingers for a co-op with NASA next summer.

While working on his science fair project, Balamurali’s teacher, Beth Quinones, helped him in his pursuit of answers, connecting him with friends of hers working at NASA. It was while talking with one of these experts that he found out about NASA’s co-op opportunities. He applied and is being considered for a co-op in the summer of 2017.

Ultimately, he hopes to be the next Elon Musk, he said referring to the founder, Chief Executive Officer and Chief Technology Officer for rocket manufacturer SpaceX.

“Seeing as how little money we have that we can spend on actual rockets, I tried to think of something that I could do,” Balamurali said. “And the first thing that came to mind was doing something along the lines of SpaceX.”

“So I’m thinking I could either work with them, or have my own company going,” he said.

While Quinones played an integral role in the path to Balamurali’s internship, many people have contributed to bringing him to where he is.

“My parents are both engineers, so I think I had that running in my blood,” he said.

He also credits his math and science teachers at Sycamore with fueling his interest.

“Definitely, I think from junior high to high school, it’s a hard transition, but my teacher there, Mr. (Kiyoshi) Tanaka, who is a math teacher, helped us with that transition,” Balamurali said. “He got me into the mindset of science and math.”

“What’s affirming for us is that we have programming in this district which has allowed his passion to grow,” Forsthoefel said.